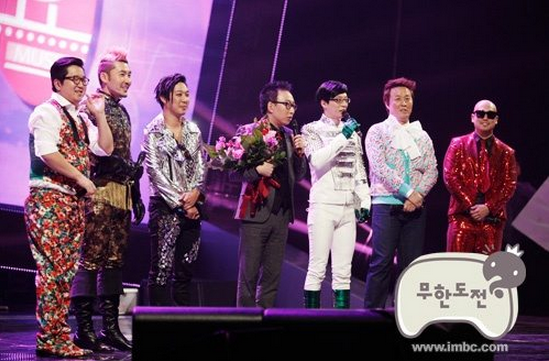 The nation’s most loved variety show, MBC’s “Infinity Challenge,” has set the date for its biennial music performance. The festival is scheduled to be held on October 17 with a night club theme.

Producer Kim Goo San revealed to news outlet OSEN, “If everything goes as planned, we will film the show on the 17th, and the episode will air on the 26th.”

He added, “As there are always unexpected changes when it comes to filming ‘Infinity Challenge,’ the location has not yet been set in stone.”

During the years, “Infinity Challenge” has been holding successful shows with numerous celebrity guests. This year Yoo Hee Yeol, Kim C, BoA, G-Dragon of BIGBANG, Primary, Jang Gi Ha and the Faces, and Rose Motel have been paired up with the members, and the line-up of artists representing a variety of genres is raising anticipation amongst fans.

The hit variety show is known for donating the earnings from the sales of their songs to charity, and they have been said to continue their tradition. Right after the festival ends, the songs will be available for download on all major music sites, and all of the profits will be donated to those in need.