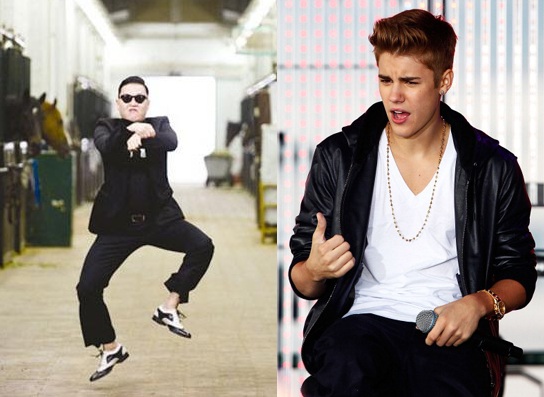 On October 9, Justin Bieber, celebrity agent Scooter Braun, and about a dozen artists participating in Justin Bieber’s concert got together to have a dinner party at YG’s cafeteria. Previously garnering attention for its quality of service and food, the YG cafeteria seemed to have also pleased the taste buds of Justin Bieber as he enjoyed the abundant variety of Korean food.

Instead of going to a five-star hotel’s restaurant or the most prestigious restaurant in Korea, Justin Bieber’s dinner at YG’s cafeteria was apparently due to Scooter Braun’s recommendation. Braun, who has a deep relationship with YG Entertainment through the singer PSY, fell in love with the cafeteria food last year after being invited to eat with Yang Hyun Suk. After falling in love with the skillfully prepared food, Scooter Braun has since had the role of sharing the delicious nature of the food with other Hollywood personnel.

Furthermore, Justin Bieber’s craving to try the YG cafeteria food may have been stimulated by the fact that top Hollywood stars who have visited Korea, such as actors Will and Jayden Smith, and Jazz legend Quincy Jones, have spoken high praises of the cafeteria food. It has also been relayed that when actor Will Smith tried the representative Korean Food, Bi Bim Bap, he repeatedly expressed the word “Wonderful.”

At the dinner on October 9, Justin Bieber and staff were catered to the traditional family style dinner of white rice and other platters such as Bulgogi, different types of Jeon (different types of food fried with a pancake-like mix), fish, and vegetables. It was reported that everyone enjoyed the dinner to the point of refilling their rice bowls numerous times, and afterwards, thanking and complimenting the kitchen chefs.

After dinner, Justin Bieber moved to the second floor of YG Entertainment and spent time with G-Dragon and producer Teddy, enjoying a long, friendly chat before leaving.

Recently, YG’s cafeteria has been garnering massive attention, not only amongst foreign celebrities, but amongst Korean celebrities as well. “K-Pop Star 3‘s”  new judge, singer and producer Yoo Hee Yeol, commented on the cafeteria, “I have big expectations on eating at YG’s Cafeteria,” validating the cafeteria’s status as a famous restaurant.

Moreover, the cafeteria has also been mentioned by famous variety shows in the past. In addition to SBS’ “Running Man” and “K-Pop Star,” which have given broadcasted reviews of the cafeteria’s deep flavor and taste, the recent episode of MBC’s “Infinity Challenge” also portrayed the cafeteria as a background setting for G-Dragon and Jung Hyung Don. On the episode of “Infinity Challenge” that was aired on September 28, the YG cafeteria served as the place where partners G-Dragon and Jung Hyung Don displayed their chemistry, allowing people to become even more familiar with the eatery.