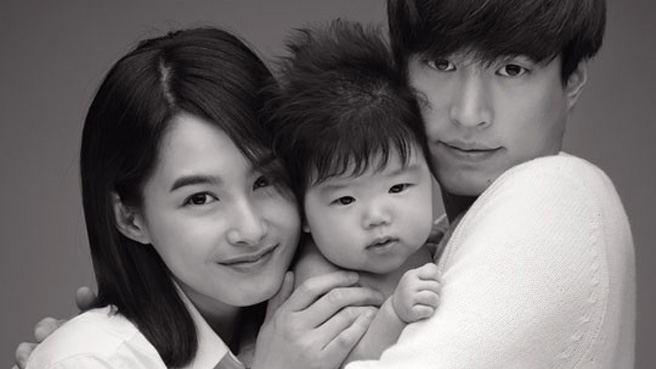 Tablo of Epik High is about to make his return to the variety show scene, as he will be joining KBS2 “Superman Returns” with his daughter Haru.

“Superman Returns,” which aired its special pilot episode this past Chuseok, is a show where the mothers suddenly disappear, and the fathers are challenged to take care of their children for 24 hours. The program was well received by the viewers, and it has now been extended to a full season.

The hip hop artist and his 4-year-old daughter Haru will be appearing on the show along the families of judoka Choo Sung Hoon, entertainer Lee Hwi Jae, and actor Jang Hyun Sung. As Tablo is the youngest father of the group, viewers are already anticipating to see how he will spice up the show.

Actress Kim Hye Jung and Tablo tied the knot in 2009, and their daughter was born soon after. She is an adorable mix of her parents’ features, receiving her big eyes and feminine look from her mother, and her sense of humor from her father. According to the rumors, she conviced the producers with her goofy nature and great amount of talent.

“Superman Returns” is scheduled to start airing in November, and the two are currently preparing actively for the show.