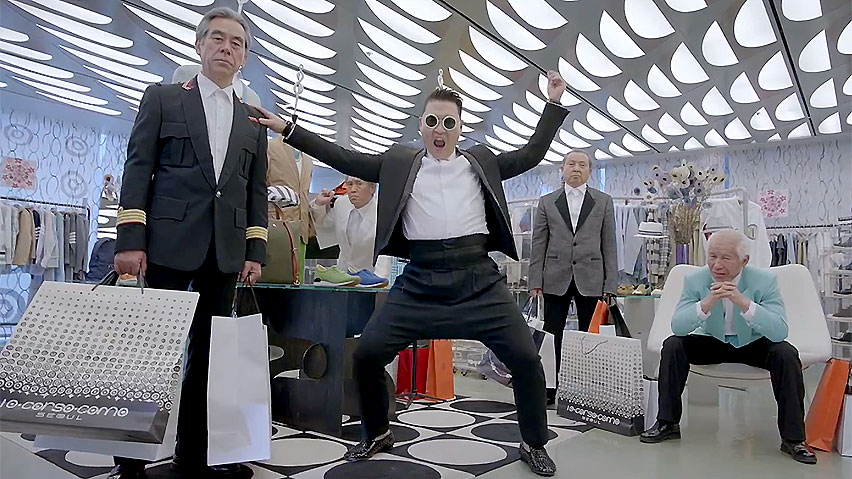 PSY: “‘Gentleman’ Was Not a Suitable Song for Me”

Singer PSY recently confessed that he did not feel comfortable promoting his song “Gentleman.”

The world star held one of his year-end concerts titled “2013 All Night Stand” on December 22, and impressing 12,000 fans came to enjoy the star’s energetic live show. During a break between the songs, PSY reflected on his recent global breakthrough, “‘Gangnam Style‘ is a song that was definitely not directed at the international audience, but still I found myself asking ‘Really?’ every day as unbelievable things kept happening. It felt like a hidden camera. I wondered why this happened to me and released ‘Gentleman.'”

After taking over the world with his hit “Gangnam Style,” PSY unveiled the follow-up song “Gentleman” in April this year. However, neither the fans nor the industry experts gave the song thumbs up, and the song did not become a popular hit. The singer confessed, “‘Gentleman’ was not a suitable song for me. ‘Gangnam Style’ was not specifically directed at anyone, but when I was producing ‘Gentleman,’ I continuously thought about the foreign audience and if they could pronounce the lyrics. It was not writing lyrics, but more like practicing linguistics. I was very stressed because of it, so for my upcoming song, I went back to the beginning and stayed true to my gangster attitude. Now that I have changed my way of thinking, working feels much better.” He received a loud applause from the crowd, who felt touched by his courage to open up about the hectic year.

PSY will be releasing his new song in the beginning of 2014.