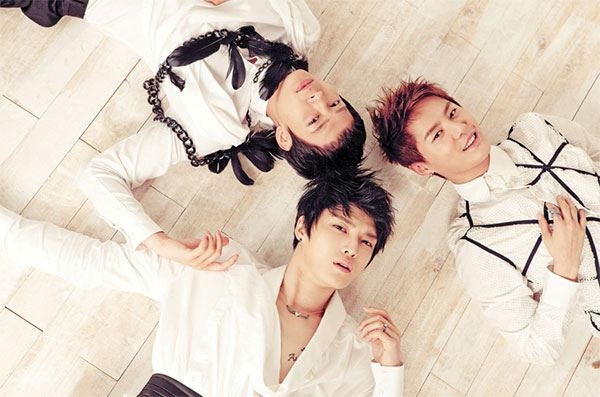 Book “JYJ Republic” Will Follow the Fandom of JYJ

A new book following the activities of JYJ’s fandom will be released on December 26. Celebrating the members’ 10-year anniversary since their debut back in 2003, JYJ will be described through their fan’s eyes.

“JYJ Republic” will follow the perspectives of JYJ’s fans, recording the strength of K-Pop fandom. The book will portray the unifying fandom through both the success and the hardships of JYJ’s Junsu, Yoochun, and Jaejoong. Furthermore, the book describes the fans’ efforts to assist the group’s lawsuit against their former agency SM Entertainment, advertisement against the corrupt television companies, donations toward society, and many more actions in order to uplift the members of the group. Ultimately, the book encompasses the constant support of the fans throughout every possible scenario.

A representative commented, “The writer, who became a fan of JYJ while covering the fandom, looks warmly towards JYJ and their fans after being included in the warm community of the fans, rather than being on the outskirts. Also, the book represents the method of “research the fandom as a fan.”‘

The author described group’s fans as a ‘republic’ because of the fandom’s traits and personality that represent a republic. If you want something interesting to read, “JYJ Republic” is the perfect book to grab.