JYJ’s Kim Jaejoong Rocks Out at Solo Concert in Gwangju

JYJ‘s Kim Jaejoong was receiving lots of local love in Gwangju for the second concert of his first nationwide solo tour. The concert titled ‘2014 Kim JaeJoong 1st Album Asia Tour Concert in Gwangju‘ was held on January 11, and fans were cheering on Jaejoong with their unique Gwanju dialect, while holding banners that read, “I can’t breathe without you.” The singer responded to the concertgoers in the Gwangju dialect saying, “Gwangju is very good today! Have Fun!” Jaejoong’s concert began with the rock songs “9+1#” and “Butterfly.” He also performed many of his hit songs including “Don’t Walk Away” and “Now is Good.” He finished the exciting night with an encore performance of “Mine.”

Kim Jaejoong is scheduled to perform in Seoul at Koryo University on Janauary 25 and 26. 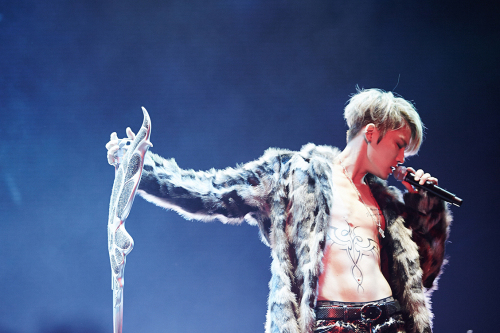