If asked “What is the first Korean music you were introduced to?” how would you respond? Fans from the 90’s might say H.O.T., Seo Taiji and Boys, g.o.d, Fin.k.l and etc. More recent fans may respond with Girls’ Generation, Big Bang, Wonder Girls, 2NE1, and etc. However, if you were to ask the same question to an American in the 1960’s, they would most likely respond with “The Kim Sisters.”

Wait, the Kim Sisters? Who in the world are they? “The Kim Sisters” was a popular female music trio from Korea composed of sisters Sook-ja, Ai-ja, and Mia (Mia is actually a cousin of the two, but was considered a sister) who battled poverty and hardships on their journey to becoming a top act in the glittering light filled city of Las Vegas, as well as becoming a favorite guest on the popular Sunday night variety show “Ed Sullivan Show.” Lets take a look at their amazing story that begins with their musically talented family in war ravaged Korea during the 1950s.

The story of the “The Kim Sisters” begin with their musically gifted family. The mother of Sook Ja and Ai-Ja, Lee Nan Young, was a famous singer in Korea before the war, most known for her 1935 hit “Tears in Mokpo,” and their father Kim Hae Song was also a successful conductor. The sisters would lose their father during the war and the bombings would destroy their home. Lee Nan Young continued to support her family with performances for the GI troops stationed in Korea, when one day she decided to make the trio “The Kim Sisters,” composed of her daughters Sook-ja, Ai-ja, and niece Mia. Thus the group began, and the trio began singing together during their early teen years for GI troops stationed in Korea.

The thee children would begin performing in 1954 for chocolate and beer in which they would exchange for food. Without knowing English, the members had to phonetically memorize the songs for their performance. They continued to receive support and love from the GI’s with their performances of country hits like “Ole Buttermilk Sky” and “Candy & Cake.” After hearing numerous promises from GI’s saying that they would take them to the US to perform, the girls began to dream of performing in America where they could make big bucks and support their family. Their big break occurred in 1959 when Tom Ball, after learning about the trio through a GI, offered them a four week contract to perform at the Thunderbird Hotel in Las Vegas for the Asian themed show China Doll Revue. Thus, the trio began their adventure filled journey to the USA.

The girls were just teenagers when they arrived in L.A. No family members accompanied them on the trip, and the teenage girls were in an unfamiliar place. After arriving in L.A. they were driven to Las Vegas with road manager Bob Mcmackin. The three managed to earn 400 dollars a month as they lived together in their small apartment and survived on tuna sandwiches. Their first contract with the Thunderbird hotel lasted four weeks where they performed two shows a night alongside Japanese, Chinese and other Asian performers.During their time there, they were recruited to perform at the Stardust hotel where they performed for eight months doing six shows a night.While performing at the Stardust, the trio started to learn how to play many instruments at the urging of their wise mother Lee Nan Young.

After performing at the Stardust for eight months, the group was noticed by the charismatic TV host Ed Sullivan and he invited “The Kim Sisters” to perform as guests at his show. The group performed “Sincerely” by the Maguire Sisters for their first performance on the Ed Sullivan show. From there, they began getting more offers for shows across the U.S. and were also featured in Life Magazine. Their relationship with Ed Sullivan grew and the group performed more than 20 times on the show. The group’s talent of playing a variety of instruments would be instrumental for their many guest appearances on the Ed Sullivan Show. The group would be making $13,000 USD a week at the height of their popularity.

With the help of Ed Sullivan they were able to get a visa for their mother Lee Nan Young. Their mother would perform with them on the Ed Sullivan show and she stayed in the U.S. for eight months before leaving back to Korea. Before she left, she requested the group to bring over their brothers which made the group “The Kim Brothers.” The members would perform with a variety of instruments during their performances on the Ed Sullivan Show, and they even learned how to play the bagpipe for the show. The Kim Sisters also helped introduce Korean culture to the Americans by performing with the Korean instrument Gaya-gum, singing Korean songs such as “Arirang” and wearing hanbok.

Though the sisters were becoming successful in the U.S.A., they were also working constantly in an unfamiliar environment. The sisters would have trouble finding food that match their tastes, and Ai-ja would develop jaundice during her time in Vegas. They also had issues with their road manager Bob Mcmackin who they believed took advantage of them by not paying them justly. The Kim Sisters would eventually break ties with the Bob Mcmaackin after paying him $45,000 USD.

Mia would leave “The Kim Sisters” in 1967 after marrying Hungarian musician Tommy Vig, but the Kim Sisters would keep performing through the 1970’s. “The Kim Brothers,” on the other hand, would keep performing until the 1990’s. Member Ai-ja sadly passed away in 1987 due to lung cancer. Sook-ja would help foster the growth of the Las Vegas Korean community by bringing over 40 extended family members to the city. Though no longer performing, “The Kim Sisters” have made their mark on history as the first Korean group to make it big in America and paved the way for current Korean musicians pursuing their career abroad.

Below are pictures and videos of “The Kim Sisters.” 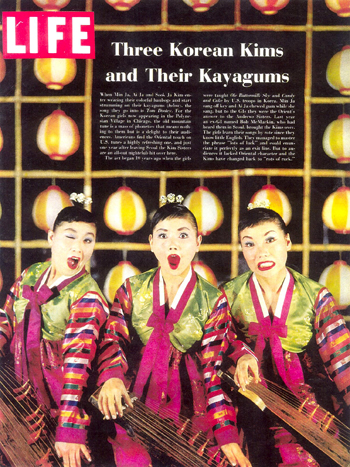 The Kim Sisters performing in Daegu in the picture below.

The sisters pose with Frank Sinatra.

The sisters with Dean Martin.

“The Kim Sisters” posing with guitars.

“The Kim Sisters” with Janet Blair. The mother Lee Nan Young, who started it all. 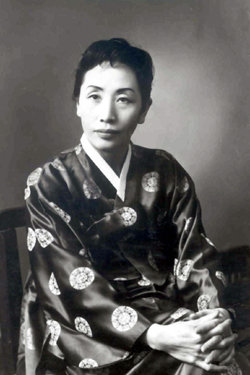 “The Kim Sisters” pose with their mother in front of Harrah’s.

Here’s a clip of performances from the Kim Sisters, the Kim Brothers and their mother Lee Nan Young.

The single “China Nights” from their first album.

the kim sisters
ed sullivan
1960's kpop
the kim brothers
How does this article make you feel?