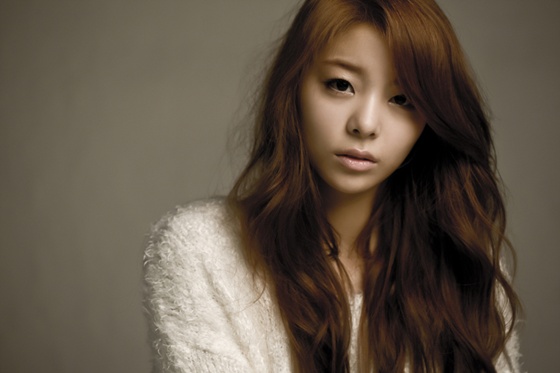 Singer Ailee appeared on the February 2 episode of “Real Men” for a surprise performance at the victory party for the American and Korean soldiers who had engaged in friendly competition all day. The first half of the day, the soldiers participated in various athletic competitions, and then at the end they had a singing talent show. While the talent show was time for the soldiers to relax, the crowd looked absolutely bored and tired. But soon it was time for the last performer of the day, and when a black van rolled up next to the stage, the soldiers guessed what was happening, and everyone was on their feet in a second. When Ailee emerged from the van, the crowd went wild.

Ailee started off with a performance of Beyoncé’s “Crazy in Love,” and then she briefly spoke with the audience, congratulating them for their successful day. When someone requested the song “Eraser” for her last performance, Ailee said, laughing, “That’s Ali‘s song; I’m Ailee,” and she was cool about it. She said, “You must really like ‘Eraser,'” and sang a short bit of the song, before introducing her last performance of the day, “U&I,” where she met huge cheers from the Koreans and Americans alike.