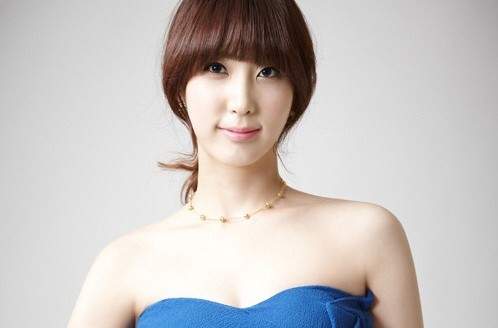 Leeteuk’s Sister, Actress Park In Young, Opens Up About the Loss of Her Family

Actress Park In Young (Super Junior Leeteuk‘s sister) opened up about the loss of her family.

February 24, on Y-STAR’s “Star News Live,” Park In Young had an interview where she spoke about her and her brother’s loss. She said, “I’d be just doing nothing and suddenly become sad, or reading a book and suddenly start crying. My grandmother and grandfather were both suffering from dementia and my father must have had a really tough time, but I was too immersed in my own work and growth as an actress, and was not able to help out much.” She continued, “My father, grandmother, and grandfather, who have left this world first, I miss them so so much.”

On her little brother Leeteuk, she said, “Because we’ve endured together through these tough times, I feel we’ve gotten much closer. I’m so proud of him. He’s like an older brother, and he’s someone I can depend on.” The actress also expressed her thanks and comfort at hearing comments from supporters that it’s good to see her active again after seeing her endure through difficult times.

Currently, Leeteuk is back on his army base, and Park In Young has joined the musical “Be Happy,” which will hit the stage in March.

Park In Young said, “My father said to succeed no matter what. Without being picky over roles, I’ll do my absolute best to be acknowledged as a talented actress.”

be happy
Leeteuk
Park In Young
Y-Star
How does this article make you feel?