Fans are delighted to see stills of Lee Dong Wook’s toned abs and sculpted back muscles.

Ah Mo Ne then found the shirtless Cha Jae Wan when she set out to apologize to him after realizing the misunderstandings between them.

This scene of the sixth episode has been receiving a lot of attention for revealing Lee Dong Wook’s impressive upper body. Lee Dong Wook, with wings tattooed on his back, was able to display his toned body with a chiseled back and a sculpted six-pack.

Viewers showed positive responses, leaving comments such as, “The fact that I drooled should remain a secret,” “I’ve always liked Lee Dong Wook but this scene really made my heart flutter,” “It looks like he worked out a lot,” and more. 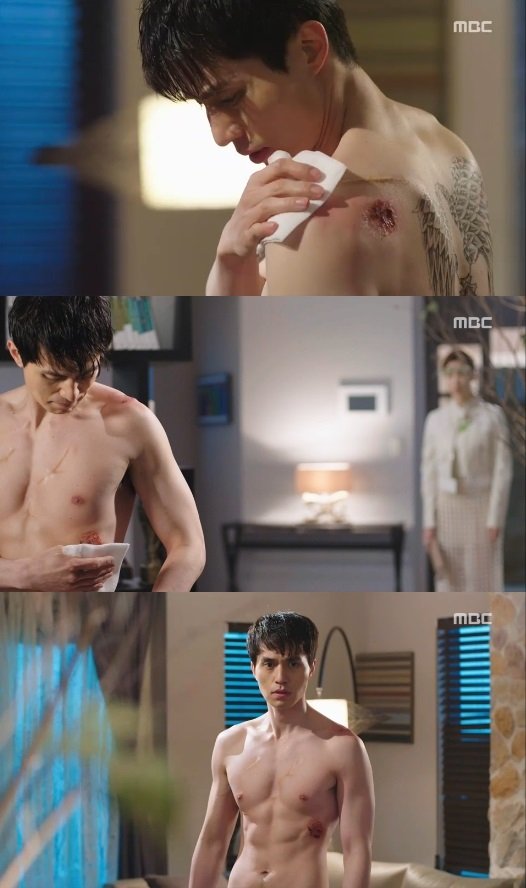