Fans of JYJ‘s Kim Jaejoong have another reason to tune in next week for the premiere of “Triangle”.

At the production press conference of the new MBC Monday-Tuesday drama “Triangle” held today, April 30, at the Imperial Palace Hotel in Gangnam, Seoul, the singer turned actor said he will have “Triangle” as his last drama project before he goes to the army.

“Triangle will probably the last (project) before I enlist,” he said. “Because this is my last drama, I think I will have to work even harder. I will try my best to show you a cool side of me,” he added.

The singer-actor mentioned his plans to enlist at his solo concert in Japan last year. Although the exact time and area where he will enlist is yet to be finalized, the singer-actor says fans could anticipate the comeback of JYJ before that time.

“The time has come for me to go to the army. I could adjust my enlistment anytime if I’m doing solo activities but I’m with JYJ, so there are still a lot of things that I have to consider,” said Kim Jaejoong. “For now, I can say that fans can expect a JYJ comeback by the second half of the year. I think I can finish that and then go to the army,” he added.

Reporters followed up with the question, ” Don’t you feel bad that you can’t sing in music programs before you go to the army?” To which Kim Jaejoong replied, “Of course I feel bad about it. I don’t think there’s any artist who wants to have his activities while hiding himself.”

“Triangle” is a story about three brothers who are separated from each other after losing their parents. They meet again by fate 20 years later without knowing what each has gone through. In “Triangle,” Kim Jaejoong plays the role of Heo Young Dal who lives off collecting private loans in Jeongseon, Kangwon-do. A good-for-nothing person who would even take off his clothes and throw them away just to take a collection, he becomes a boss of a gang.

Here are photos from the press conference: 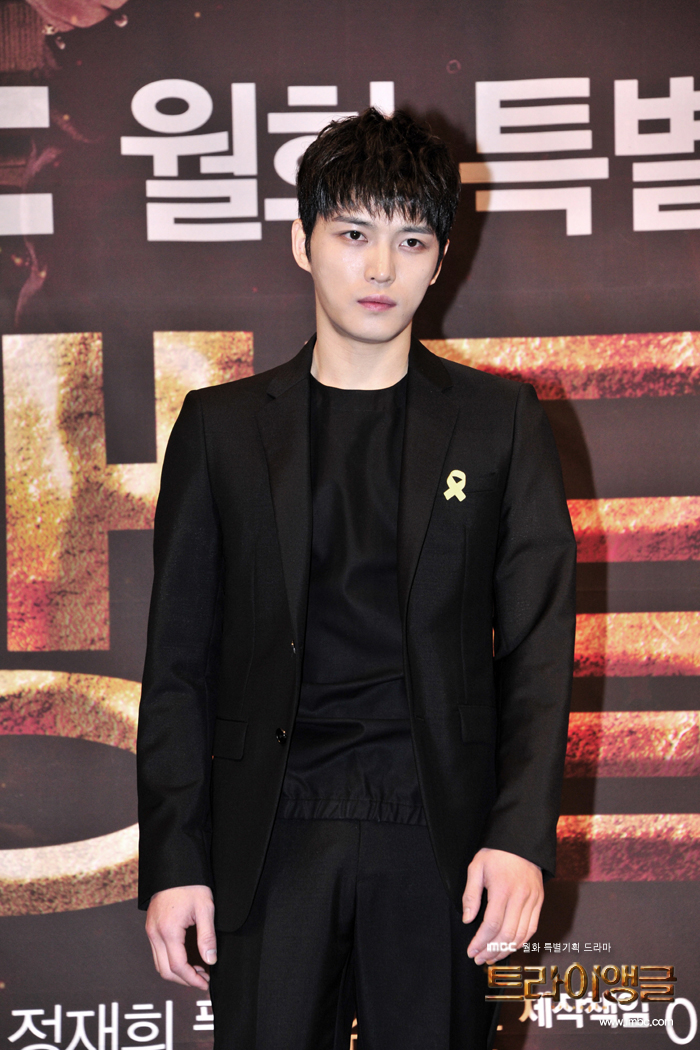 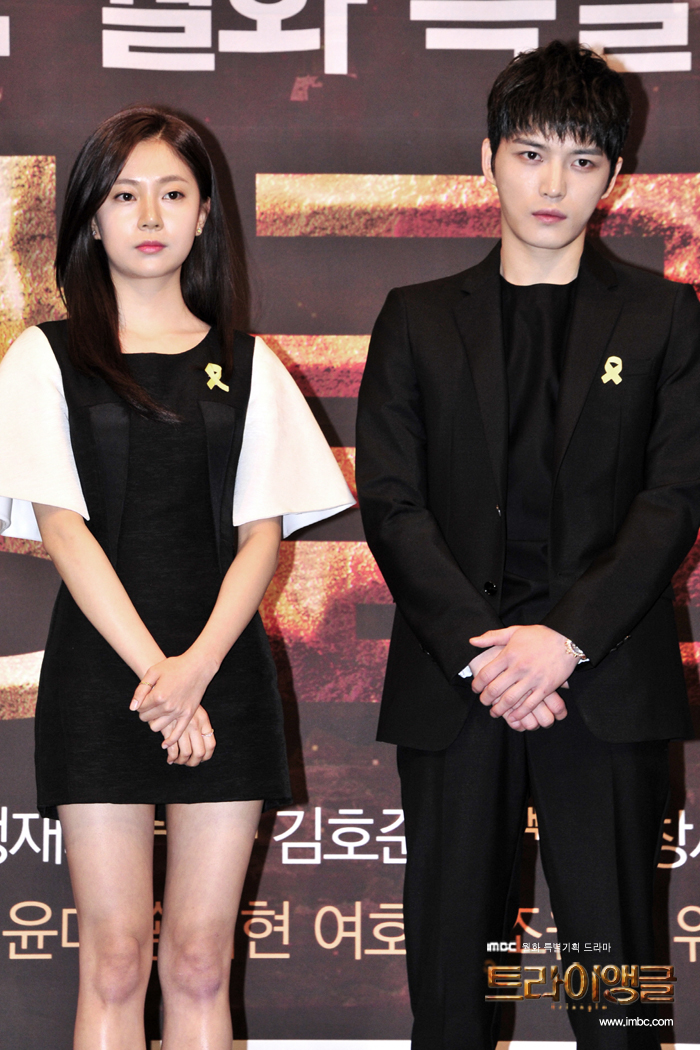 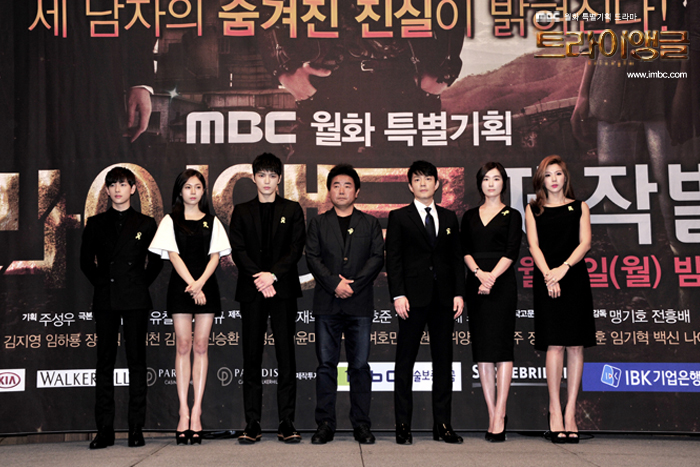 JYJ
Kim Jaejoong
Triangle
How does this article make you feel?