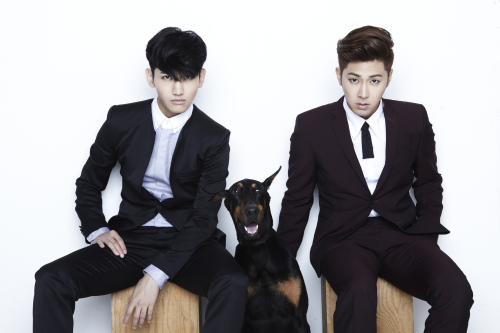 Some Top Stars Withdraw Their Appeal in Publicity Rights Lawsuit

In the so-called “Publicity Rights” lawsuit, some of the famous celebrities that lost the case decided to withdraw their appeal.

According to legal circles on May 5, among the 20 people involved in the case including TVXQ, 2AM, 2PM, Wonder Girls and more, some groups have submitted an appeal withdrawal document to a high court on April 22.

A law representative revealed, “Some of the plaintiffs submitted a withdrawal notice through a lawyer. It’s impossible to ascertain in detail the one who withdrew the appeal.” Thirty-five celebrities filed a claim for damages earlier this year against a Gangnam plastic surgery clinic but lost the case. Among the 35 celebrities, 20 filed an appeal objecting the results of the first trial, but some have decided to drop the claim after consulting with a lawyer.

A person in charge of this lawsuit explained, “It’s hard to identify which people decided to withdraw the appeal. They felt burdened due to the interest coming from the world at the beginning of this lawsuit.” He continued “They still continue to feel wronged. Near the end of the first trial, there were demands to prove the relationship between the individuals and the facts of the case, and [the court] didn’t acknowledge the publicity rights.”

On April 20, the court ruled in favor of the defendant, refusing to acknowledge the concept of “publicity rights.” The defendant was a plastic surgery clinic in Gangnam from which 35 celebrities demanded about 170,000,000 won (~ $170,000 USD) in damages.

As for “publicity rights,” a person has the right to commercially use and profit from advertisements and products using their pictures and signatures.

The justice department explained, “In a situation without positive law and established common law, it’s difficult to accept exclusive property and publicity rights just through the necessity to acknowledge.” The justice department expanded further, stating that it cannot accept the ‘publicity rights’ because legal justification must exist to concretely decide on matters, such as valid prerequisites, the object to protect, and the time something can continue to exist.

The department added, “Even if the ‘publicity rights’ are accepted, taking into account that pictures may be posted on message boards under a category other than promoting the plastic surgery clinic, it will be difficult for the defendant to receive profits.”

Celebrities such as Jang Dong Gun, Song Hye Gyo, Kim Nam Gil, Girls’ Generation, Wonder Girls, f(x), Super Junior, 2AM and 2PM filed a lawsuit against a plastic surgery clinic using their names or photos. Some of these celebrities filed a appeal after the results of the first trial.