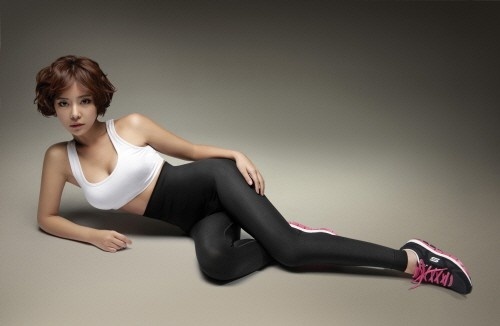 Production company Story TV unveiled the first stills for the upcoming SBS weekend drama “Endless Love” on May 12. The production team for “Endless Love” has been moving locations, shooting in areas such as Gokseong, Taean, Namhae and Gunsan.

Actress Hwang Jung Eum, who plays the role of Seo In Ae, showed off her fervor by devoting time to learn how to box and ride a motorcycle before the drama entered filming. She is shining on set as the fruition of her efforts are paying off. She even surprised the filming team with her extraordinary boxing and motorcycle driving skills.

Hwang Jung Eum’s hair fluttering while driving the motorcycle and her determined look have aroused interest in the synopsis of the drama. On the other hand, there is a picture featuring Hwang Jung Eum with pigtails as she transforms into a pure high school student.

There is excitement brewing over Hwang Jung Eum’s new appearance that she will show that has yet to be seen from her up until now as she has undergone thorough character study for Seo In Ae in “Endless Love.”

“Endless Love” stars Hwang Jung Eum, Cha In Pyo, Ryu Soo Young, Jung Kyung Ho, Shim Hye Jin and Jung Woong In in a star-studded cast. The drama passes through modern Korean history before and after the 1990s, portraying the dreams, ambitions and love storylines of the heroes. The 40 episode drama’s first episode airs on June 21.