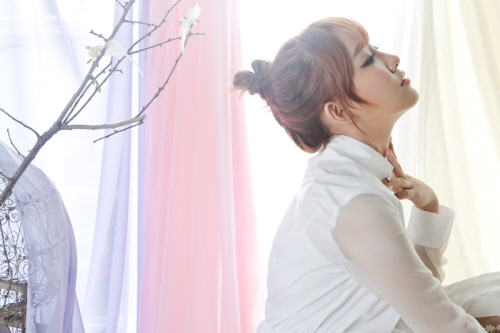 In the pictures, Younha can be seen playing the keyboards and rehearsing with her band members.

Younha expressed determination for her first small venue concert “Secret Garden” which will kick off next week. She is particularly paying attention to her live performances, rehearsing hours everyday with her band and checking every little point herself. She was smiling throughout the entire rehearsal, showing excitement for the upcoming shows. In the smaller venue, fans will be able to watch and interact with Younha in a much more intimate setting.