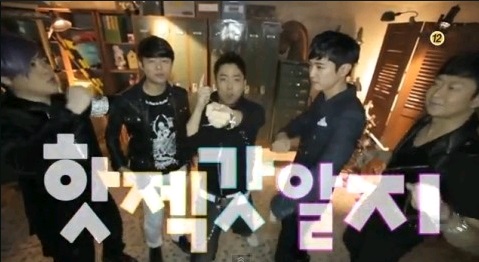 Previously, H.S.g.RG re-gained popularity through the QTV variety show “20th Century Boys.” The group, with the addition of Tony An back then, was an immediately hot topic due to the fierce rivalry that existed among all of the separate groups, especially in the fandoms. However, with all of the members being of the same age, their close friendship allowed them to come together and form a new group.

H.S.g.RG’s popularity allowed them to go on non-cable channel shows such as KBS’ “Immortal Song” and “Happy Together” as they displayed their exceptional team work and strong friendship.

The group was planning on throwing their first concert as H.S.g.RG but due to Tony An‘s illegal gambling issues, it was canceled. Tony An will not be joining H.S.g.RG in this new variety show.

OnStyle sources commented, “It is true that H.S.g.RG is filming a new variety show. However, only parts of the first episode have been recorded. We’re planning on airing it in July but things are still not decided for sure.”

H.S.g.RG
How does this article make you feel?