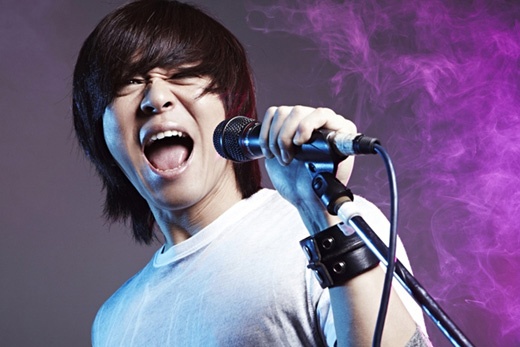 Yoon Do Hyun Teams Up with Epik High’s Tablo and Singer K.will for “My Appearance Lately”

After five years, singer Yoon Do Hyun has released a solo mini album titled “Singing Yoon Do Hyun” on August 28, and the first song is “My Appearance Lately.”

Yoon Do Hyun will show off a different spectrum as a vocalist through his solo album, in contrast to the one he has shown in the band YB. The first song, “My Appearance Lately,” is the song with the most diverse color and features Epik High’s Tablo and singer K.will.

YB’s guitarist Heo Jun Yi wrote and composed the song while Tablo contributed to the lyrics in “My Appearance Lately,” which is a song that superbly mixes acoustic and electronic music. The instruments are kept to a minimum, giving the song a simple, yet refined sound. This song is a 180 degree turn from Yoon Do Hyun’s usual style. Tablo’s rap, in which he personally wrote the lyrics, adds a melancholy mood to the song, and K.will takes control of the chorus.

“My Appearance Lately” is a fresh combination of two strong, yet contrasting vocalists in Yoon Do Hyun and K.will, and a talented rapper in Tablo. The song will give birth to a unique vibe, thus increasing the anticipation towards Yoon Do Hyun’s solo mini-album.

Yoon Do Hyun’s “Singing Yoon Do Hyun” will be released on September 16, and he plans to have a solo tour for three weeks, from October 2 to October 19.

Tablo
Yoon Do Hyun
K. Will
How does this article make you feel?