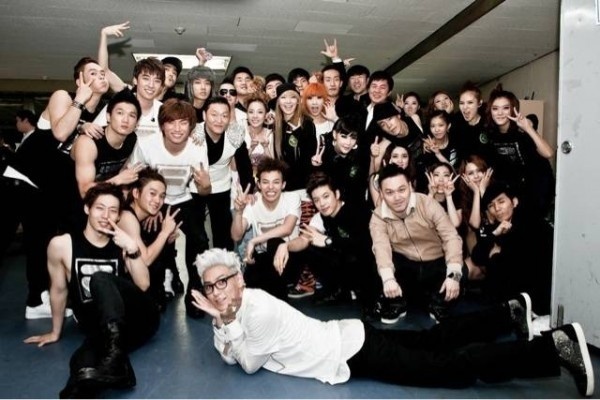 YG Entertainment has been chosen as the “Best Donor” at the Salvation Army Headquarters’ Donors Club no. 12.

In order to lead the community’s sharing culture and revitalize the personal and business donations, the Salvation Army established the “Best Donor Club” last December 2011.

YG Entertainment will be awarded the “Best Donor” award at the “2014 Charity Pot Ceremony” which will be held next year, January 1, at the Seoul City Hall Square.

The “Charity Pot Ceremony” is an activity to spread the sharing culture and nationwide donation drive. At this year’s event, a total of 1000 participants and representatives from the Salvation Army and the press were present at the event.

YG Entertainment has always had a soft spot for helping out the community every year. In May, YG Entertainment’s representative, President Yang Hyun Suk, established the “YG Foundation” to help underpriviledged youth and children. Through the foundation, the entertainment company and its artists were able to have the program “YG WITH Campaign” wherein they promote the donation culture and organize a feeding program for the unfortunate neighbors.

Meanwhile, YG Entertainment leads in the donation drive by participating in the “10,000 Won Happiness” Campaign which will fund the construction of a Children’s Rehabilitation Hospital. Sean and his wife Jung Hye Young, who are dubbed as the icon of donation at YG Entertainment, as well as PSY and BIGBANG will also be participating in the campaign.