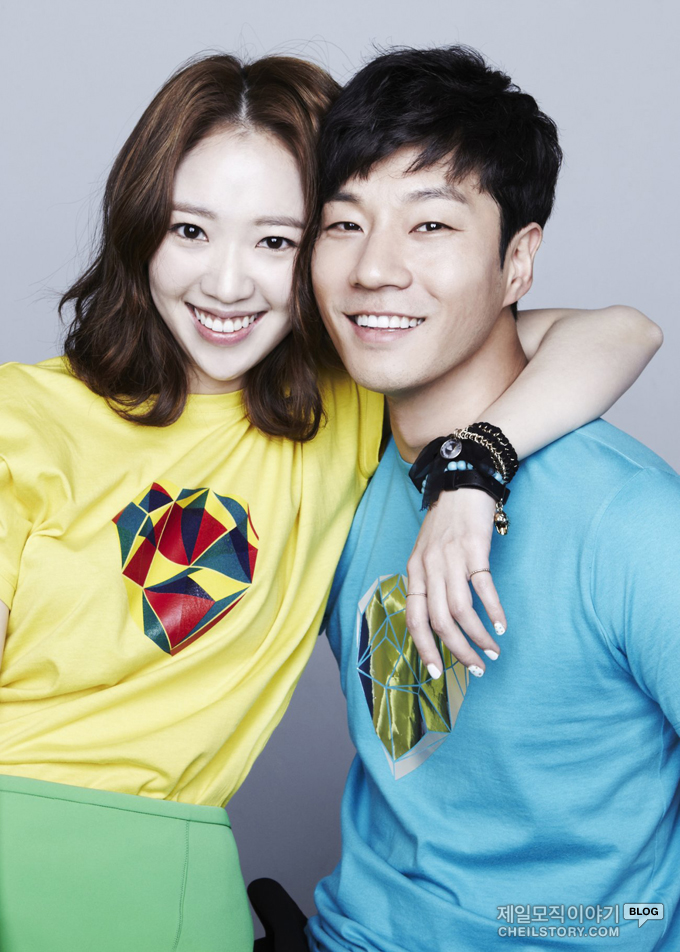 In the corresponding interview, Lee Chun Hee talks about his family’s reactions to his latest movie, “How to Steal a Dog” where he plays a villain, “My wife Jeon Hye Jin said, ‘It was the most entertaining of [my] movies,’ and I was grateful. My daughter Soyu also watched it with us, and I was scolded a lot by her. For several days, she nagged, ‘How could you do that to those unnis and oppas.’”

He continued, “I think I’ll have to avoid roles where I play the bad guy until Soyu is at an age where she can understand.”

Lee Chun Hee also shared his secret to winning his wife’s heart, “Hye Jin’s weakness is letters. She likes handwritten letters more than presents. If I give her a present without a letter, she will say ‘Rather than a gift, write me a letter.’”

The actor has also been working on an autobiographical book that covers his various hobbies, including camping, furniture design, and surfing, as well as his life as an actor and a family man. Lee Chun Hee says, “I started writing in the Winter of 2013 into 2014 and planned to publish the book in May 2014, but a year has already passed. I would write then revise, write then revise; the revisions were neverending.”

He continued, “I don’t know how to space words and am not really well-versed in grammar, so the publisher edited it a lot. But I’m still glad because [writing the book] offered me the chance to organize [my thoughts].”