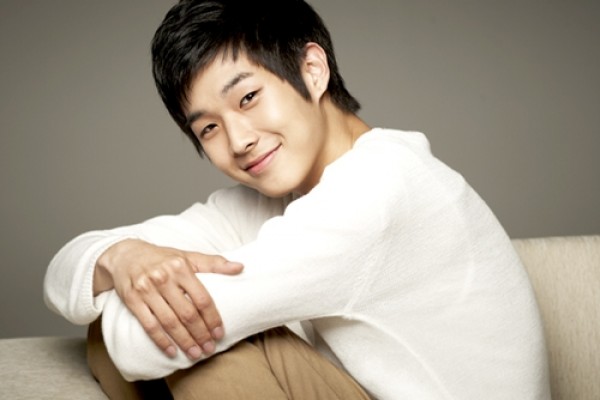 It’s hard to notice the underdog. He’s standing on the sidelines or warming up the bench, waiting for his time to shine – while we’re all preoccupied with the starting lineup.

But then came this year’s “Hogu’s Love.”

Choi Woo Shik is in the explosively fun, refreshing drama as the leading man. As Kang Ho Gu, he’s timorous, yet brazen; endearing and sometimes a busybody, yet completely genuine; and that’s when I first noticed the thesp. It’s amazing how beautifully the right casting, writing, and direction can come together. (The show is quite possibly the sweetest thing onscreen lately.)

But let’s back up…this isn’t our first date with Choi Woo Shik; we’ve met that youthful face before.

Where We’ve Seen Him

He was part of a scheming mother-and-son duo as the stepbrother of Jang Hyuk in “Fated To Love You.”

He was a prosecutor on “Pride and Prejudice” alongside Choi Jin Hyuk, Baek Jin Hee, and Lee Tae Hwan.

He played a hacker as a guest star on “Who Are You” (episodes 10 and 12). (Honestly, if you didn’t notice him here, don’t blame yourself; what with Taecyeon and those broad shoulders of his being onscreen and all.)

In “You’re All Surrounded,” he was cast as a downtrodden guy who has a complete meltdown at a tteokbokki joint (in episode 4). (Bonus: watch him get buried in a splendid group fray with Lee Seung Gi, Park Jung Min, Go Ara, and Ahn Jae Hyun.)

Although relatively new, Choi Woo Shik has consistently played supporting characters since his debut as an actor in 2011’s “The Duo.” The 25 year old booked subsequent roles on “Live In Style,” “Special Affairs Team TEN,” “Deep Rooted Tree,” and “Family.” And yes, he was one of those matching tracksuit clad members of Micky Yoochun‘s entourage in “Rooftop Prince” (he was in the yellow one).

The young actor’s venturing out onto the silver screen, too. He played a neighborhood kid protective of his sister in “Secretly Greatly” (starring Kim Soo Hyun and Lee Hyun Woo) and a hacker in 2014’s “Big Match” (with Lee Jung Jae, Shin Ha Kyun, and BoA).

He was honored with the Actor of the Year award at last year’s Busan International Film Festival for the feature “Set Me Free,” an indie flick in which he portrayed a distressed teen aging out of the foster care system.

It is a great pleasure to see an actor break out of supporting roles and step out as a leading man. I like when new players get off the bench; it makes for a far more interesting game.

When did you first notice Choi Woo Shik?