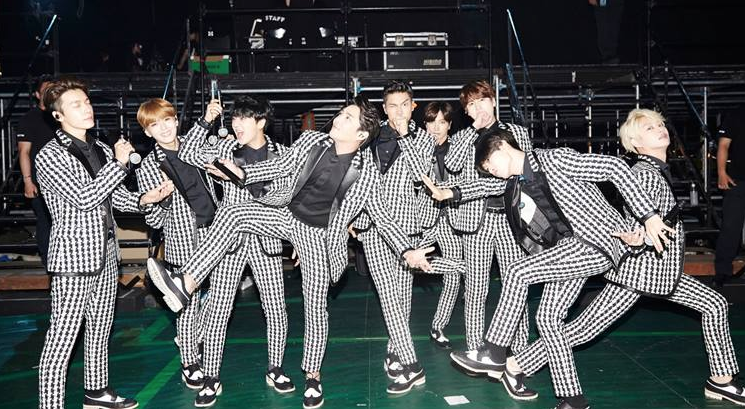 SM Entertainment dropped a bombshell on E.L.F. around the world on Super Junior‘s 10th anniversary.

On November 6, it was announced that SM has established a new label exclusively for Super Junior called Label SJ. SM stated, “We established Label SJ to give Super Junior our wholehearted support and an ideal system [for managing the group].”

Though the new label will be affiliated with SM, it will be independently and wholly responsible for Super Junior’s management, producing their albums, and all group, unit, and individual activities.

Meanwhile, Super Junior is celebrating their 10th anniversary today, having debuted in 2005 with “Twins (Knock Out).” Over the last decade, Super Junior has set many record landmarks, including 120 concerts and over 1.8 million concert attendees in 27 different cities across the globe. They also recently joined the likes of PSY and HyunA with over 100 million views on their 2011 hit “Mr. Simple” on YouTube.

Congratulations to the boys of Super Junior for their great achievement and for the establishment of their very own record label! We hope that Super Junior will be around for a long, long time to come.

A previous version of this article listed the new label as Lable SJ. SM Entertainment has since corrected the spelling to Label SJ.

Super Junior
SM Entertainment
How does this article make you feel?