The hanbok (or traditional Korean dress) is characterized by simple lines and vibrant colors, and is worn with an air of elegance and delicate beauty. It’s not always easy to pull off, but for some Korean actresses, they wear it like their second skin. Take a look below at some of the Korean actresses who are especially gorgeous in hanboks.

The singer-turned-actress wore hanboks in her film “The Sound of a Flower” (also known as “Dorihwaga”).

Lee Young Ae starred in the immensely popular “Jewel in the Palace.” She is currently filming her drama “Saimdang, the Herstory” alongside Song Seung Heon.

It’s not easy pulling off those heavy hair pieces. However, Ha Ji Won looks flawless. She has appeared in other historical pieces like “Damo” and “Empress Ki.”

The youthful beauty looks cute and regal at the same time. You can also see her wear traditional Chinese clothing in the Chinese drama “Unruly Qiao.”

Park Min Young got to try both male and female traditional clothing in “Sungkyunkwan Scandal.” She also appeared in the fusion sageuk “Dr. Jin.”

You can see Park Shin Hye wear hanboks in various dramas and movies including “Goong S” and “The Royal Tailor.”

Han Ga In was elegant in “The Moon Embracing the Sun.” Some of her co-stars are on this list as well!

The actress effortlessly pulls off the often unforgiving middle part. She has acted in several historial projects including “Painter in the Wind,” “Jung Yi, the Goddess of Fire,” and more recently “Sado.”

The model-turned-actress looks radiant in her modern hanbok.

Moon Chae Won has been noticed for being a hanbok beauty in “The Princess’ Man,” “The War of Arrows,” and “Painter in the Wind.”

The actress is truly lovely in hanboks proven by her appearances in “Gu Family Book” and “Splendid Politics.” 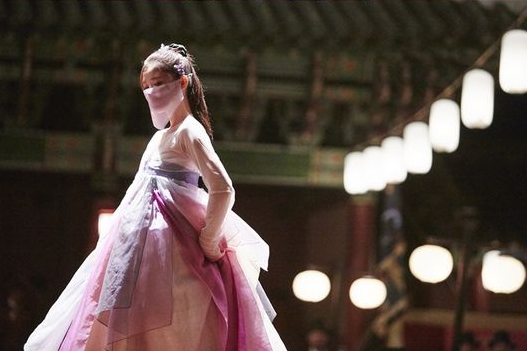 The young actress has also worked in “The Crying Woman,” “Secret Door,” *and is currently in “Moonlight Drawn By Clouds.”

The actress was so endearing in “Arang and the Magistrate.”

Soo Ae elegantly portrayed Empress Myeongseong in the movie “The Sword With No Name.”

The actress has donned hanboks in “A Tree With Deep Roots” and more recently in “Six Flying Dragons.”

Which actress do you find to be the most beautiful in a hanbok? Vote in the poll and share your comments below!

Check here for the male version.