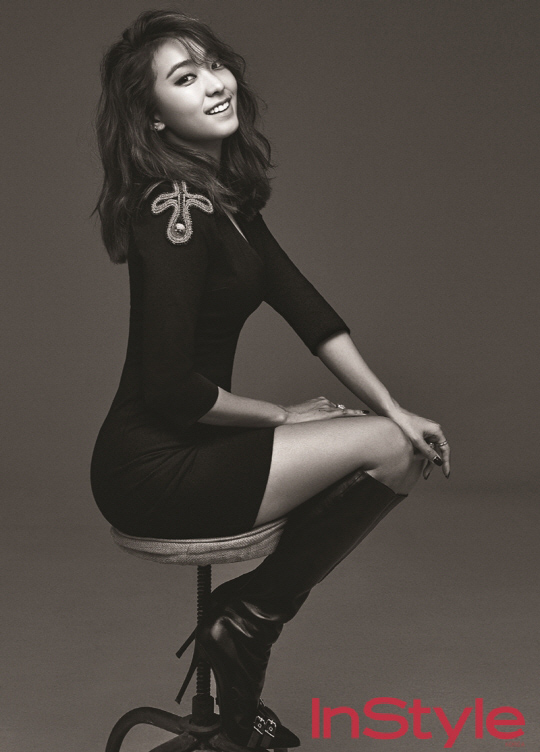 23 artists of Starship Entertainment gather to strike a pose for InStyle magazine. The pictorial is titled “Sing Your Dream” and will feature interviews of these singers’ dreams as they welcome the new year of the monkey.

Although the photo studio is busy with prepping for the photo shoot from early hours of the morning, the place is filled with enthusiasm and positive energy from the stars who showed up for the photo shoot. The singers enjoy themselves in the company of other artists as they wait for their turn to pose in front of the camera. They are seen chatting with other artists or killing time playing games.

In the interview, Bora of SISTAR reveals, “I’d like to study rap in more depth in order to challenge myself to other genres.” When asked about her future dreams, Hyorin comments, “I want to travel to a place where no one recognizes me.” Dasom describes her hope for the future saying, “I want to work as a singer, actress, and variety show entertainer. A multi-talented entertainer.” She is about to make her film debut in her upcoming movie “Like a French Movie.”

EXY who was in the spotlight for her recent appearance in “Unpretty Raptstar 2” said, “I want to have a meeting with my fans.” She’s currently working on her debut as a member of the girl group Cosmic Girls. Boyfriend’s dream is to have a concert in Korea and MONSTA X wants to rank number one on a music show program.

More detailed interviews of these singers’ hopes and dreams along with their fashion pictorial can be seen in the January issue of InStyle magazine and on the official InStyle Instagram.