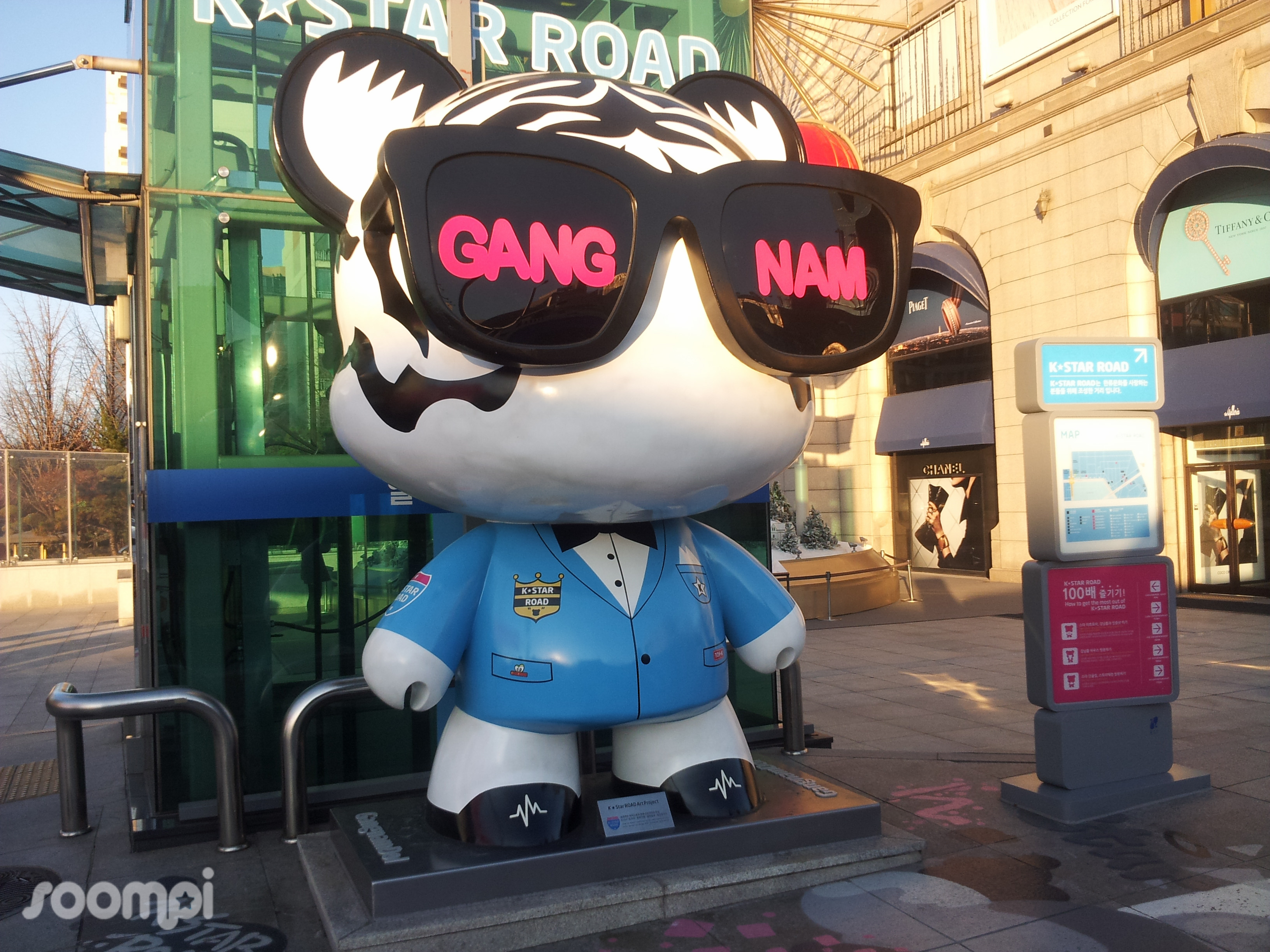 Seouling: Take the K-Star Road Through the Hub of K-Pop

On a brisk day in Seoul, I took on the challenge of walking down K-Star Road, the famous Gangnam tourist attraction that brings visitors to the various entertainment companies that produce our K-pop stars, like SM and JYP. 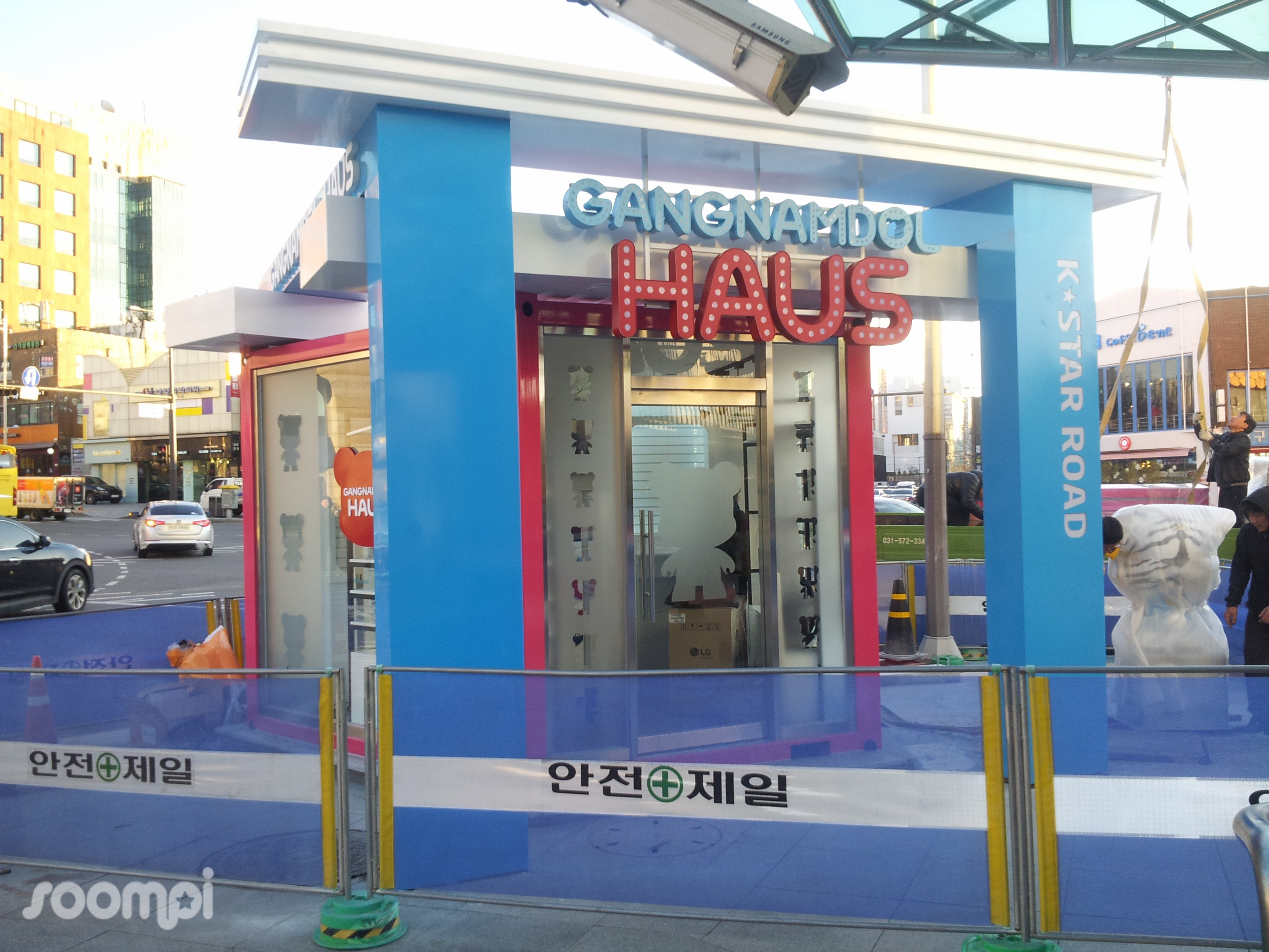 I had previously walked down K-Star Road when it was just a road, and I was interested to see how the city of Seoul had spruced up a somewhat barren and mildly uninteresting street.

I wasn’t disappointed when I arrived. Coming out of the station I was immediately greeted with fun decals and a colorful figure of the “Gangnam-dol,” a cute bear representing K-Star Road that was dressed vauguely like PSY. In addition, the road had been striped and graffitied pink, blue, and white, to mark the path of the special road. 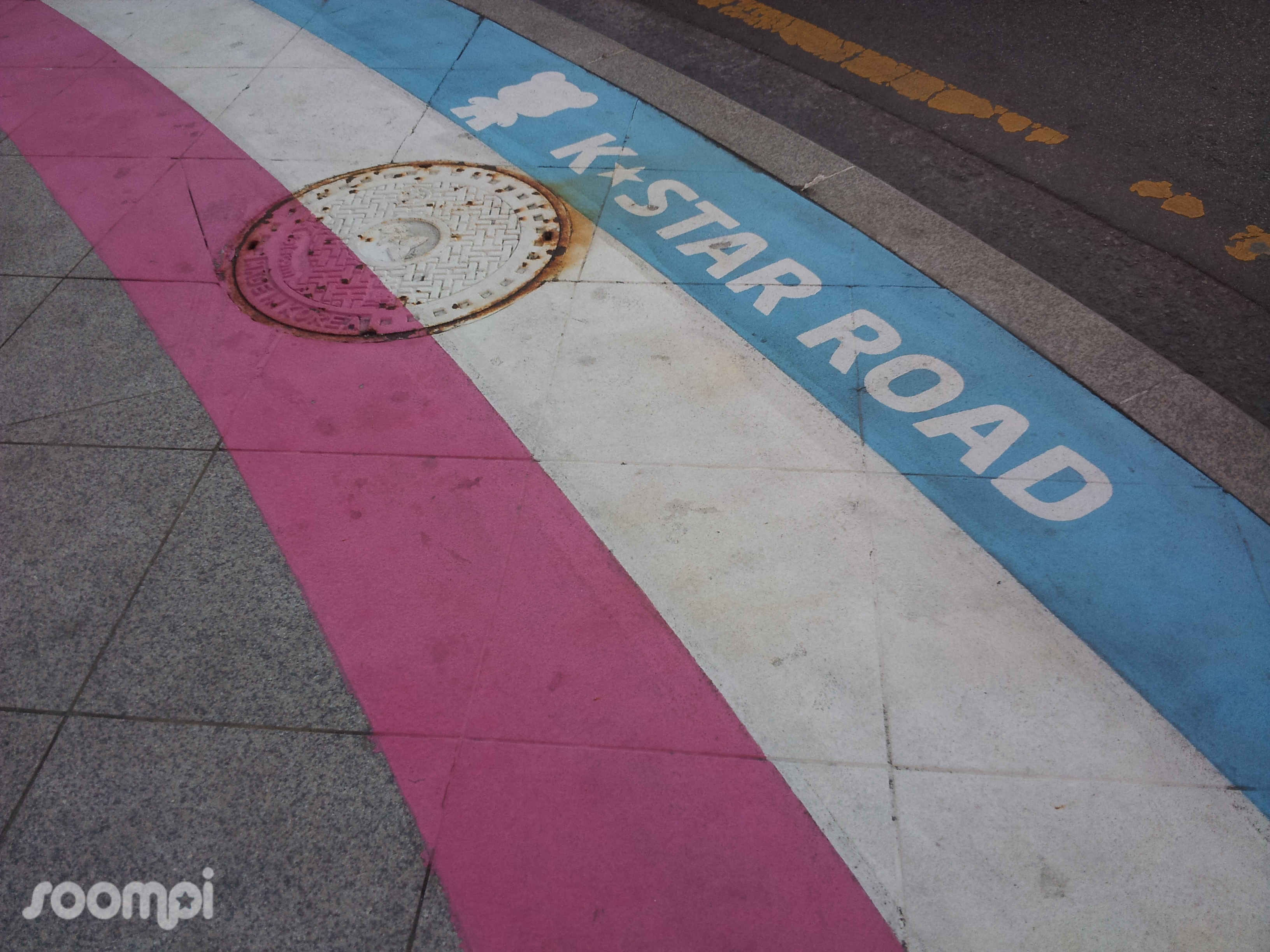 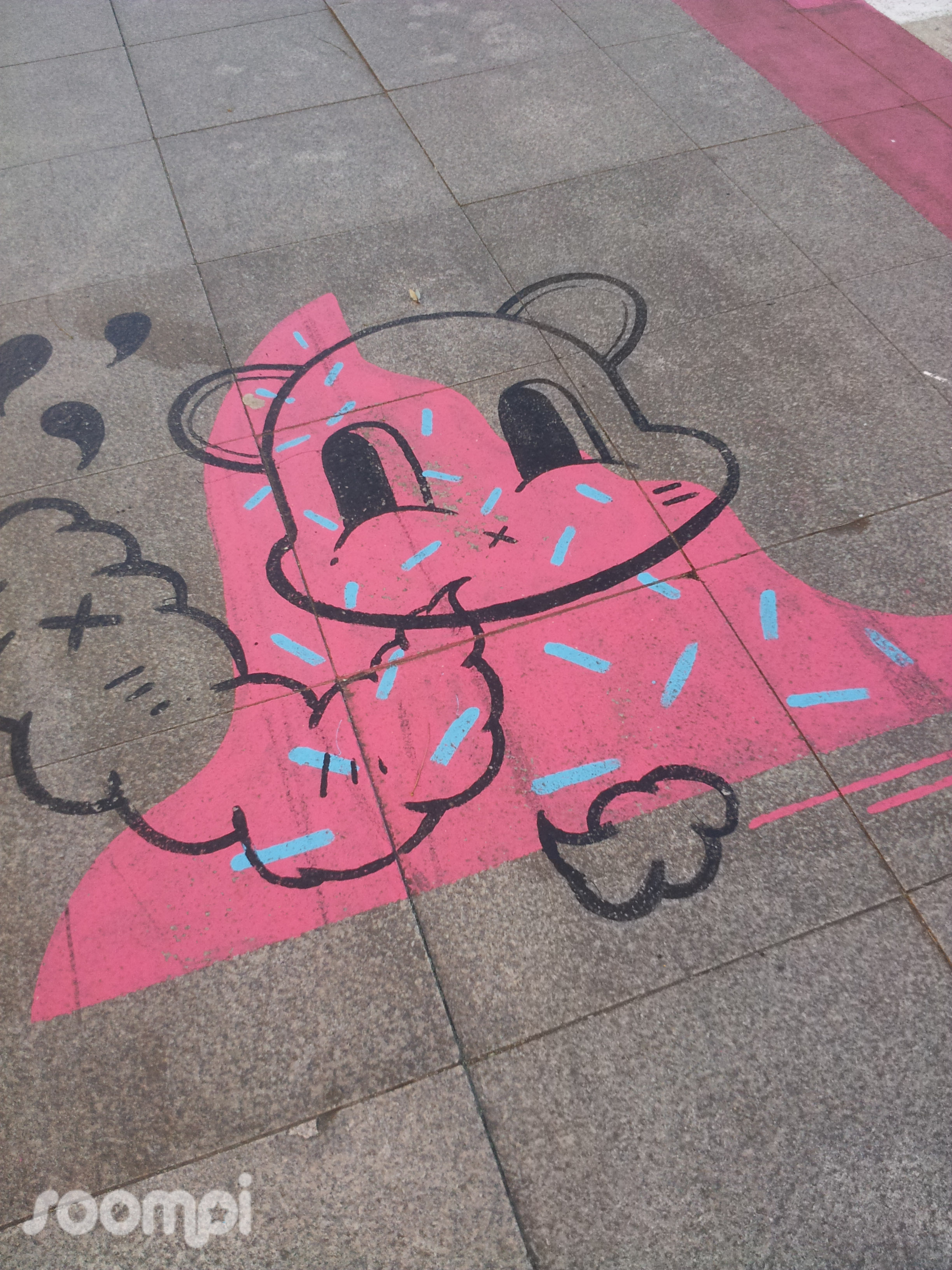 Probably the biggest attraction of K-Star Road are the fun bears the tourist office has produced, each dedicated to a different group. There were too many to take pictures of all of them, but I snapped as many as I could. Each were extremely cute and unique. The Gangnam-dol center sells figures of each bear, and I regret a little not picking up the INFINITE bear. 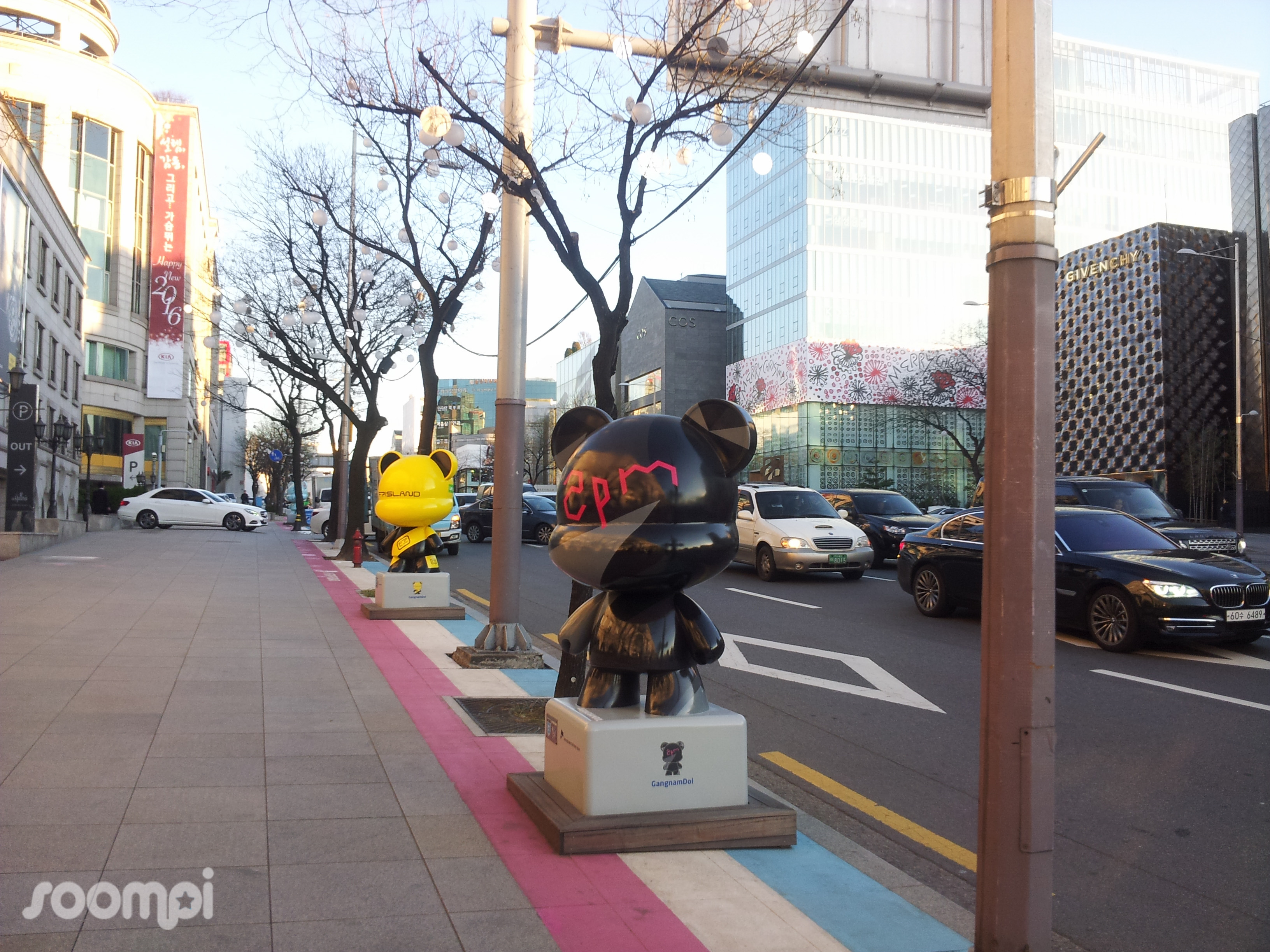 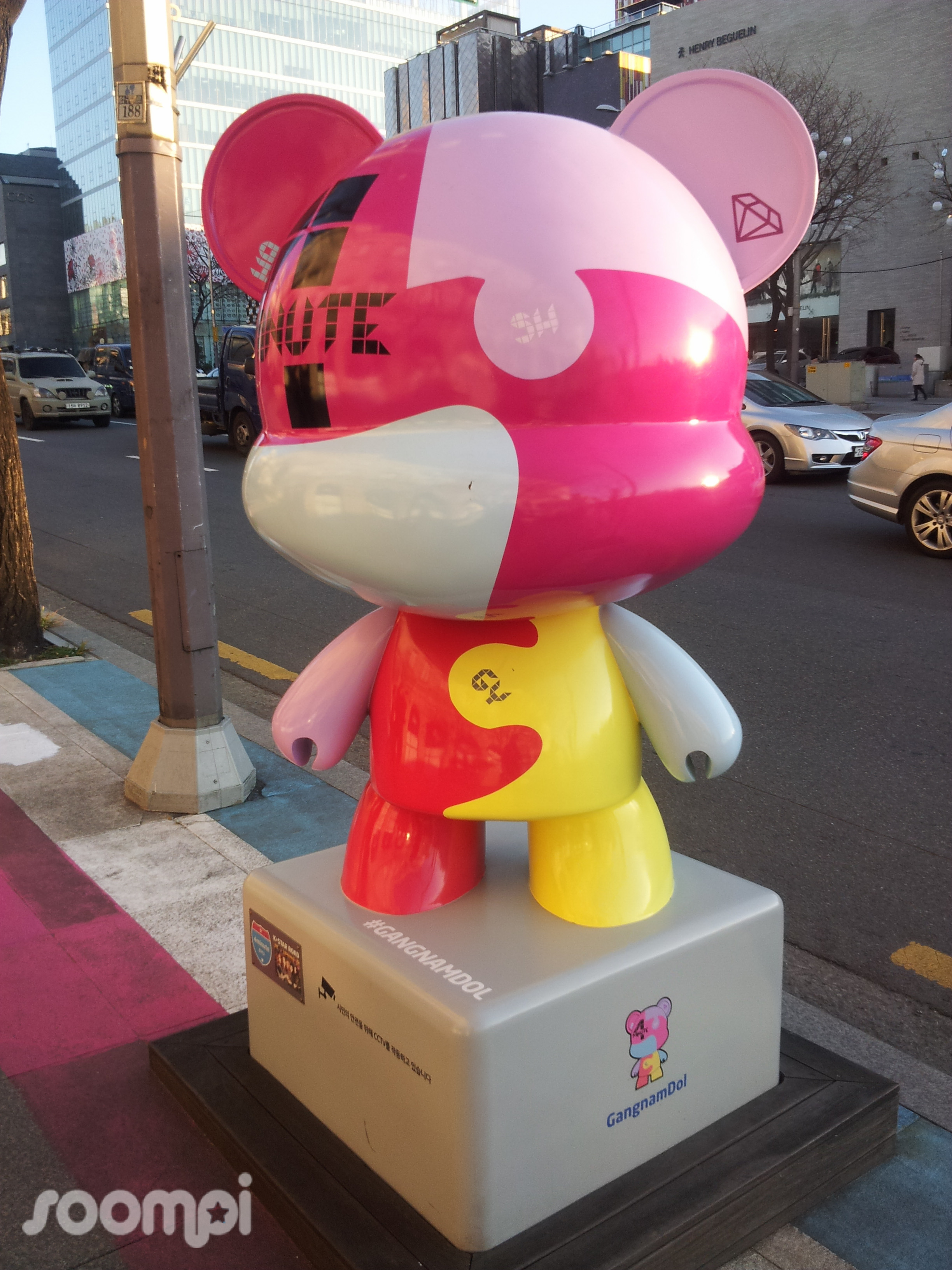 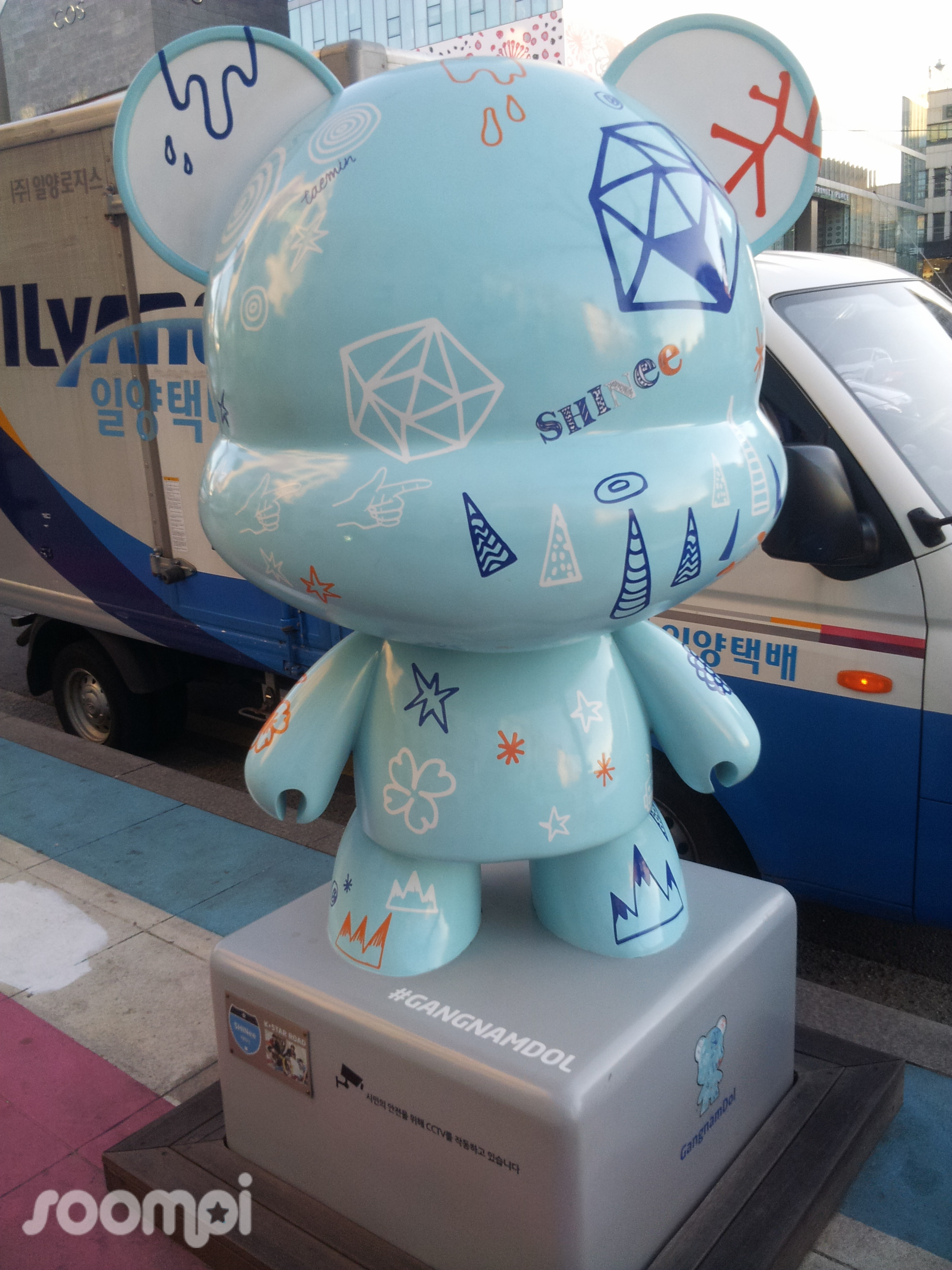 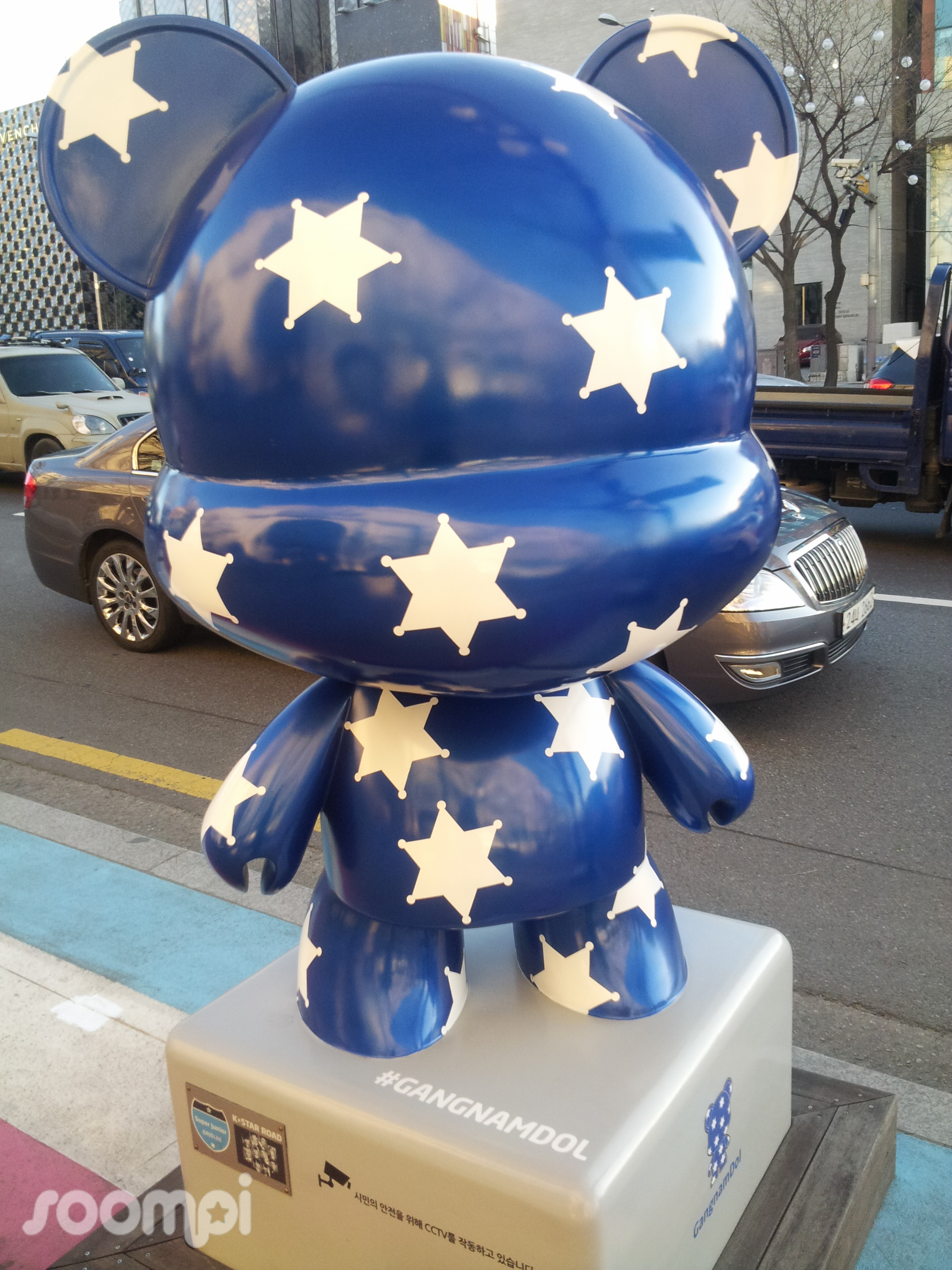 I had barely walked a block when I reached the old SM Entertainment building. This is the spot that is marked, and sits right on, K-Star Road, and is definitely hard to miss! Every time I pass by the building, there is always a large advertisement pasted all over the exterior to advertise the company’s latest single or event. When I visited this time, an advertisement for their pop-up store, SUM, had claimed the space. I rounded the corner to snap a shot of the (empty) entrance. There were no fans waiting for artists the day I was there. 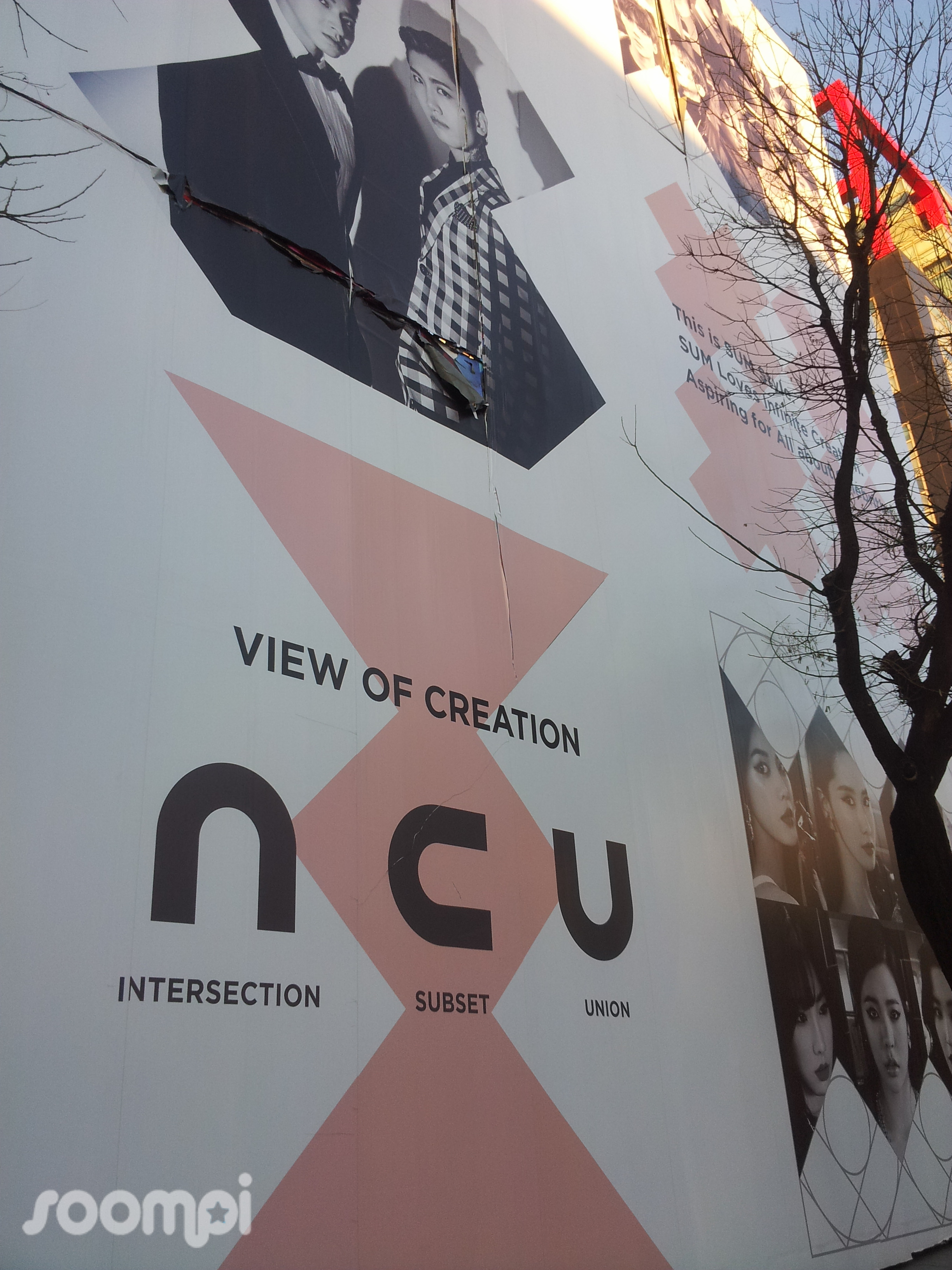 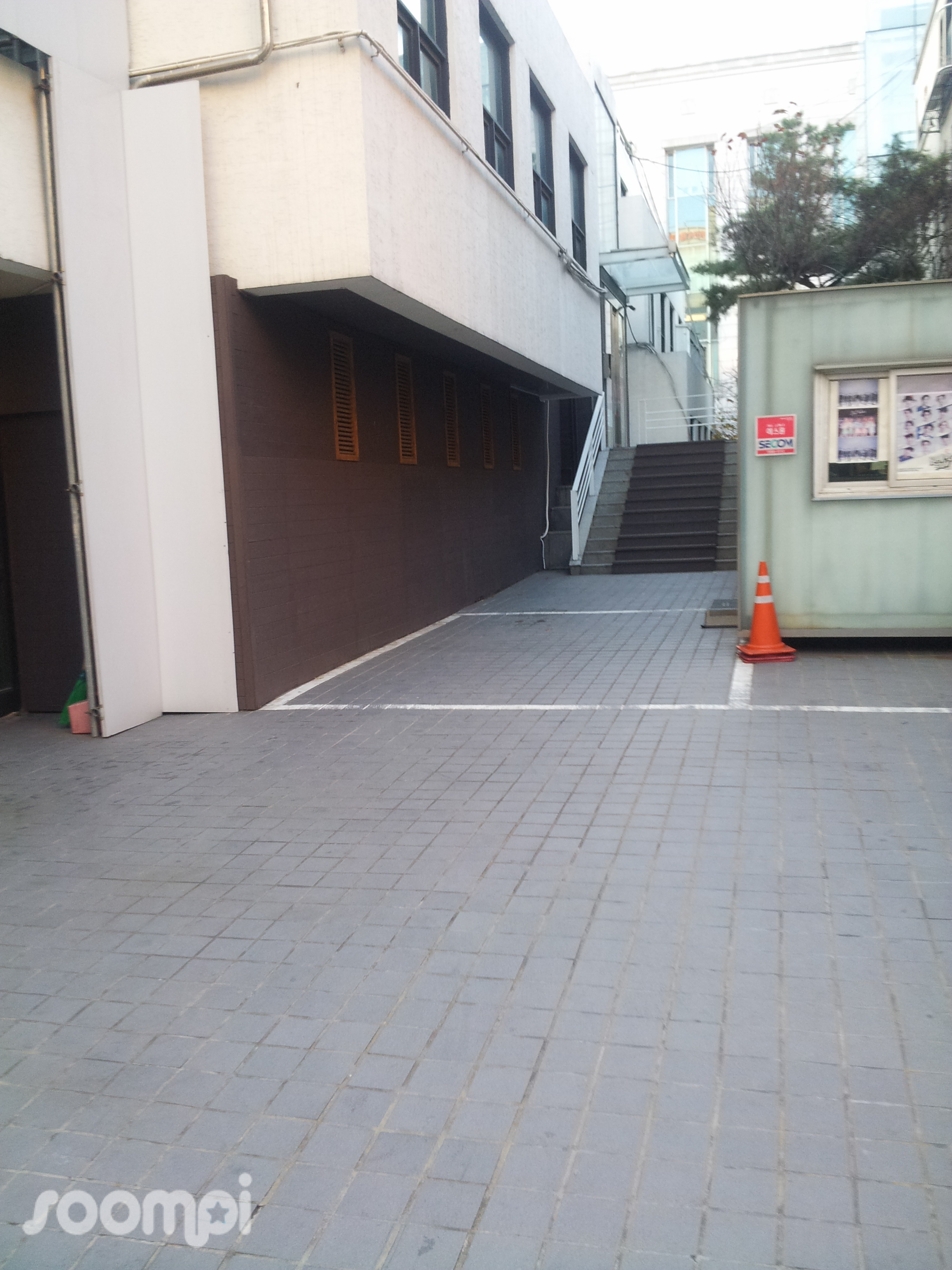 I paused before deciding to visit the new SM Entertainment building as well. As some people may be aware, SM started building a new gorgeous building a few years ago. I’ve heard now that most artists prefer to practice there now, though I think the old building may still be used. Regardless, it was an easy — if somewhat long — walk to the new building. After turning the corner and walking down the the bottom of the road and an additional few blocks right, I found myself in front of the new building. After snapping a few shots, I headed back to where I left off. 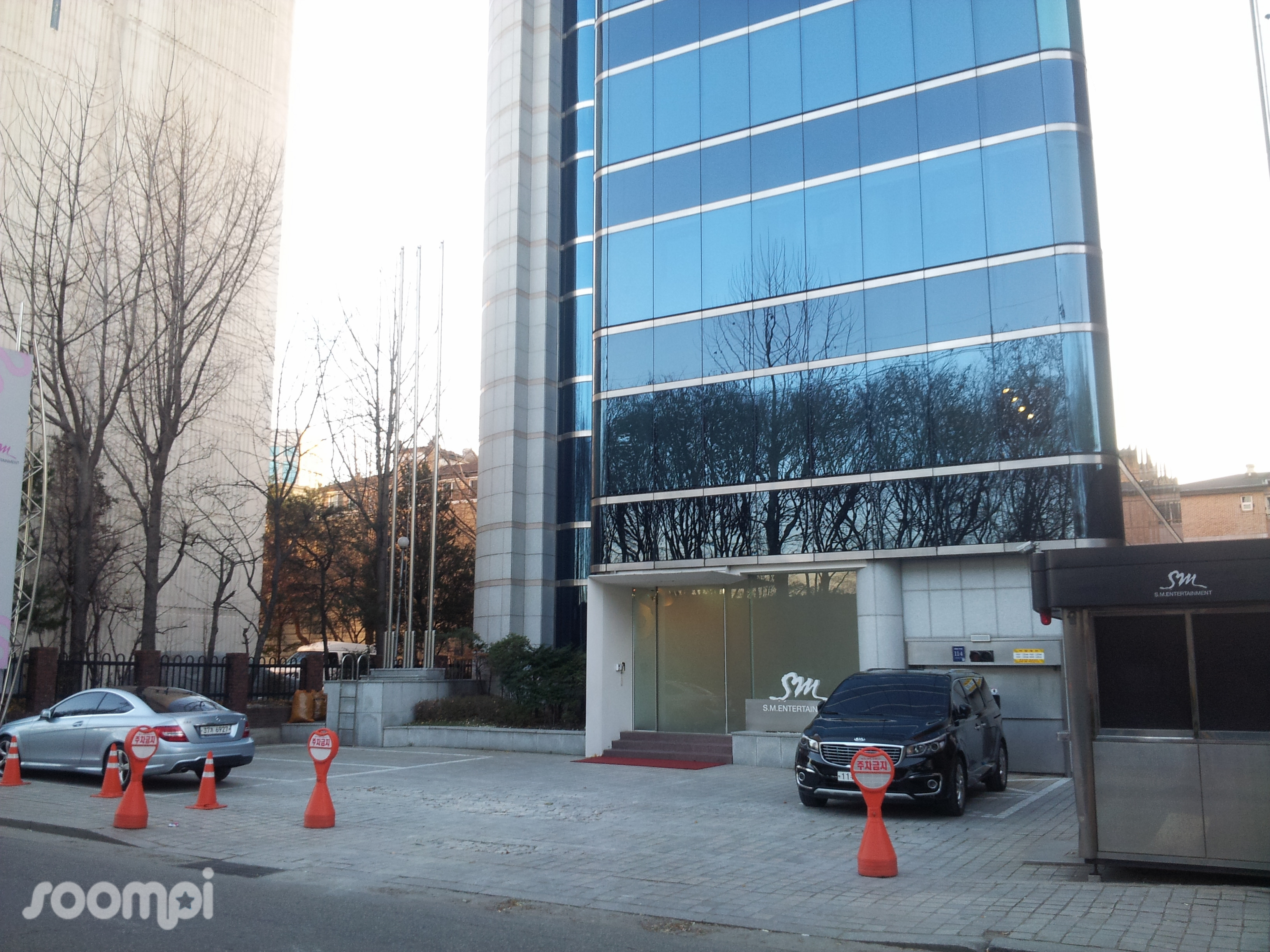 As I continued down K-Star Road I realized that the bears had become more spaced out. The city of Seoul had originally placed around 10 bears, and recently added additional ones this year due to their popularity. The new bears mark the parts of the road farther from the station, and are a good way to keep yourself from getting lost! 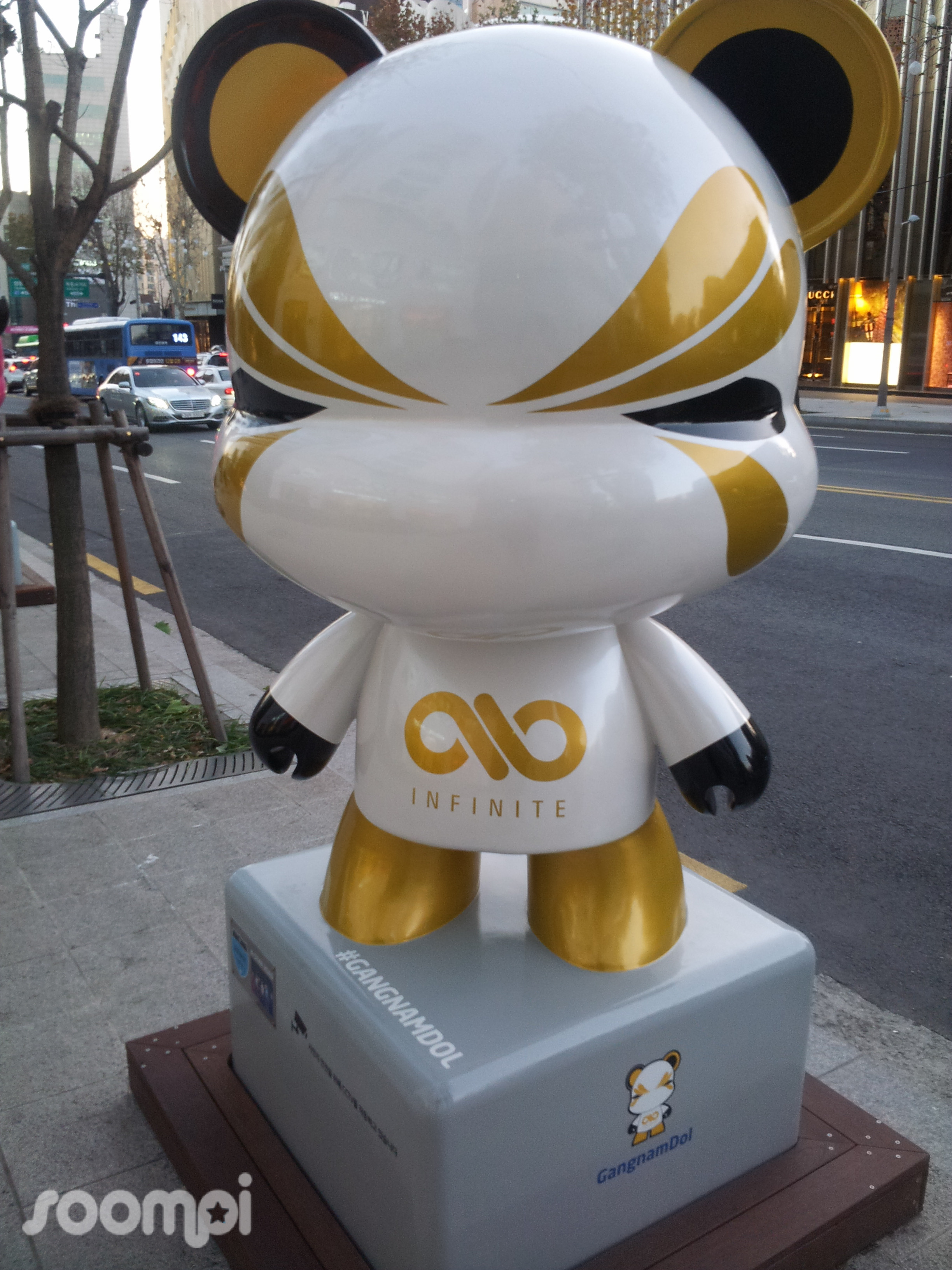 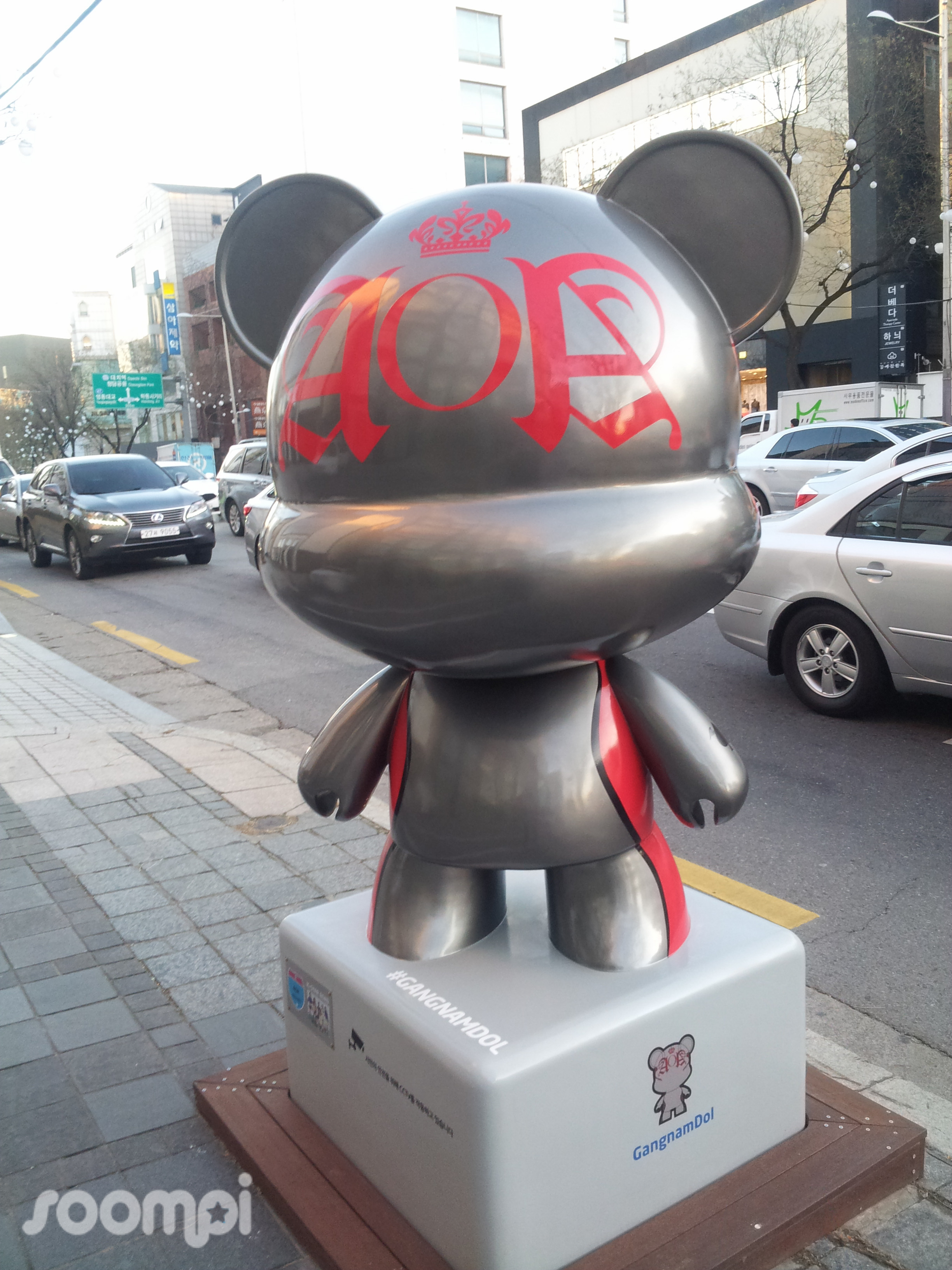 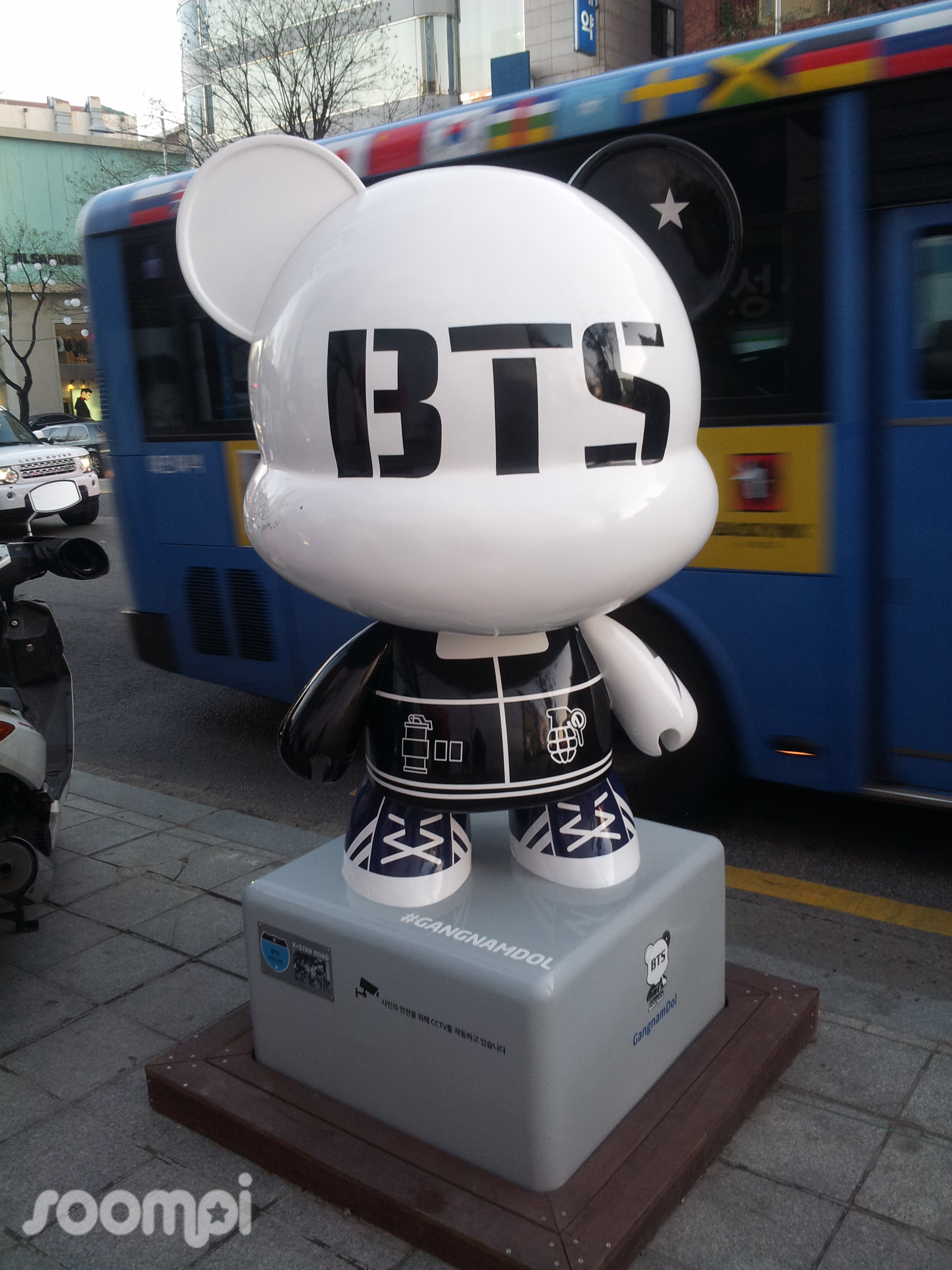 I took a left at the Block B bear and continued down the down to find myself in front of JYP Entertainment. A bit farther down the road was Cube Entertainment, which I had visited previously. By this time, it was getting dark, and the Dunkin’ Donuts across from JYP was packed with fans hoping to get a glance of their favs. 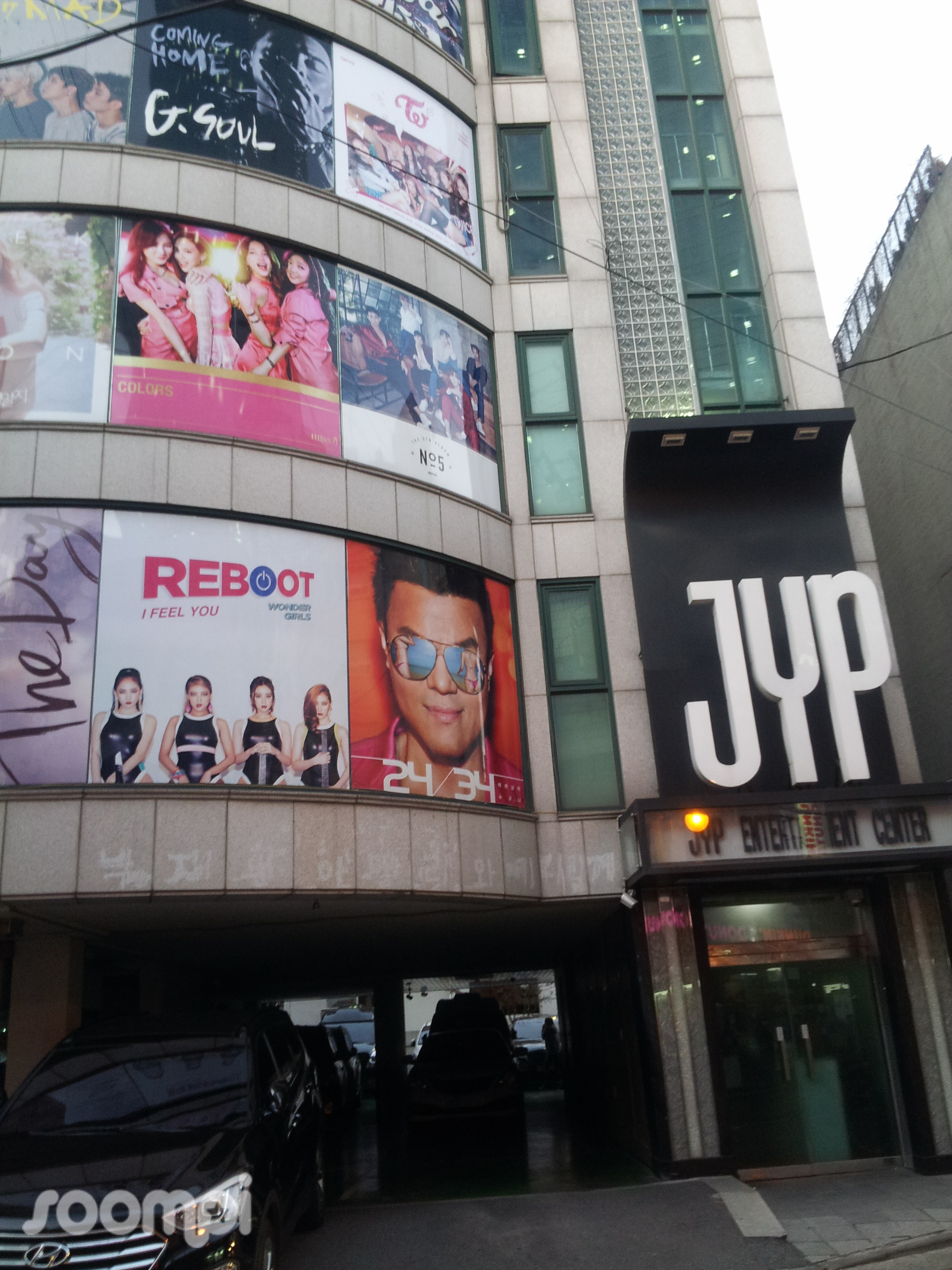 I had naively thought that my explorations would take me no more than an hour or so, but by the time I was ready to go back home, it had been close to more than two hours and I barely scratched the surface of K-Star Road. In addition to SM, JYP, and Cube, FNC Entertainment also has their office along the K-Star Road area. There are also idol-frequented restaurants and coffee shops that the tourist center recommends as well. If you’re interested in checking it out, I highly recommend picking up a map of the whole route, and devoting at least an afternoon to it. The Gangnam Tourist Center also offers a free “K-pop Tour” which brings visitors to a portion of the locations on the map. 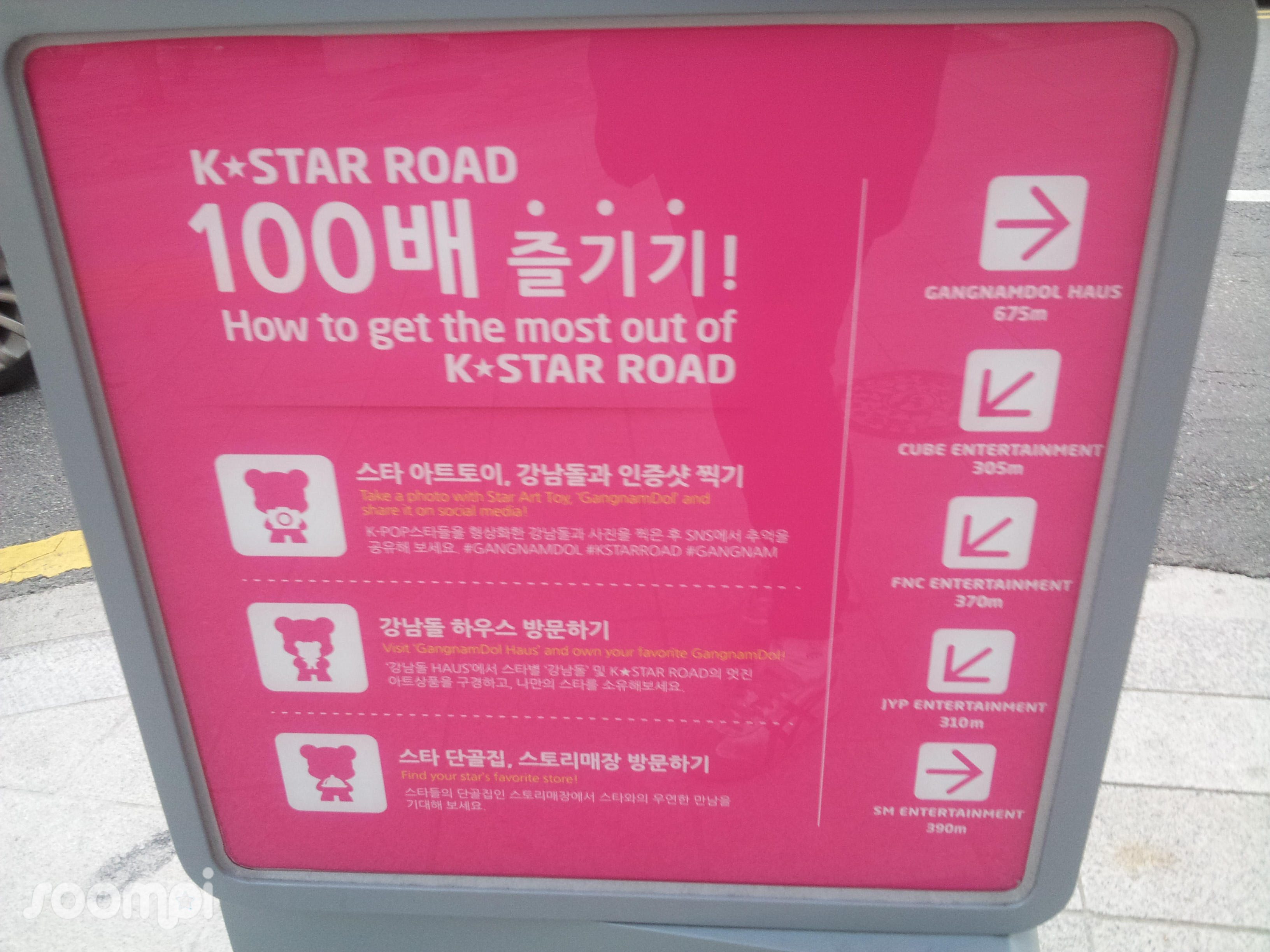 How To Get There: Take Line Seven to Apujeong Rodeo Station, take Exit 6 and follow the signs to K-Star Road. 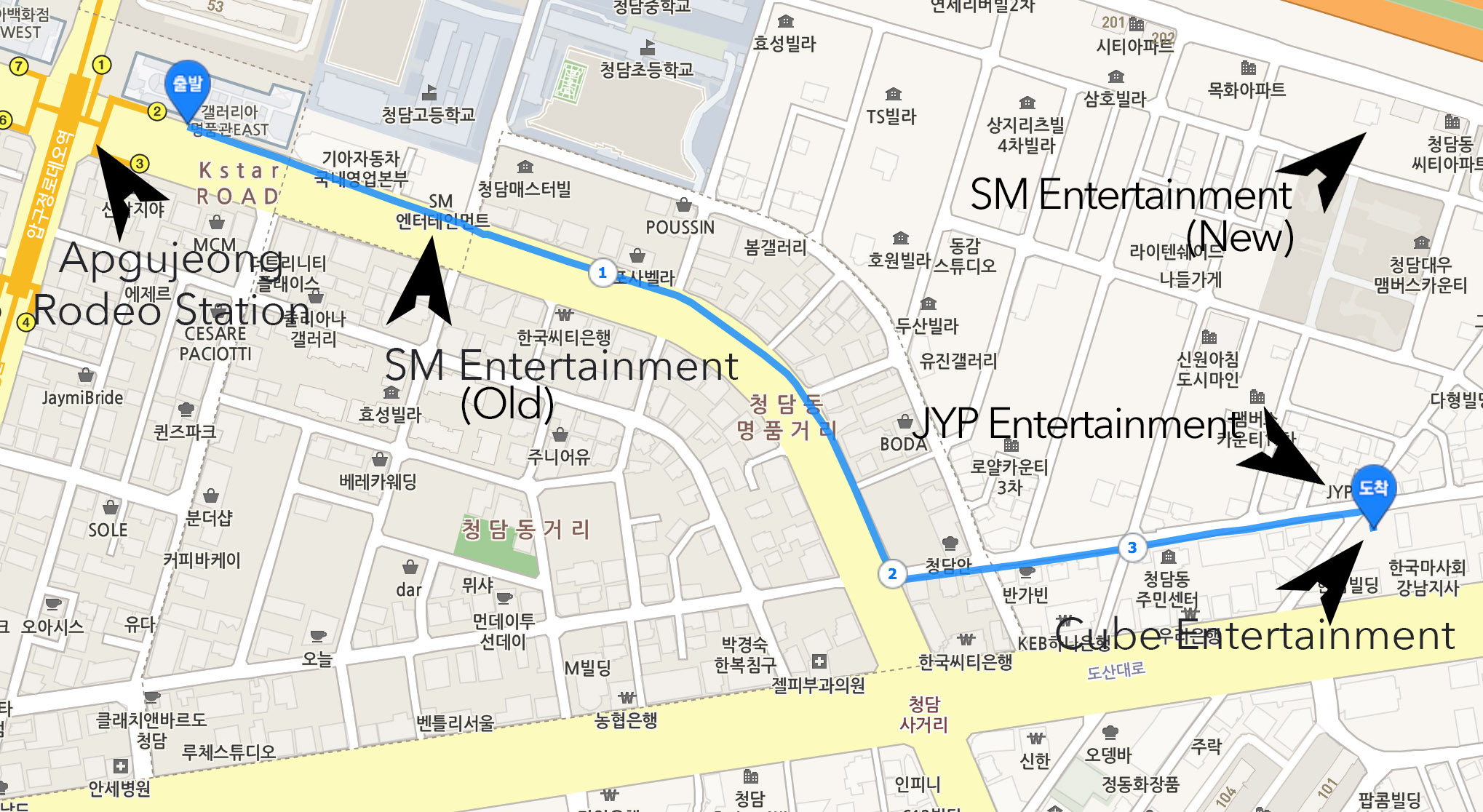