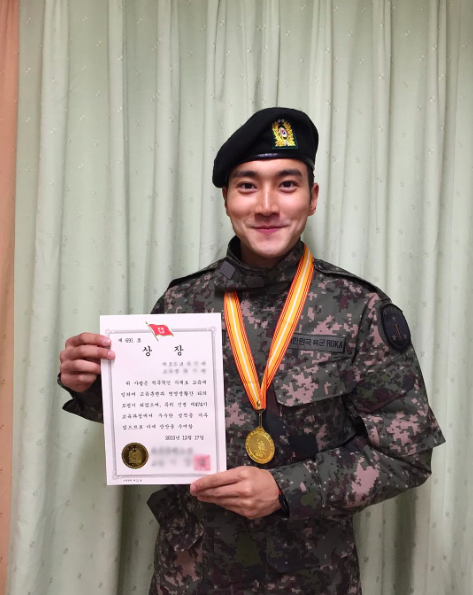 Proving that he’s just as good a soldier as he is an actor, Super Junior member Choi Siwon was awarded with a medal for being an outstanding soldier.

Choi Siwon posted a photo of himself with the medal and a certificate of the award, writing the caption, “The fighting spirit of a veteran. Thank you!”

The photo was taken at the Nonsan Training Facility, where Choi Siwon spent the last month receiving basic training after formally enlisting on November 19 with TVXQ‘s Changmin.

The last we saw of Choi Siwon was in a photo released to the ground forces’ website on December 8. After wrapping up basic training, both he and Changmin will go on to serve as conscripted police officers.

Congratulations on the award, Choi Siwon!