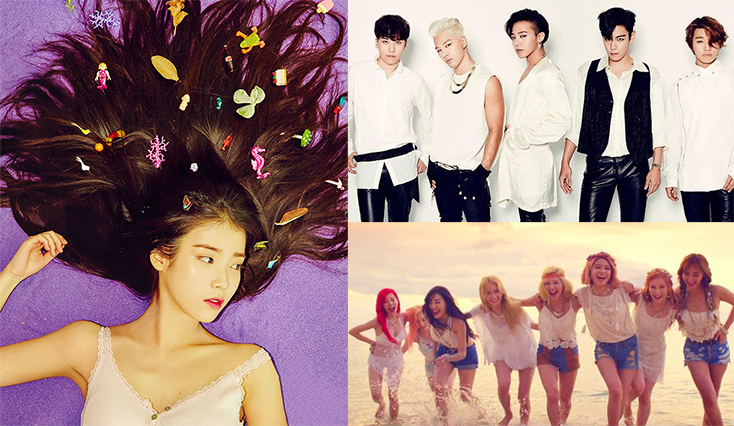 Gallup Korea recently released their list of the top stars in Korea in 2015. On a similar vein, they polled 4,200 people between the ages of 13 to 59 around the country (excluding Jeju) in July, September, and November on their favorite K-pop stars of the year.

BIGBANG took home the first place spot with 15.5 percent of the votes for the first time. BIGBANG made their debut in 2006 with their first album “Always,” taking Korea by storm with their popular title song “Lies.” This year’s album “MADE” was their first comeback as a group since 2013, following two years of solo promotions amongst the members. Additionally, BIGBANG took home Gallup Korea’s Song of the Year with “Bang Bang Bang” earning 7.2 percent of the votes.

Following BIGBANG in a very narrow second place was IU with 15.4 percent of the votes. Her most recent album “Chatshire” has sparked numerous controversies, but despite that IU has seen great success this year, even without doing promotion activities.

Do you agree with these results? Vote for your top K-pop star of 2015 below!