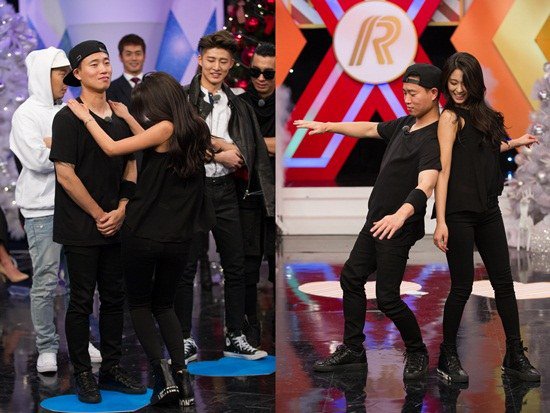 Pictures of Gary and AOA’s Seolhyun getting close and personal during a dancing session were revealed.

On the episode of SBS’s “Running Man,” which will air on December 20, a special collaboration between the old-time classic “X Man” and “Running Man” will be held in celebration of Christmas.

During the episode, Seolhyun, one of the current hottest celebrities, enjoys a steamy dance with Gary. The rest of the male members can only look at Gary in envy.

While Gary seems flustered and awkward at first, he soon eases up and lets his body take charge.

More moves from Gary and Seolhyun’s eye capturing dance session will be revealed on December 20 at 4:50 p.m. through SBS’s “Running Man.”

AOA
Gary
Running Man
Seolhyun
How does this article make you feel?