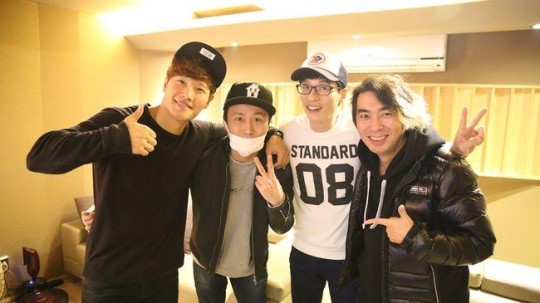 It was revealed that Yoo Jae Suk, Park Jung Hyun, Jessi, and K.Will will be featuring in Turbo‘s long-awaited comeback album.

On December 18, Turbo’s full track list for their sixth album “AGAIN” was released. The list included a feature by Yoo Jae Suk on the first title song “AGAIN,” Park Jung Hyun in a song called “Be Well,” as well as rapper Jessi and vocalist K.Will on their other songs.

Turbo’s management company revealed that the dance title song “AGAIN” will be the first title song, and the third track “Hide and Seek” will be the second.

Meanwhile, Turbo makes a comeback in 15 years to celebrate their 20th debut anniversary on December 21.