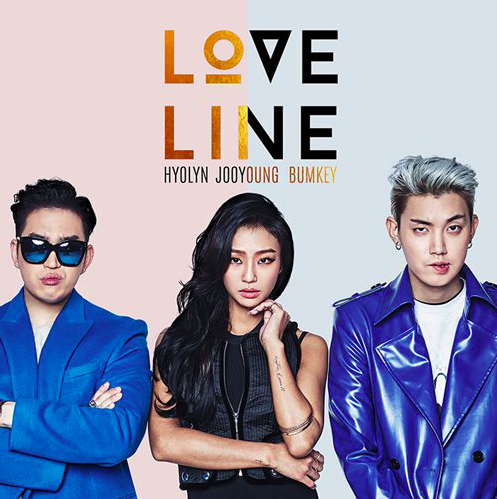 Hyorin, Jooyoung, and Bumkey Are Tangled in a “Love Line” MV

“Love Line” was produced by Da Internz, a Chicago-based production team who have previously worked with artists like Rihanna, Justin Bieber, and Nicki Minaj. “Love Line” is their first K-pop production.

The R&B song has a catchy melody and a classy groove. Paired with the old-fashioned phone lines and black-and-white shots seen in the music video, the track gives off a vintage, jazzy vibe. Lim Suk Jin, who has previously directed videos for Nell’s “Star Shell” and SECRET’s Song Ji Eun’s “Don’t Look At Me Like That,” was in charge of the video production.

“The music video is about two men who become entangled like puzzle pieces in a love triangle with the same girl,” he said. “The connections between the three people are shown through the phone lines.”

Hyolyn
Jooyoung
SISTAR
Bumkey
How does this article make you feel?