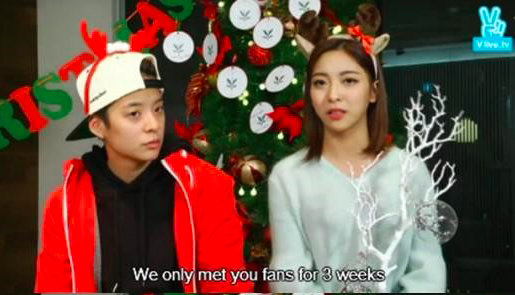 On December 17, the members of f(x) and Red Velvet took part in a live broadcast on the Naver V app.

f(x)’s Luna and Amber and Red Velvet’s Wendy and Seulgi greeted their fans through the broadcast, updating everyone on their current activities. Luna revealed, “f(x) recently promoted our full-length album. Now Amber is preparing a new solo album so she won’t hang out with me.” 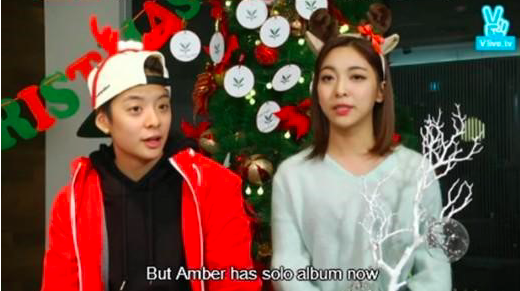