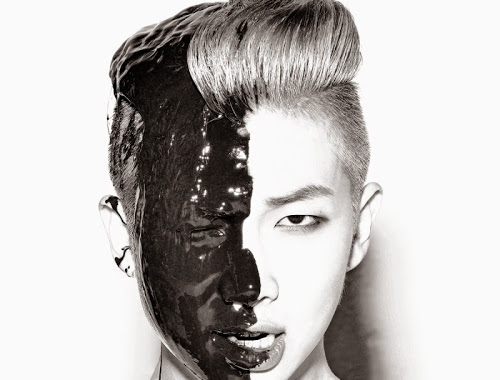 BTS member Rap Monster’s mixtape “RM” has received acknowledgement from the U.S music site Spin by making its list of 50 best hip-hop albums of the year.

Released last March, “RM” is Rap Monster’s debut solo mixtape. Out of the 11 tracks, Spin praises the track “Life” for its “surprisingly sturdy hooks” and calls the title track “Do You” a “standout single.”

The mixtape features instrumentals from Run the Jewels and Big K.R.I.T and a cameo from Tech N9ne’s Krizz Kaliko. In this past year Rap Monster has collaborated with American hip-hop artist Warren G on “P.D.D (Please Don’t Die)” and co-produced the song “Fantastic” for the Hollywood film “Fantastic Four.”

“Kim Namjoon [Rap Monster’s birth name] actually stands a chance of making a dent in the States,” Spin concludes. “Provided he sticks to doing him.”

Rap Monster and BTS are currently promoting their latest mini-album “The Most Beautiful Moment in Life Pt. 2” and the title track “Run.”

Support the artist by buying The Most Beautiful Moment in Life Pt. 2 from YesAsia
BTS
Rap Monster
How does this article make you feel?