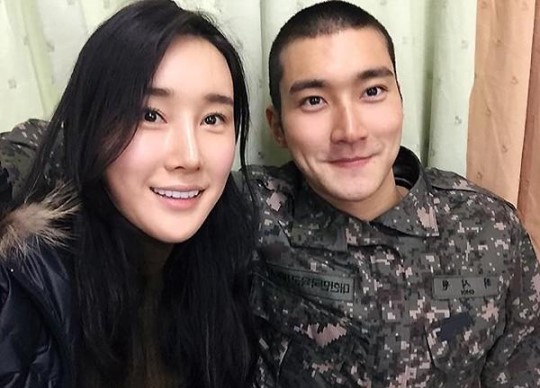 It seems that Super Junior member Choi Siwon was able to spend some quality time with his family at the completion ceremony for his basic training.

Choi Siwon shared a photo of himself with an award he received for being an outstanding soldier on December 17. On the same day, his little sister Choi Ji Won posted a photo with him to her own Instagram account, writing the caption, “With my big brother.”

In the photo, it’s easy to see how much the two siblings look alike. In fact, they resemble each other so much that they almost could pass off as twins!

Meanwhile, Choi Siwon will serve the remainder of his mandatory military service as a conscripted police officer.