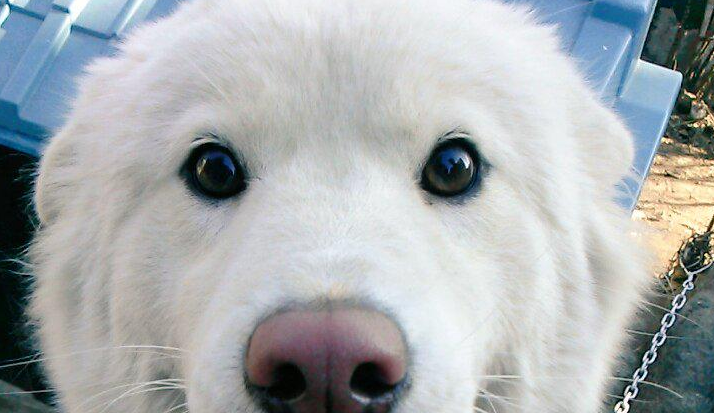 Lions, tigers, and bears — oh, K-pop! Our favorite people have had a busy year. K-pop comes in all different flavors, and we love when they mix things up. In this case — animals! Here are some of our favorite moments of the year:

It may be common to call dogs “man’s best friend” and BTS‘s V appears to be no exception. He started off 2015 by posting a video with his dog Soonshim. It’s big and fluffy, and we hope V gets to visit him again soon and make more videos. 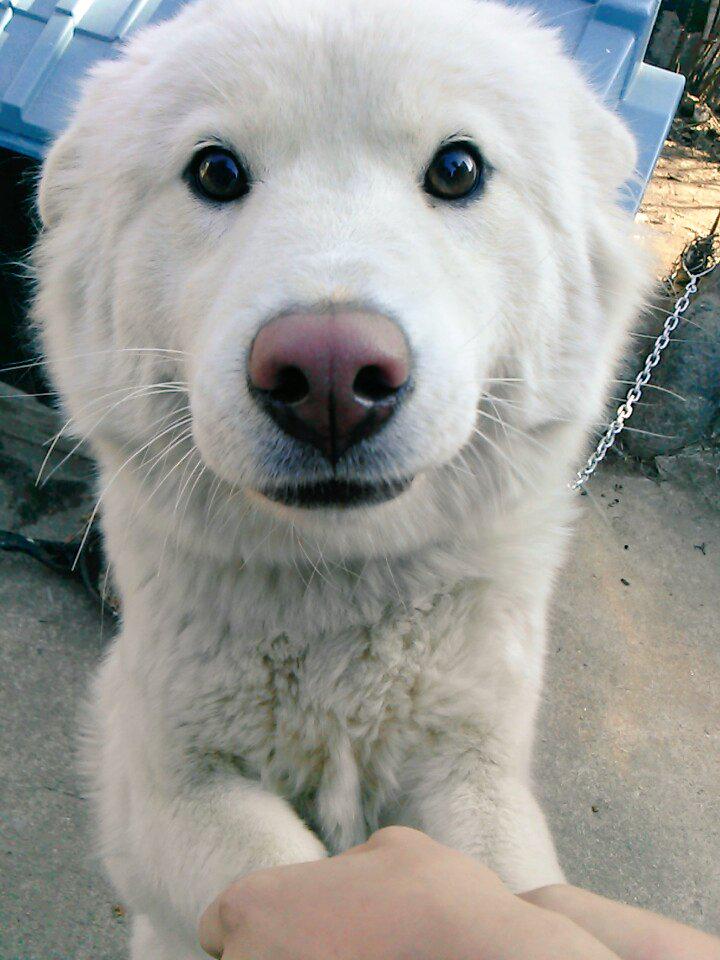 Idols are no strangers to criticism. But SISTAR‘s Hyorin was probably the only idol criticized for loving her cats too much. That love didn’t stop her from getting a spread with her fuzzy best friends in March 2015. Ah, to be paid and featured in a magazine because you love your cats as much as Hyorin loves hers… could be the life, right? Especially with four best friends. Catch more of her Allure pictorial with Rino and Simba here! 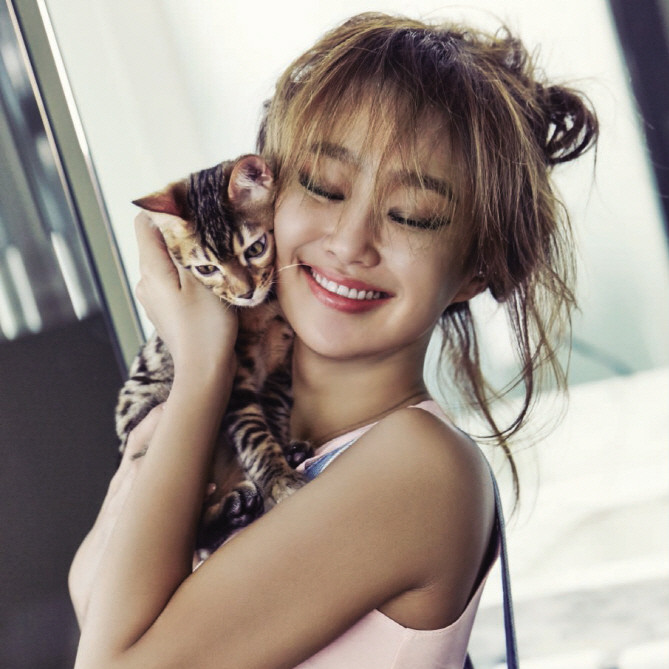 What began as a mysterious SNS picture of the boys in a pet shop ended with GOT7 introducing Coco. She’s small and lovable, and we would appreciate more pictures of GOT7’s adopted daughter. Yes, she gets to sleep on the members’ chests, but don’t be jealous. Watch Mark’s videos of her, and you might fall in love with Coco, too. 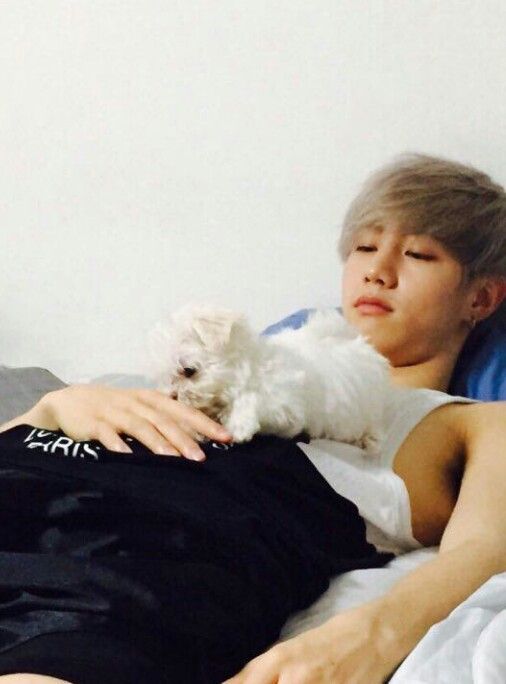 JJCC and the Case of Too Many Pets

Does your neighbor have a lot of pets? Try thirteen! JJCC entertained fans by uploading a video in which they introduced their household of pets. Then the JJCC household grew. Yul and Zica brought the group to seven members in August 2015, and keeping all those pets became hard. The group gave away many to their fans and are believed to currently have four or five. That’s a big downsize from thirteen, right? 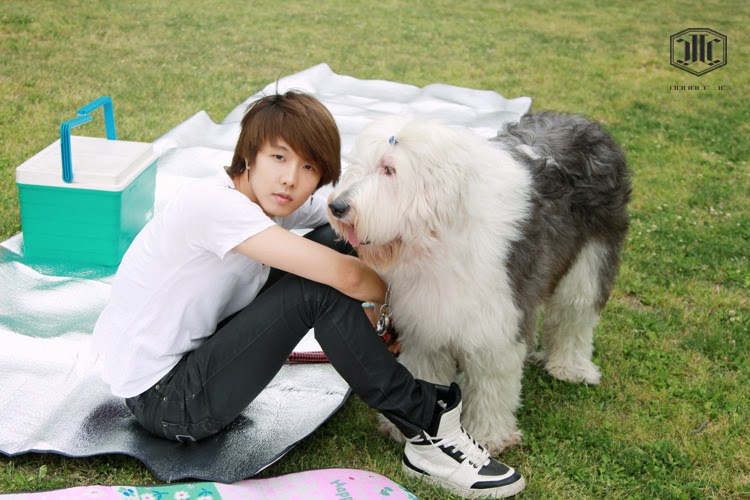 April at a Cat Cafe

On a special video for NEXT K-POP STAR, the girls of rookie group April went on a trip to a cat cafe. They played, fed, and groomed the cats, showing fans a lovable side to the rookie girls. Even Naeun overcame her fear of cats and held one. Check it out and discover more about the girls, or feed your own desire to visit a cat cafe. 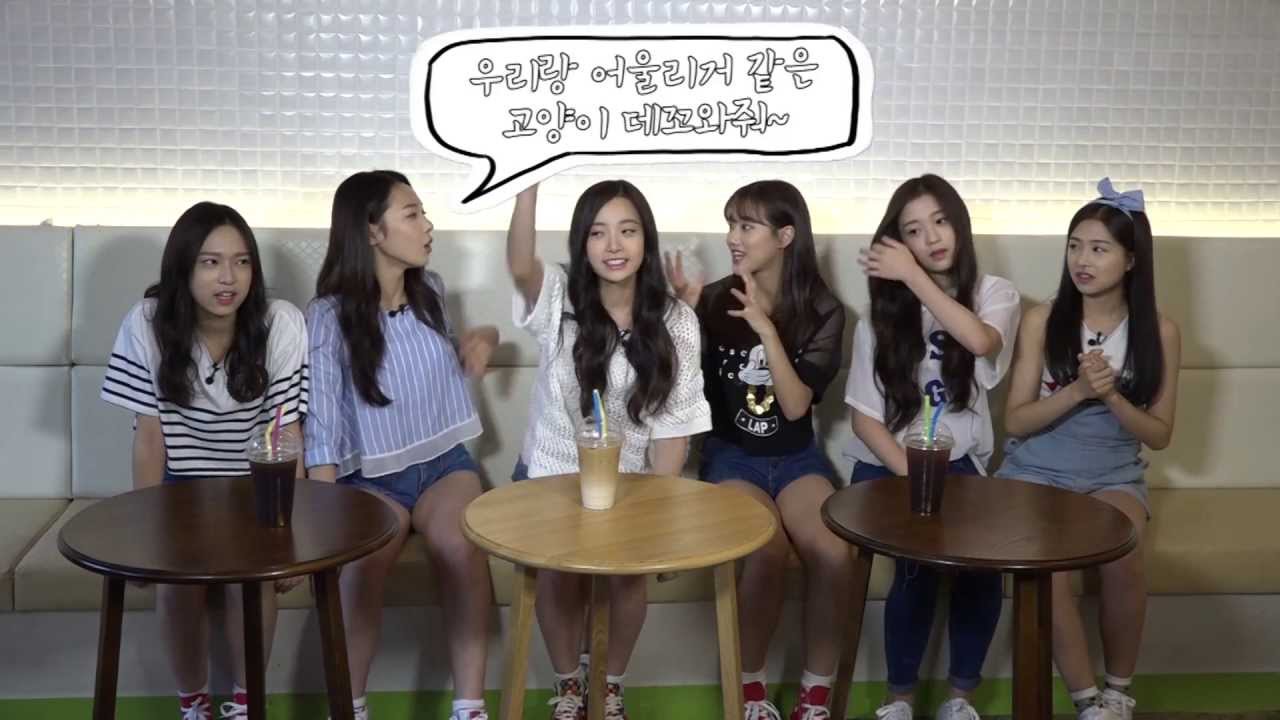 B.A.P made their highly anticipated return this year with “Young, Wild and Free.” After being gone for over a year, they members got the honor of hosting a lion on the set of their music video. It helped with the wild and free concept, but this lion did not look young. Props to the members for keeping their cool around the king of the jungle! 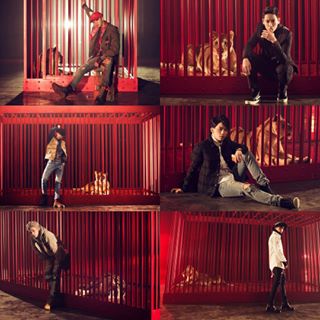 Super Junior M’s Zhou Mi was cast mid-year in a Korean-Chinese co-production titled “Best Couple” with Lee Da Hae. Much to the enjoyment of fans and expectant viewers, Zhou Mi and the show’s PD left little surprises for the drama with a constant upload of pictures on Instagram. Some of our favorites are of Zhou Mi and the animals he works with on-set. 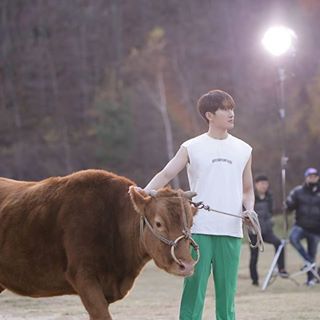 myB, GanGee, and a Zoo

Okay, so there isn’t a zoo. But when the gorgeous members of myB teamed up with GanGee for a photo shoot, they got to play with plenty of animals, from a llama to an orangutan. The girls may be rookies, but they handled themselves professionally around all the animals to create a fun and cute pictorial. 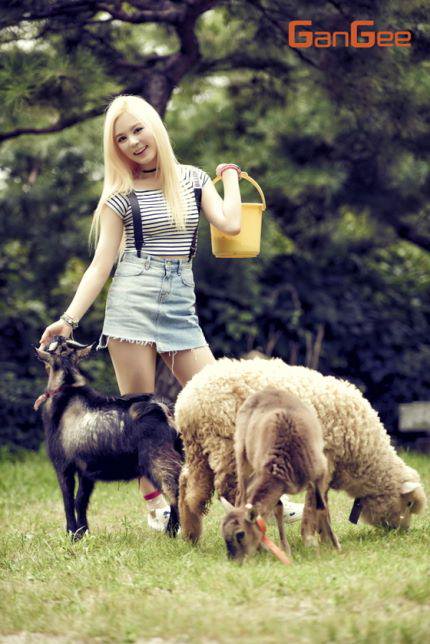 INFINITE’s L Gets a Day Off

That’s right. INFINITE’s L actually got a day off. What did he do with it? He volunteered his services to help abandoned cats. L spent one of his few days off sweeping, grooming, feeding, and even cleaning out litter boxex. L may already have a cat named Star at home, but we welcome pictures of L with cats anytime.

iKON fans were delighted last month when members B.I and Jinhwan joined JTBC‘s “Mari and Me.” The two will be fixed members of the variety show’s cast, and will be filmed as they take care of a pet. Hopefully they’ll be able to have fun, as both have pets of their own. This will also be an opportunity to show a different side to the rookies. 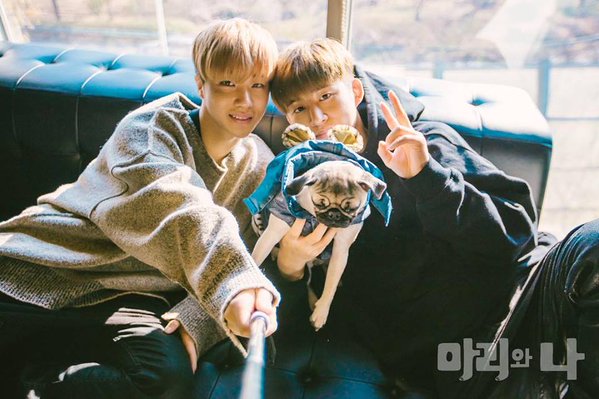 What interactions between idols and animals do you hope to see in the future? More from your favorite idol and his or her pet? Or maybe a pictorial with puppies or kittens? We’d say penguins, but they’re a pretty protected animal. We can dream, right?

heytoto currently teaches ELL in South Korea and when she isn’t in line for something, can be found drinking a latte.