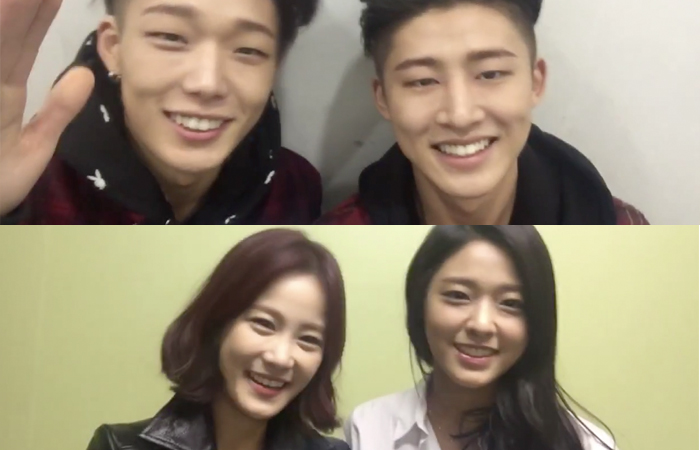 iKON‘s Bobby and B.I, AOA‘s Seolhyun, and comedienne Kim Ji Min have shared a video to get everyone even more excited for their upcoming appearance on the very special Christmas episode of “Running Man”!

The four stars are appearing on the next episode of “Running Man,” which will be a throwback to the classic variety show “X-Man,” featuring games from the show as well as some fan-favorite guests.

In the video uploaded by SBS, Seolhyun and Kim Ji Min wish everyone a “Merry Christmas!” and ask us all to look forward to the show.

The episode is also special because it marks the first variety show appearance for Bobby and B.I. In the video, the two iKON members celebrate the fact that they’re making their first appearance on “Running Man,” and encourage everyone to watch.

Are you excited for the next episode of “Running Man”?