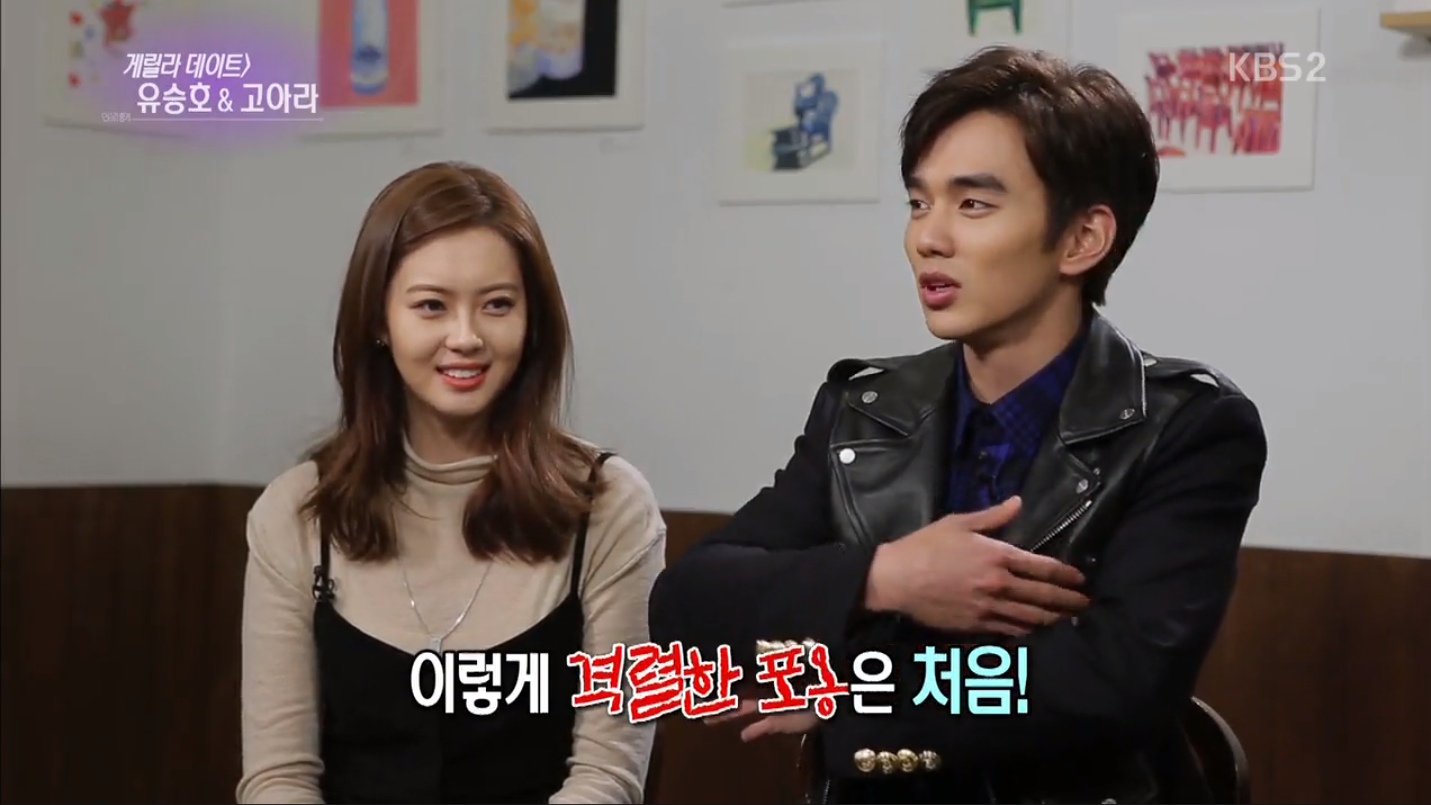 Yoo Seung Ho gets close with a fan while appearing on this week’s episode of “Entertainment Weekly”!

The actor is taken on a “guerrilla date” interview in the street along with his “Joseon Magician” co-star Go Ara, and while they are talking to the reporter, a crowd quickly forms around them. Some lucky fans of the two stars get the once-in-a-lifetime chance to not only meet Yoo Seung Ho and Go Ara, but also play games with them, hug them, or take selfies with them.

Afterwards, they sit down for an interview inside. When asked what the most memorable moment of their guerrilla date on the street was, Yoo Seung Ho replies, “I [played a game] with a balloon with a student.”

We then see a clip of Yoo Seung Ho playing a game with a female student where they have to try to burst a balloon by placing it between themselves and hugging. But the balloon won’t burst, so they keep hugging tighter and tighter! 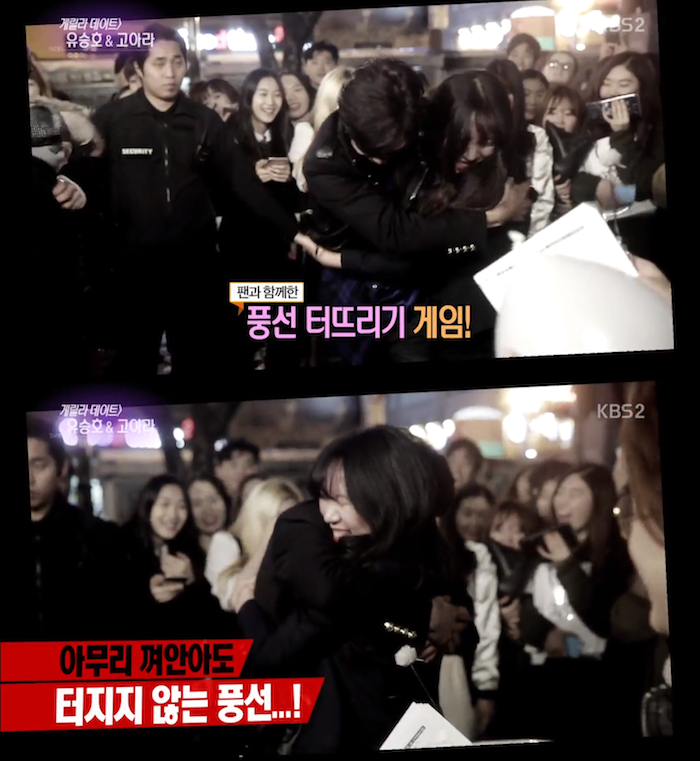 “We were hugging so intensely,” recalls Yoo Seung Ho in the interview. “But it still didn’t work.”

“It’s been a long time since you’ve had such an intense hug, hasn’t it?” replies the interviewer.

“I’ve never even done that in a film or a show!” jokes Yoo Seung Ho in reply. 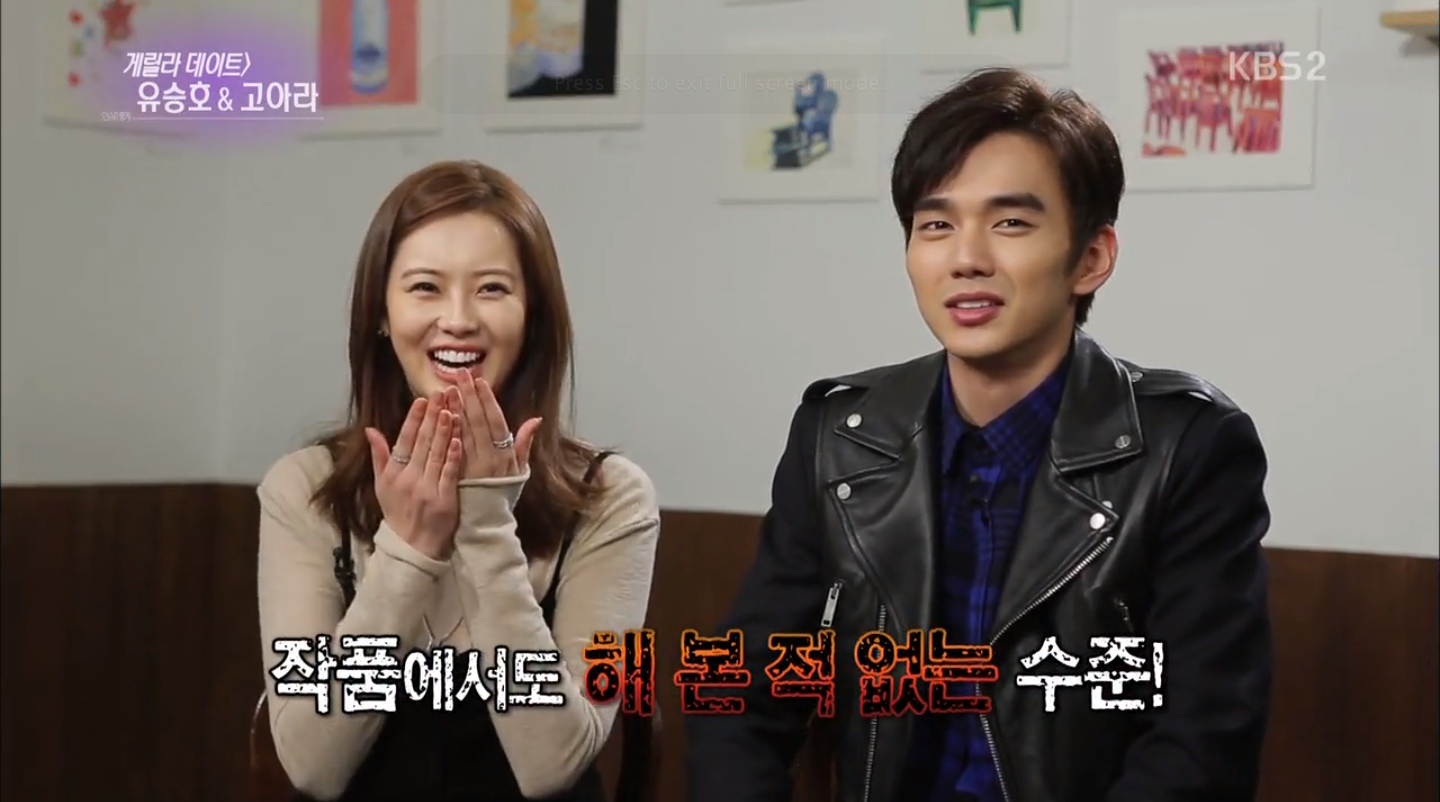