Haha To Take Action Against Impersonator

Haha is yet again dealing with the issue of impersonators.

Recently, someone claiming to be Haha posted an advertisement on Facebook, promising e-coupons and gift certificates to anyone who clicked the “like” button. In addition to the post, they uploaded a photo of Haha and his wife Byul as proof that the account was legitimate.

However, on December 20, a representative from Haha’s agency QUAN Entertainment released a statement, saying, “We just confirmed the existence of the post. We are immediately taking measures to have it removed.” 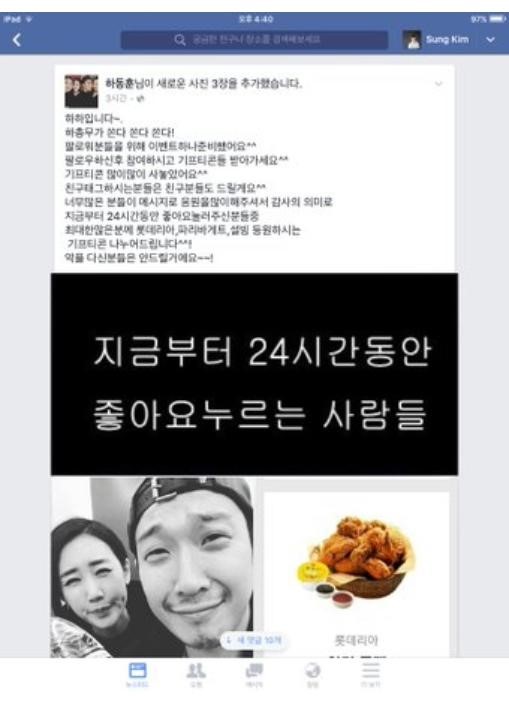 Haha also posted about the impersonator on his personal Twitter account. “To the person who is impersonating me! I’m now going to be taking countermeasures against you without any further warnings.” In response to fans asking him about the post, Haha responded, “[That person] is not me,” and “Please absolutely do not be fooled.”

This is not the first time Haha has dealt with impersonators. Last July, an impersonator used Haha’s name to extort money and send sexually harassing messages through messenger services. At the time, Haha’s agency stated, “We’ve confirmed that the person behind [these crimes] is not Haha. We’re currently preparing a legal response, and in the case of similar incidences, we will respond more strongly to prevent any further people from falling victim.”

In September of 2014, Haha wrote on his Twitter, “This is the last warning. You are harming me as well as many others. I’ll forgive you if you admit your deeds to our company.”

It seems poor Haha can’t catch a break when it comes to impersonators.

QUAN Entertainment
HaHa
How does this article make you feel?