While thrilling her fans at her concert on December 20, singer-songwriter Younha fractured her leg but kept on performing!

Her agency C9 Entertainment told news outlet Donga on December 20, “Younha suffered an injury to her left leg during her concert. Immediately after the concert, she was taken to the hospital where she was told she had fractured her leg. It is expected it will take four weeks to heal.”

“A cast has been put on the injured area,” they say. “There will be a thorough physical examination of the area tomorrow.”

Younha held her second “2015 Final Fantasy” concert at the Olympic Hall in Seoul on December 20. It’s reported that after she sang “Rock Like Stars,” she told the audience, “I hurt my leg when I was coming off the stage after my first performance. I wanted to run around more, but I couldn’t, so I’m so sorry. But I’ll keep going hard until the end!” It’s said that despite her injury, Younha was running around on stage for her entire three-hour concert.

In the early hours of December 21, she posted a photo of her leg to her Instagram. She writes, “Geez, why did it get injured! I’ll work hard at reading books and at work for a month. I love you, Holics!” 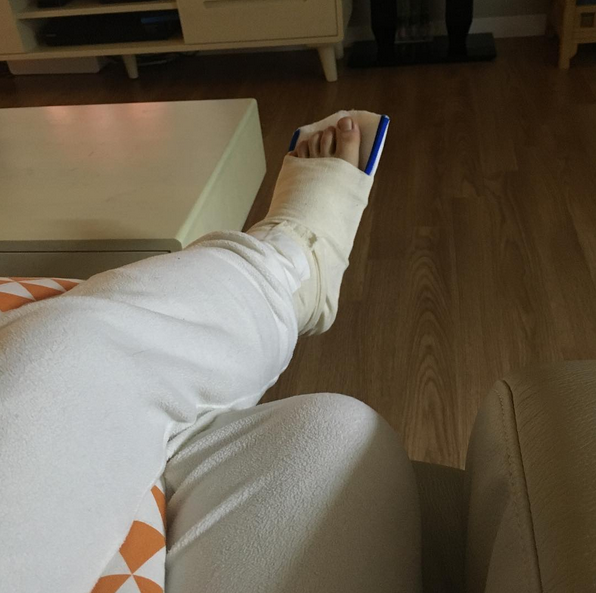