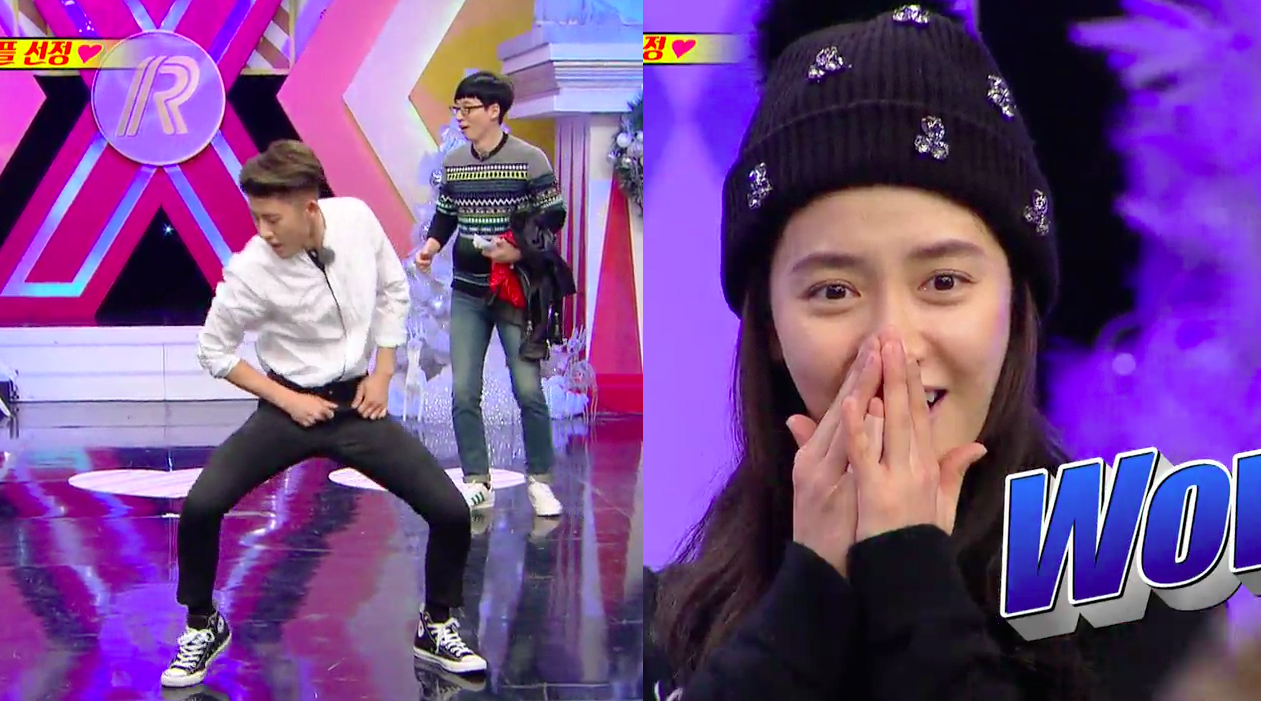 On this week’s “X-Man” throwback special of “Running Man,” iKON‘s B.I impresses everyone with the dance he performs for Song Ji Hyo.

When the guests and cast members perform for each other as they’re pairing up as couples, B.I attempts to get Song Ji Hyo to pick him as her partner by dancing for her. He chooses to perform a smooth and captivating cover of Brian Puspos‘s choreography, which B.I performed previously as a group dance on the survival show “Mix and Match.” 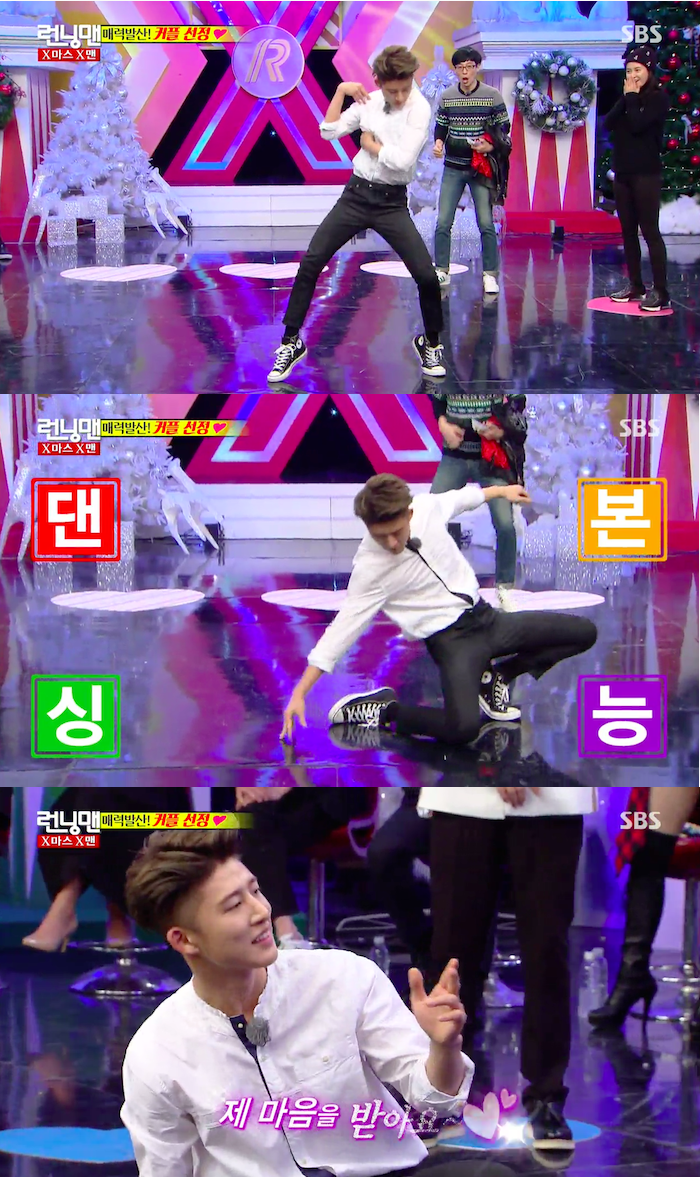 This may be B.I’s first time on a variety show, but he shows he’s no newcomer to performing, clearly winning over Song Ji Hyo with his dancing and charisma. He then grabs Song Ji Hyo’s hand and guides it around his waist, before turning them both around and leading her away from the group. 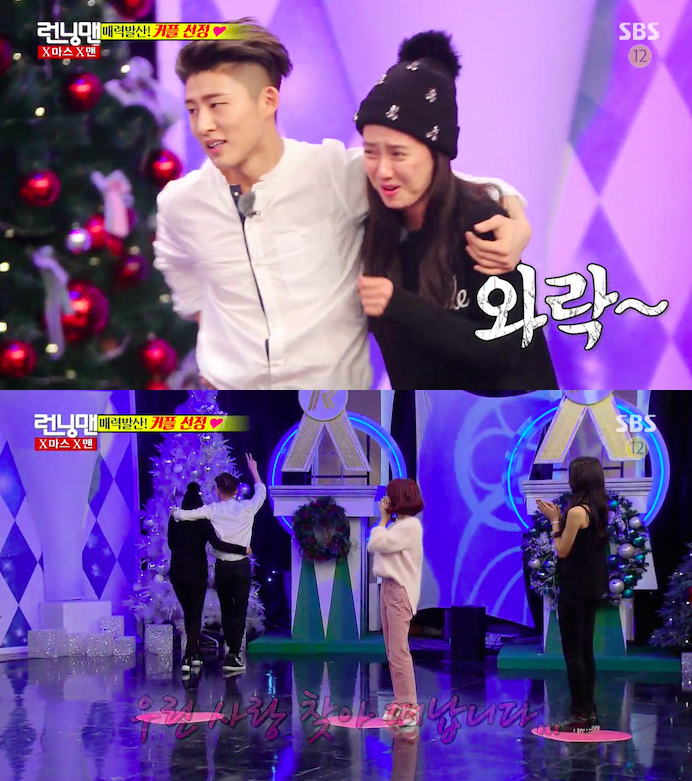 In response, Song Ji Hyo’s “Monday Couple” partner Gary right away performs his own hilarious dance for Seolhyun. Even Yoo Jae Suk takes his own turn at trying the dance, with some help from B.I! 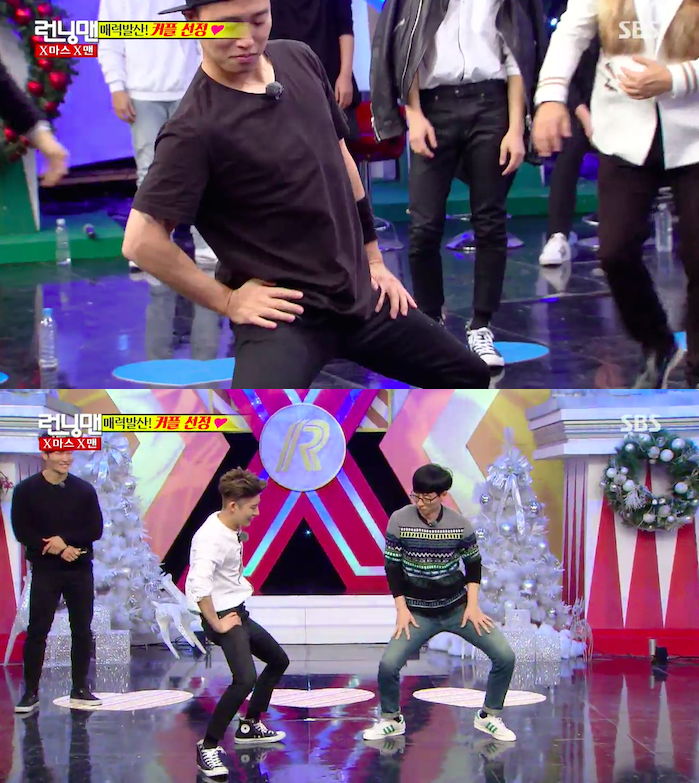 Check out B.I’s performance starting at the 1:09:13 mark in the episode below.