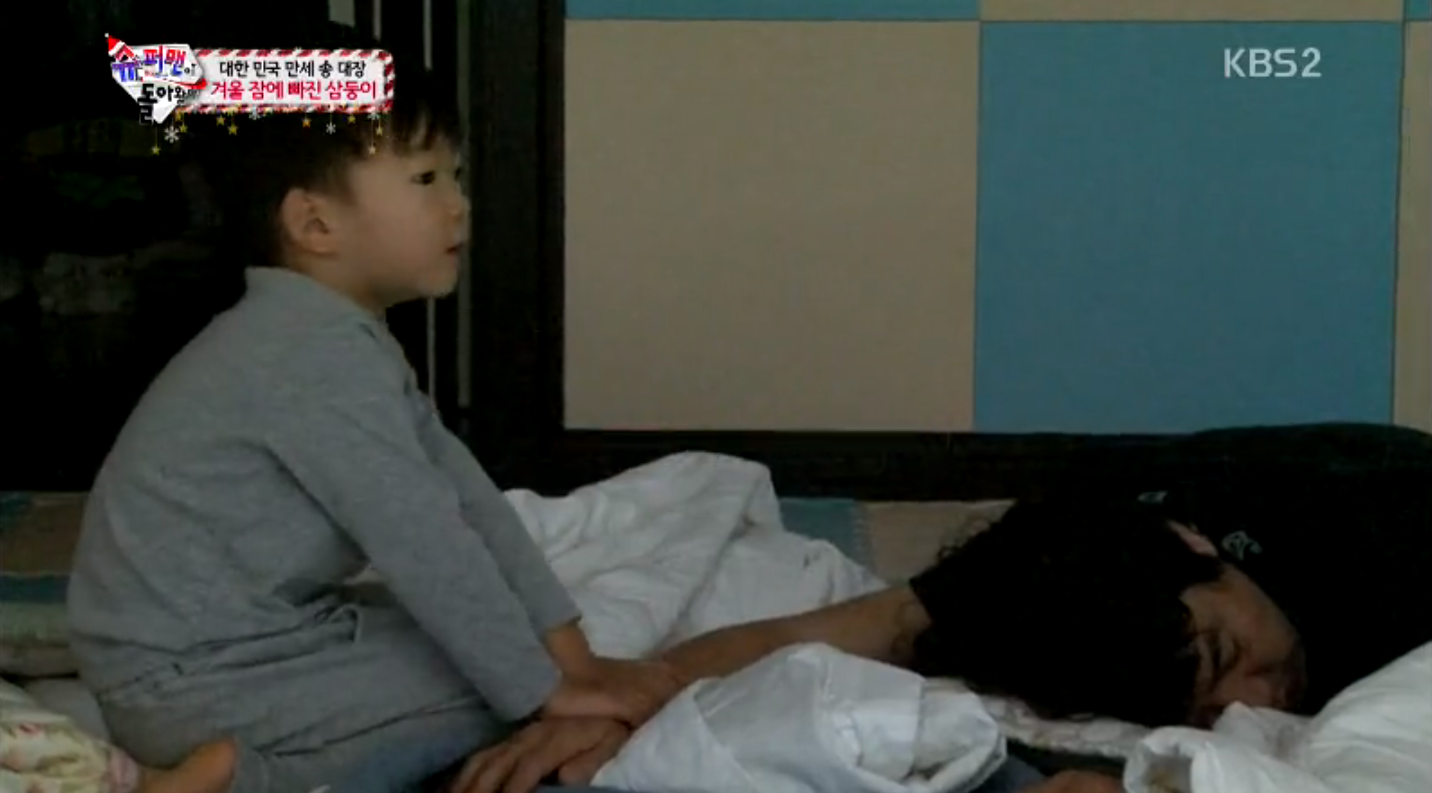 On this week’s episode of “The Return of Superman,” Song Il Gook‘s son Daehan once again shows how caring and kind he is.

Manse is the first of the triplets to wake up in the morning in this episode, and he asks his dad, “Where are we going? Today’s our day off.” Minguk wakes up too and also reminds their dad that they have the day off from their school that day. 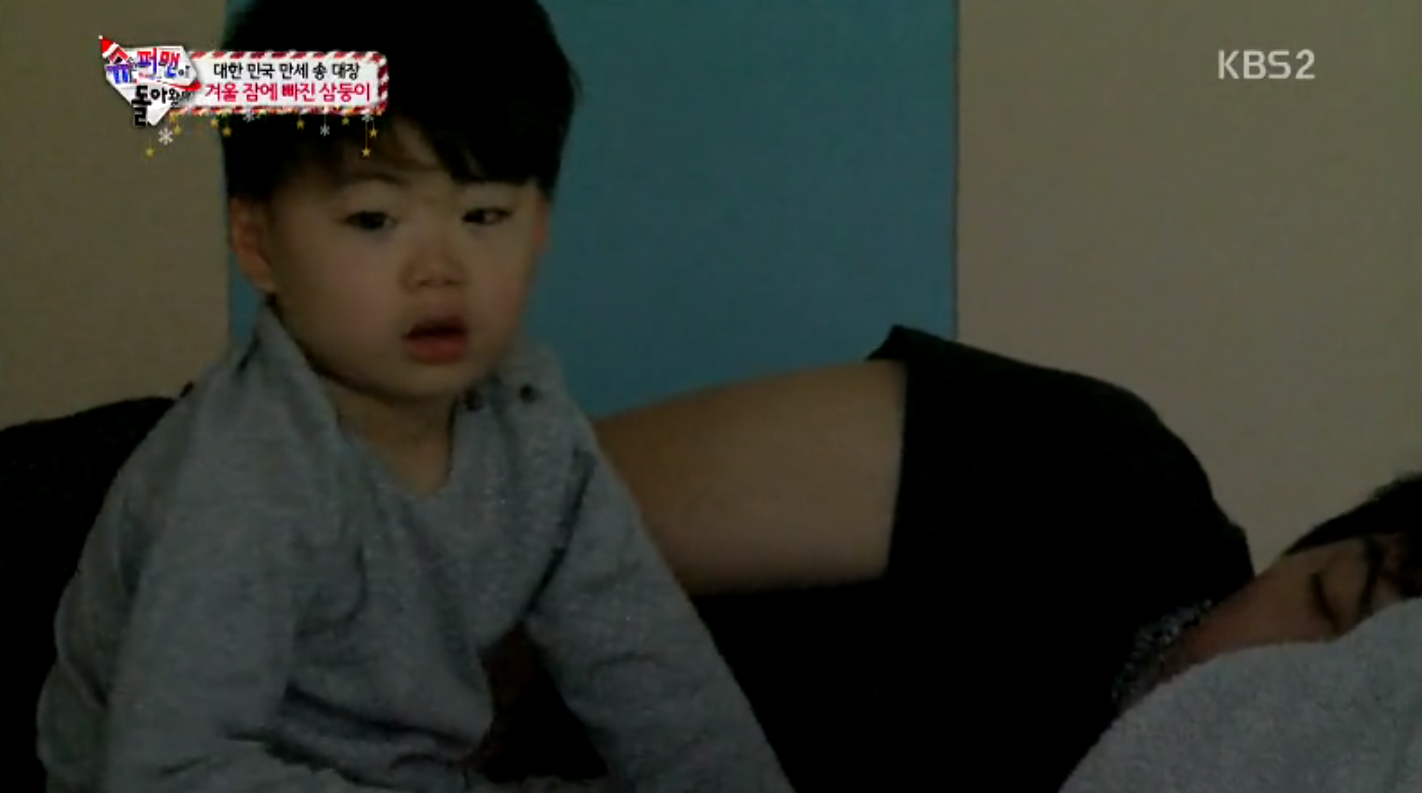 Song Il Gook groggily holds his arm out and says to Minguk, “Please massage my arm for me.” Meanwhile, Manse climbs on his back and giggles mischievously. 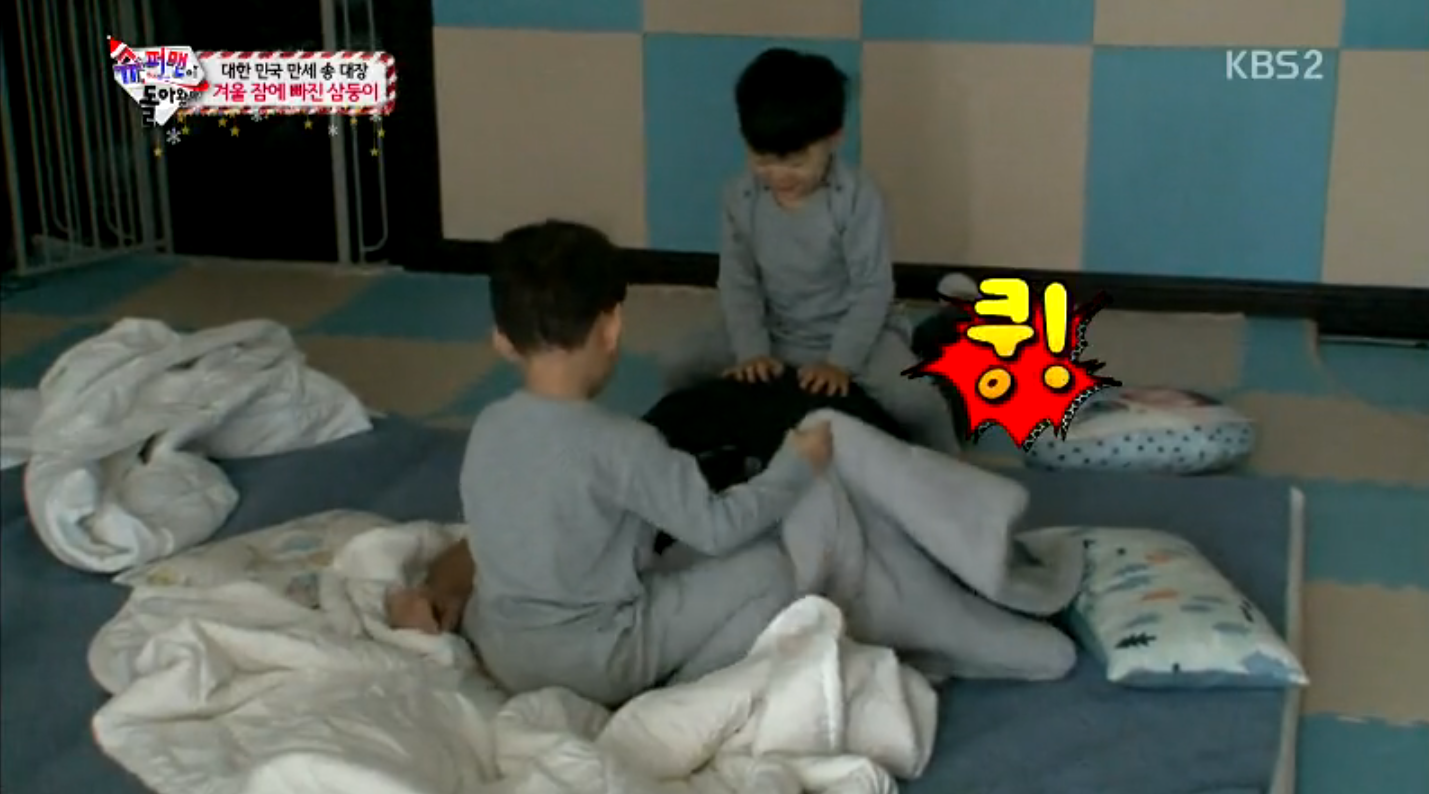 Daehan finally wakes up too, and Song Il Gook sleepily asks him to massage his arm. 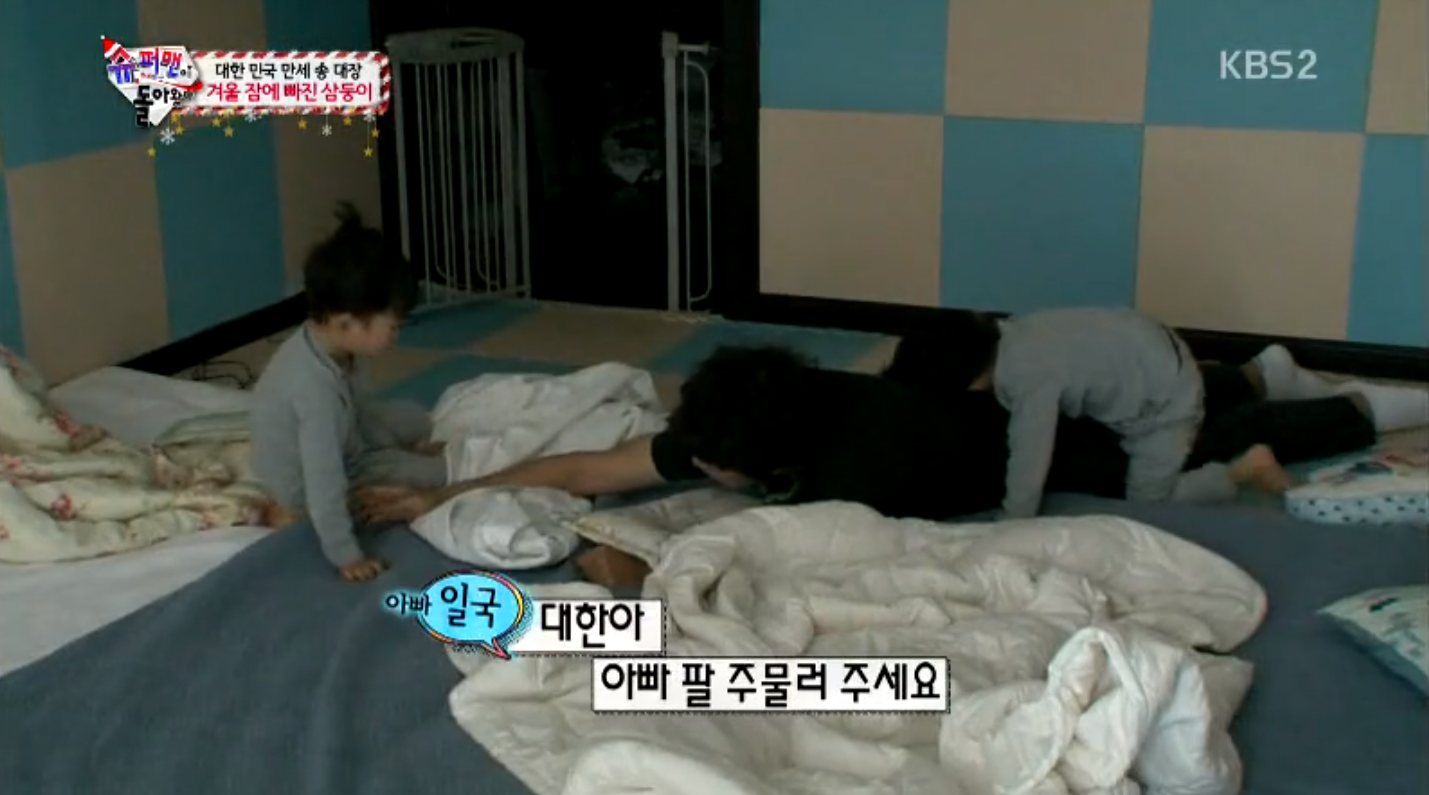 Daehan, naturally, sets right to it, and says to his youngest brother Manse in a worried voice, “Massage dad’s arm for him. He says his arm hurts.” He then turns to Minguk and says, “Minguk, dad says his arm hurts!” 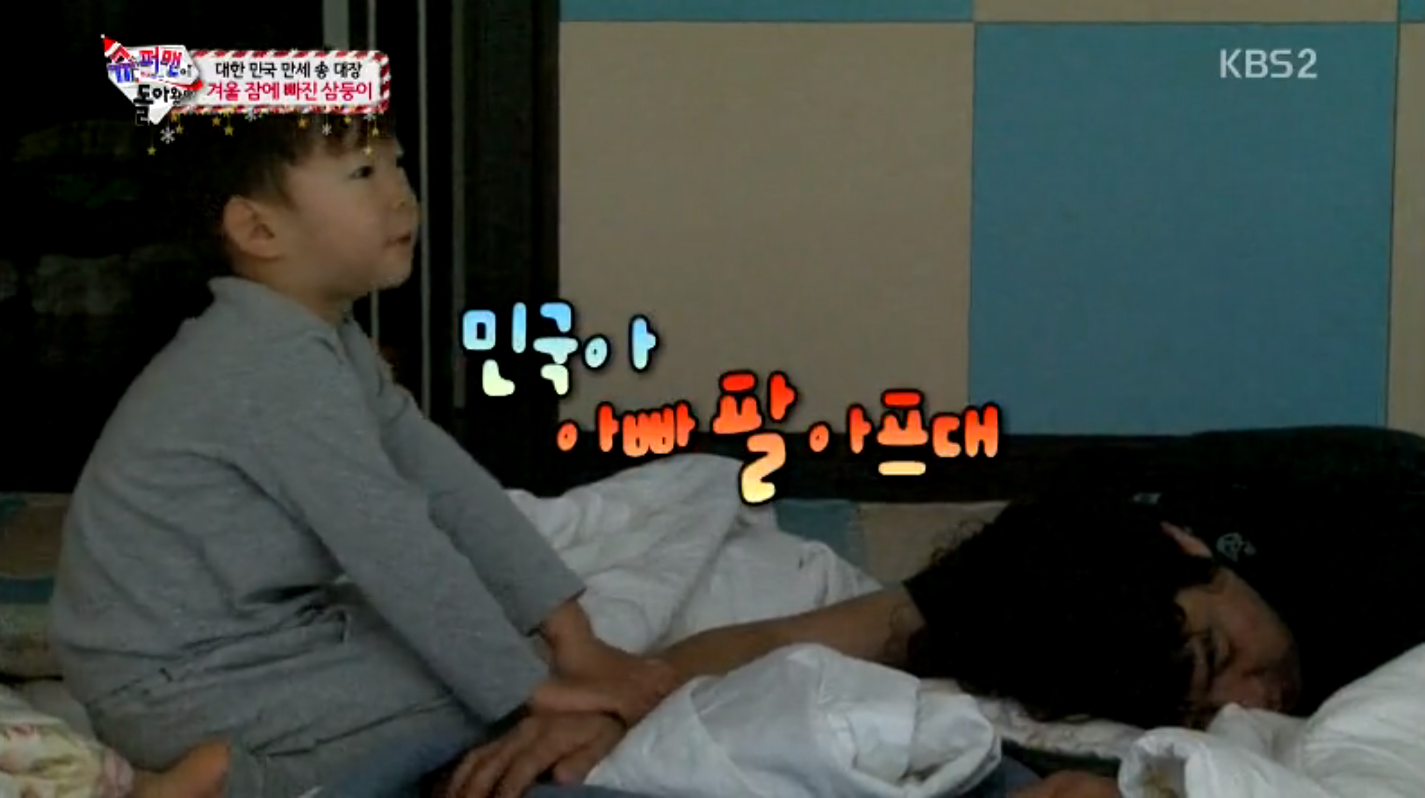 However, his younger brothers are too busy to hear, as Manse is hitting his dad’s leg and singing, and Minguk is focused on folding his blanket. “Thank you, Daehan,” says Song Il Gook. 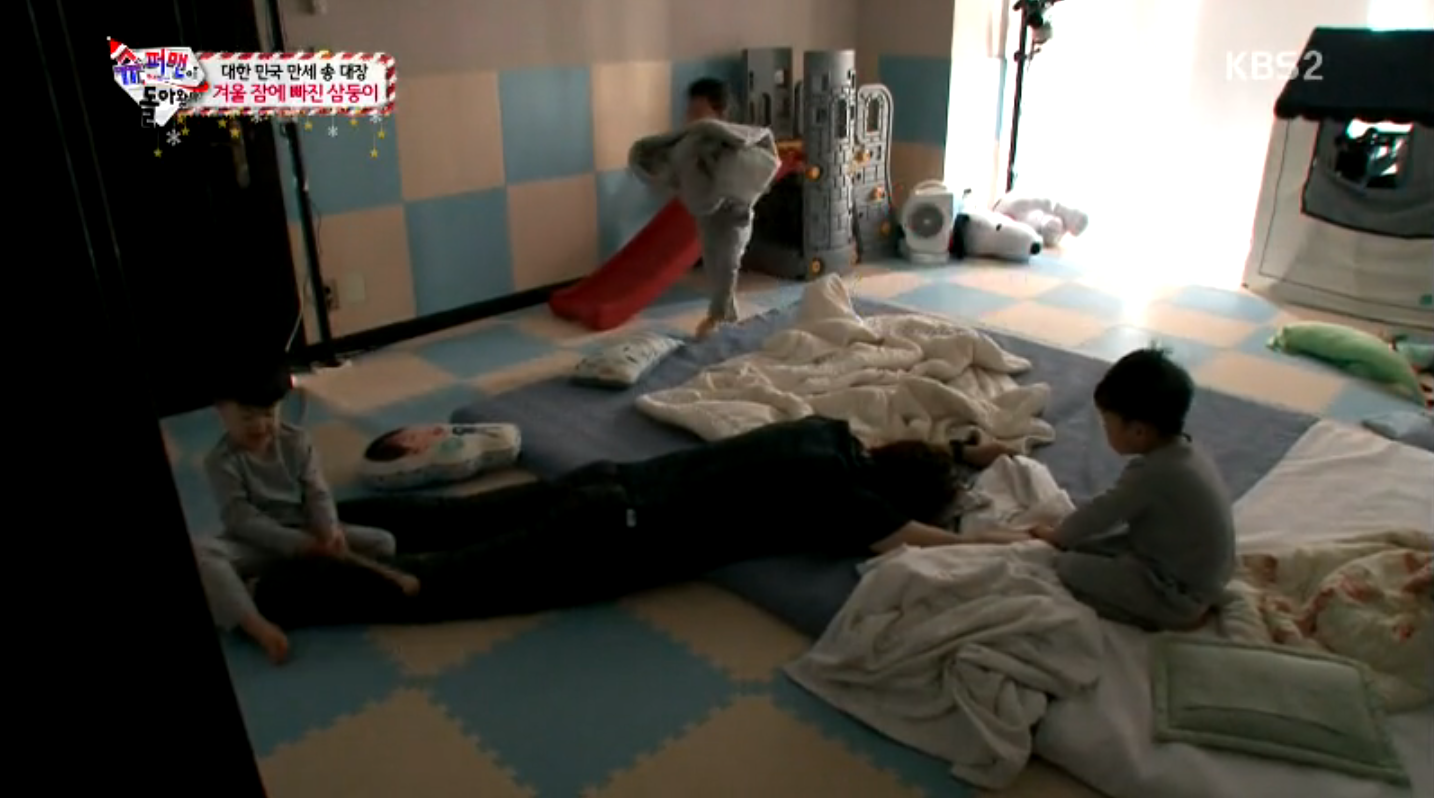 Watch the triplets in the latest episode of “The Return of Superman” below!