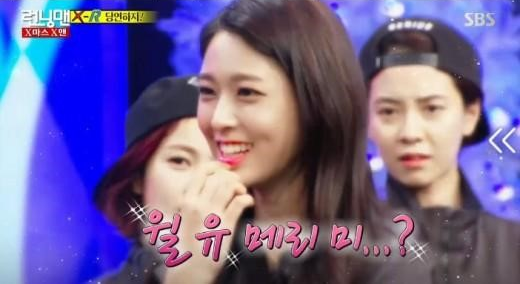 On December 20, SBS’ “Running Man” broadcast its “X-Mas X-Man” special. The episode was a throwback to the 2005 hit variety show “X-Man,” in which stars would play various games and attempt to identify the hidden “X-Man” in their midst.

One of the classic games is the “Dangyunhaji” or “Of Course” game, where players would throw surprising or insulting comments at one another in an attempt to fluster their opponent. Whatever was said, the opponent had to reply, “Of course.” 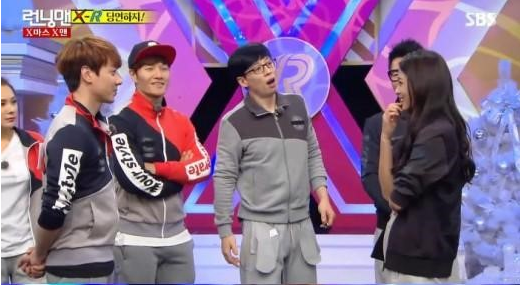 In the episode, Shinhwa’s Andy went up against AOA’s Seolhyun and came out swinging with, “Will you marry me?” Seolhyun was taken aback by the question and guest Chae Yeon told her, “If you say ‘Of course’ now, you really have to marry him.” Song Ji Hyo, who was on the same team as Seolhyun, reminded her that it was just a game.

Seolhyun kept her cool and said “Of course,” and won the match by coming straight back with, “Let’s get divorced.”

Watch the episode below (the match between Andy and Seolhyun starts around 51:30).

AOA
Andy
Running Man
Shinhwa
Seolhyun
How does this article make you feel?