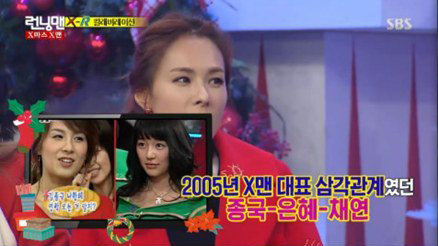 Singer Chae Yeon opens up about her love triangle relationship with actress Yoon Eun Hye and singer Kim Jong Kook when they used to appear together on the popular variety show “X-Man” about 10 years ago. 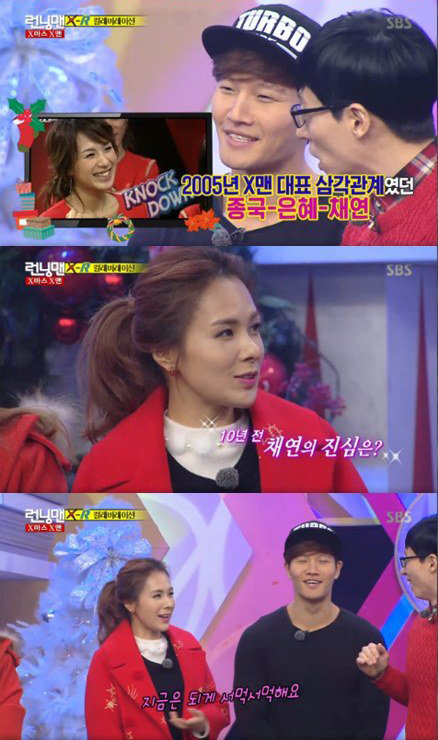 The December 20 broadcast of SBS’s variety show “Running Man” aired an “X-Man” special and Chae Yeon appeared as one of the original members.

Thinking about her past appearance on “X-Man,” Chae Yeon said, “Kim Jong Kook had eyes only for Yoon Eun Hye. I think I used to like him back then as a young girl. Now we’re just awkward.”