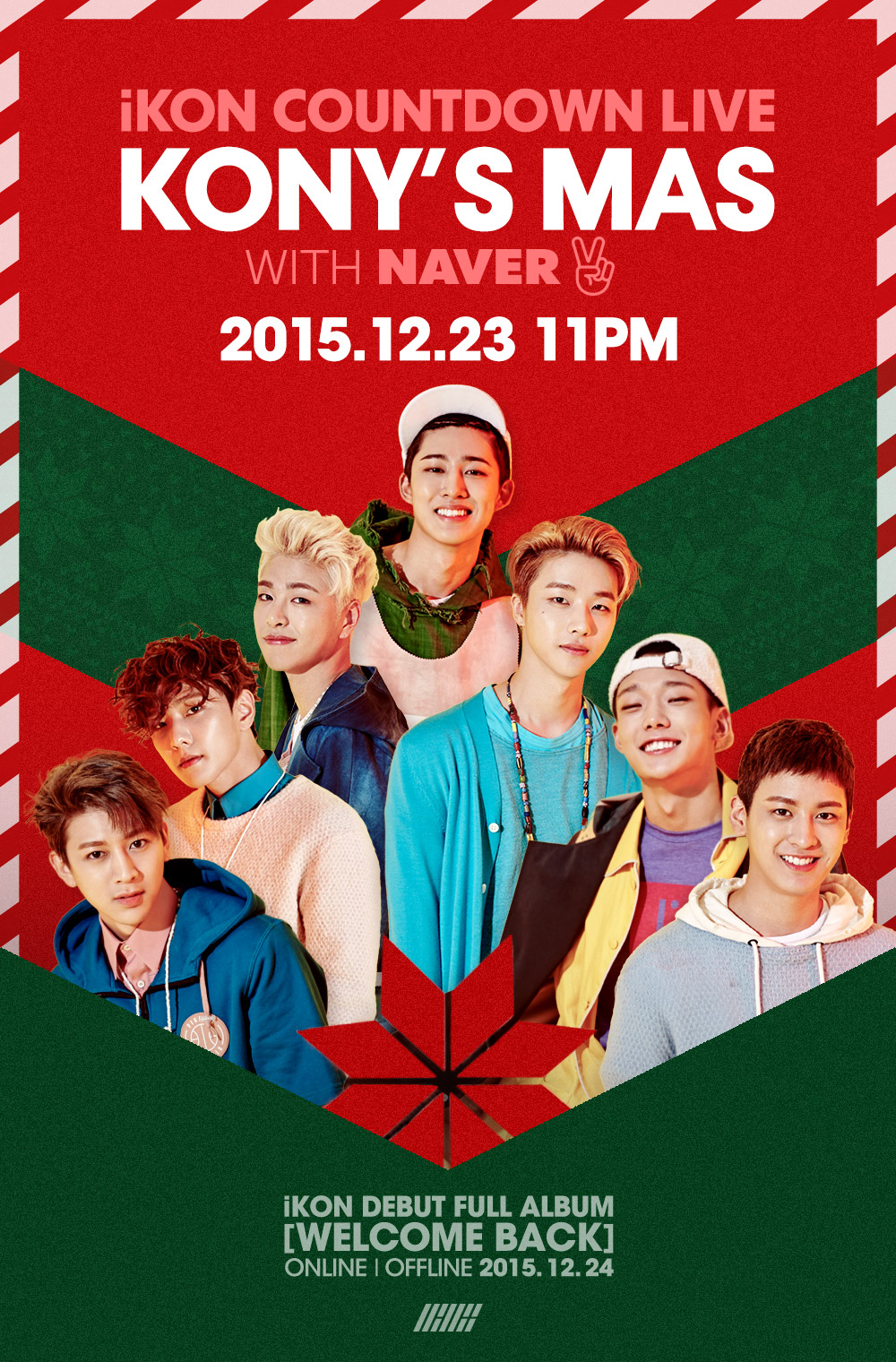 YG Entertainment’s newest group iKON has revealed their final tracklist for their debut full-length album. They have also revealed that they will be holding a special event in honor of the release.

On December 22, YG revealed a poster for the tracklist on their official website. The album appears to hold a total of 11 songs. 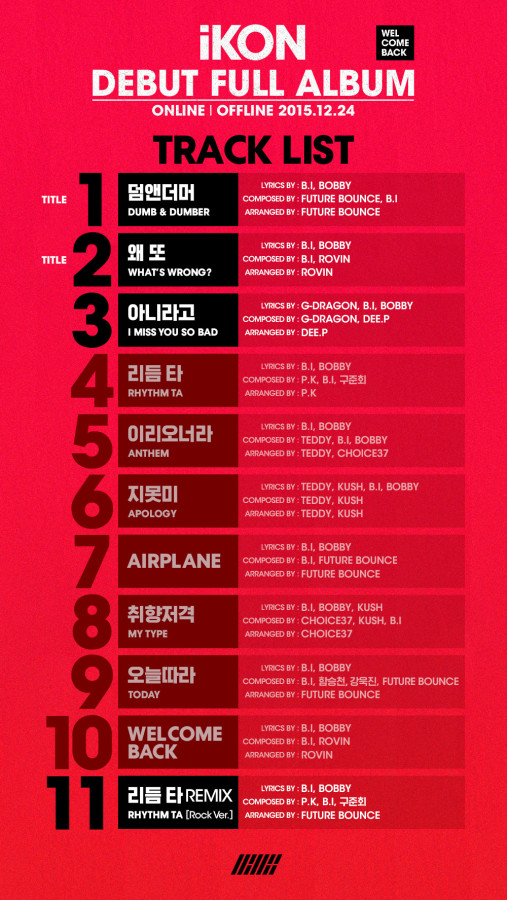 The first song and one of the title tracks of the album is “Dumb and Dumber,” produced and written by members B.I and Bobby. The two of them also participate in the composition of every single song on the album, either in production or lyrics (or both). The second title track is titled “What’s Wrong?”

The album also includes previously released tracks such as “Rhythm Ta,” “Anthem,” “Apology,” “Airplane,” and “My Type.” The brand new third track “I Miss You So Bad” was written and composed by G-Dragon as a present to his juniors.

“Welcome Back” will be released as a full-length album on December 24. In order to build up to the release, iKON will be holding a live countdown on the Naver V app called “KONY’s MAS” starting December 23 at 11 p.m KST.