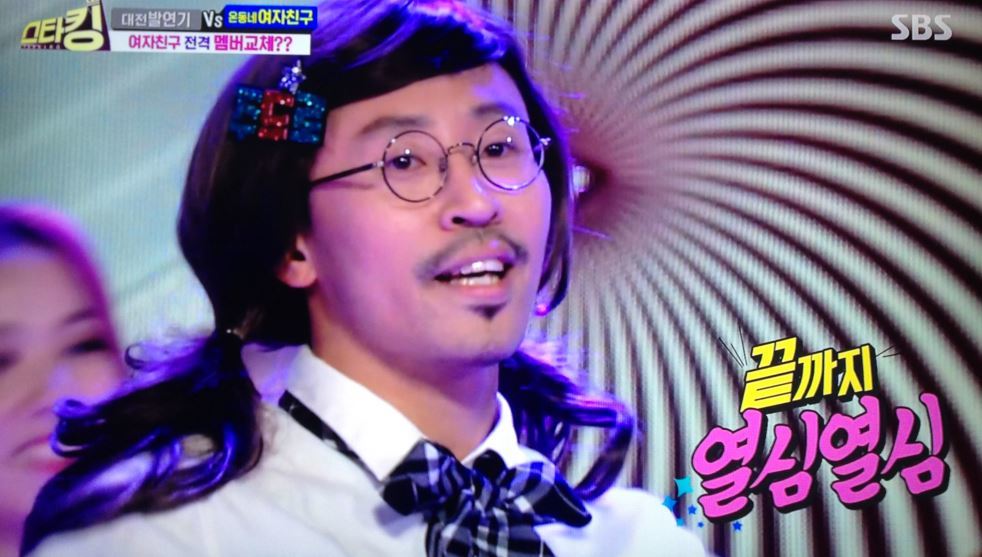 The teacher who went viral for his flawless cover of GFRIEND’s “Me Gustas Tu” with his students appeared on “Star King” and had the opportunity to dance with the real deals.

On the episode of “Star King” aired on December 22, Joo Shin Seok, the teacher in the video, appears in a wig and school uniform. He gets the opportunity to dance with the members of GFRIEND in place of Yerin. He fits in as if he were a member, and the panel is surprised by the group’s synchronized moves, though this is the first time they have performed together.

“I have tried to keep in close touch with my students since the day I became a teacher eight years ago,” Joo Shin Seok says. “My childhood dream was to become a rapper. I tried dancing and singing to fit in with my students.”

Watch the video of him rocking with GFRIEND below!

GFRIEND
Joo Shin Seok
Star King
How does this article make you feel?