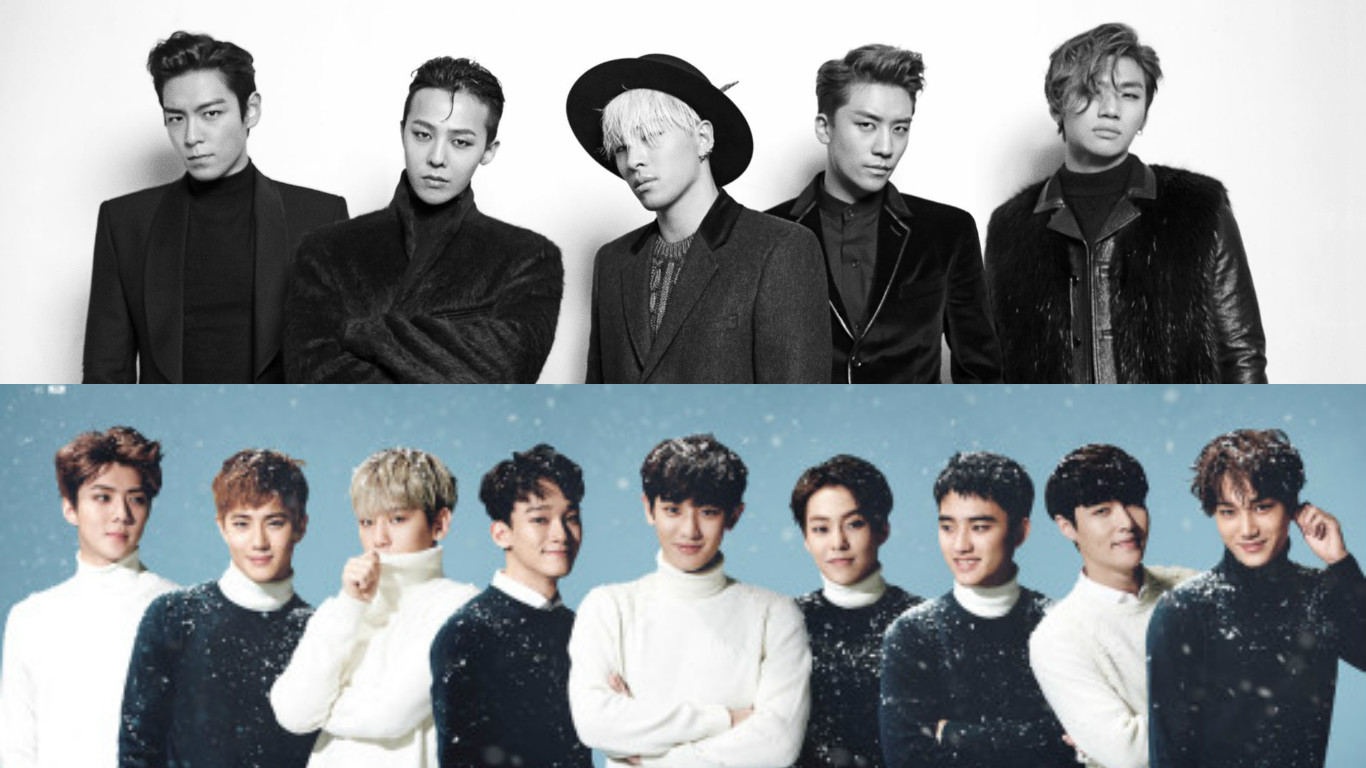 BIGBANG and EXO to Attend the 5th Gaon K-Pop Awards

Representative K-pop groups BIGBANG and EXO have been confirmed to be attending the 5th Gaon K-Pop Awards on February 17, 2016.

The Gaon K-Pop Awards is held every year by Gaon, a national music record chart in South Korea, to commemorate the top artists in the domestic music scene in the previous year. Awards are given to the top artists for every month of the year (based on digital song sales) and every quarter (based on album sales).

BIGBANG made their five-member comeback in 2015 after a long hiatus, releasing a new single every month from May to August as part of their “MADE” album series. They are currently in the middle of their highly successful world tour.

EXO also had a strong showing in album sales this year, releasing their second full-length album “EXODUS,” the repackaged version “Love Me Right,” and the special winter album “Sing For You.”

Both groups are expected to perform at the ceremony at the Seoul Student Gymnasium on February 17, 2016.

EXO
BIGBANG
5th Gaon K-Pop Awards
How does this article make you feel?