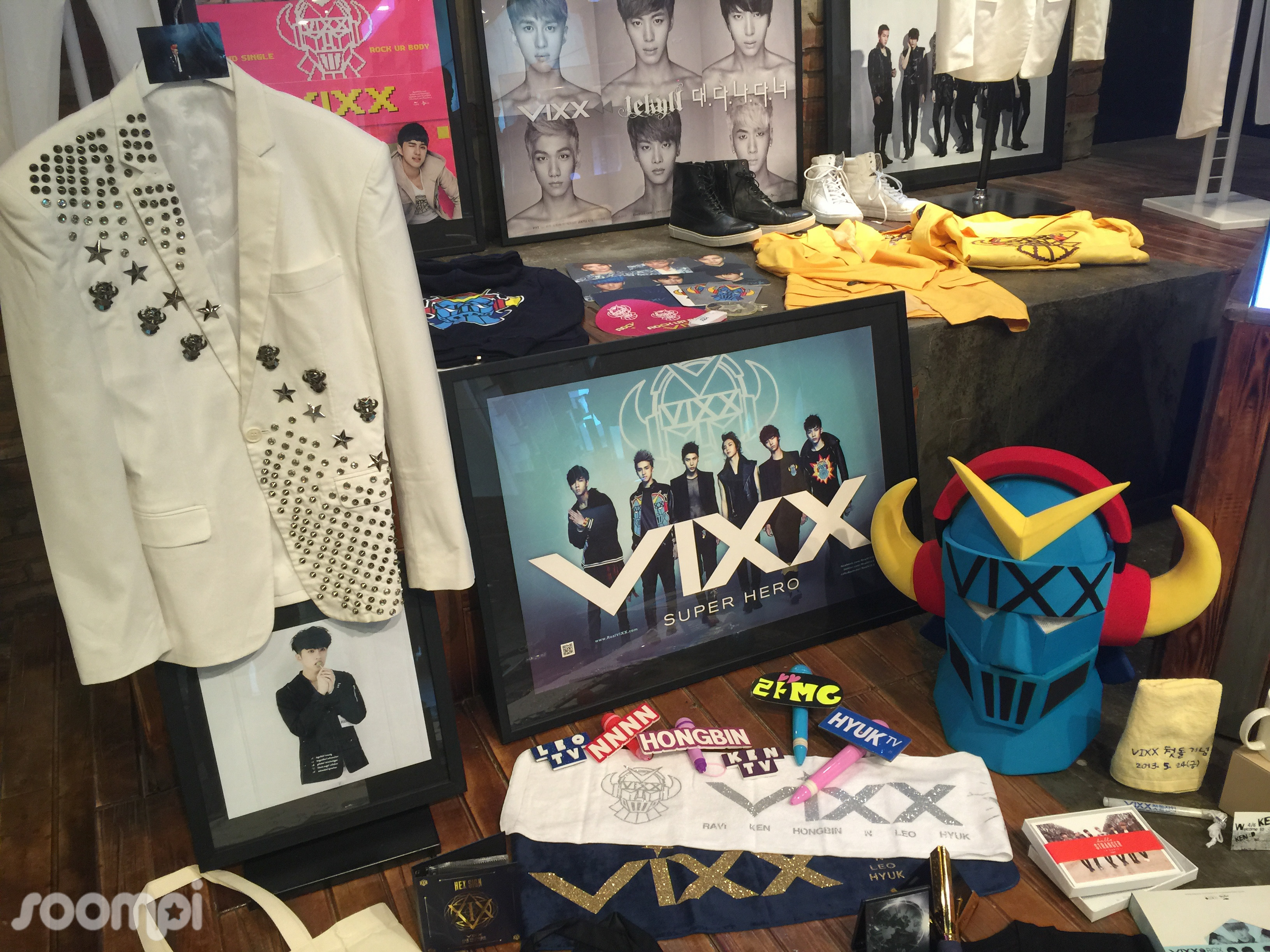 Seouling: Getting Real With Real VIXX

Seouling is an ongoing series from Soompi featuring photo tours, thoughts, and reviews of places in Seoul. By giving a view into the streets of Korea, Seouling hopes to transport Soompiers to the hub of Korean entertainment.

I won’t lie, it was a relatively cold and miserable day when I decided to visit VIXX’s ongoing mini-exhibition at the Gangnam Tourist Center. I was relived for the warmth and shelter from the wind the building offered as soon as I stepped inside. 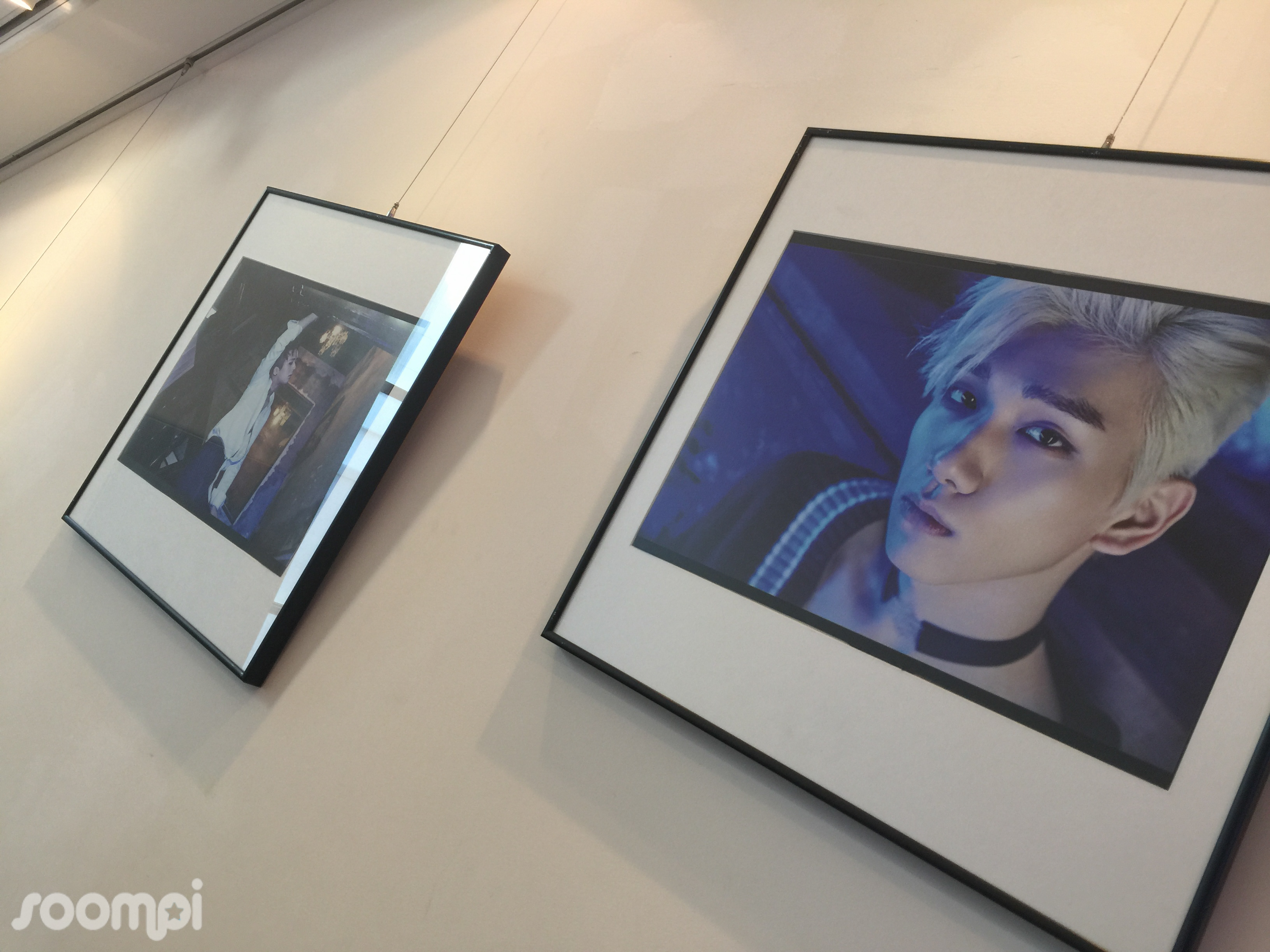 I had heard through the grapevine that there was a VIXX exhibition at the tourist center, and though I’m not quite sure if it’s large enough to be called an exhibition, it was interesting to see the things they displayed. The Gangnam Tourist Center regularly cycles through K-pop showcases and displays on the second floor of the center, which conveniently is located not too far away from the beginning of K-Star Road. The exhibitions are free to the public, and when I went there was a small group of high school girls there snapping pictures. 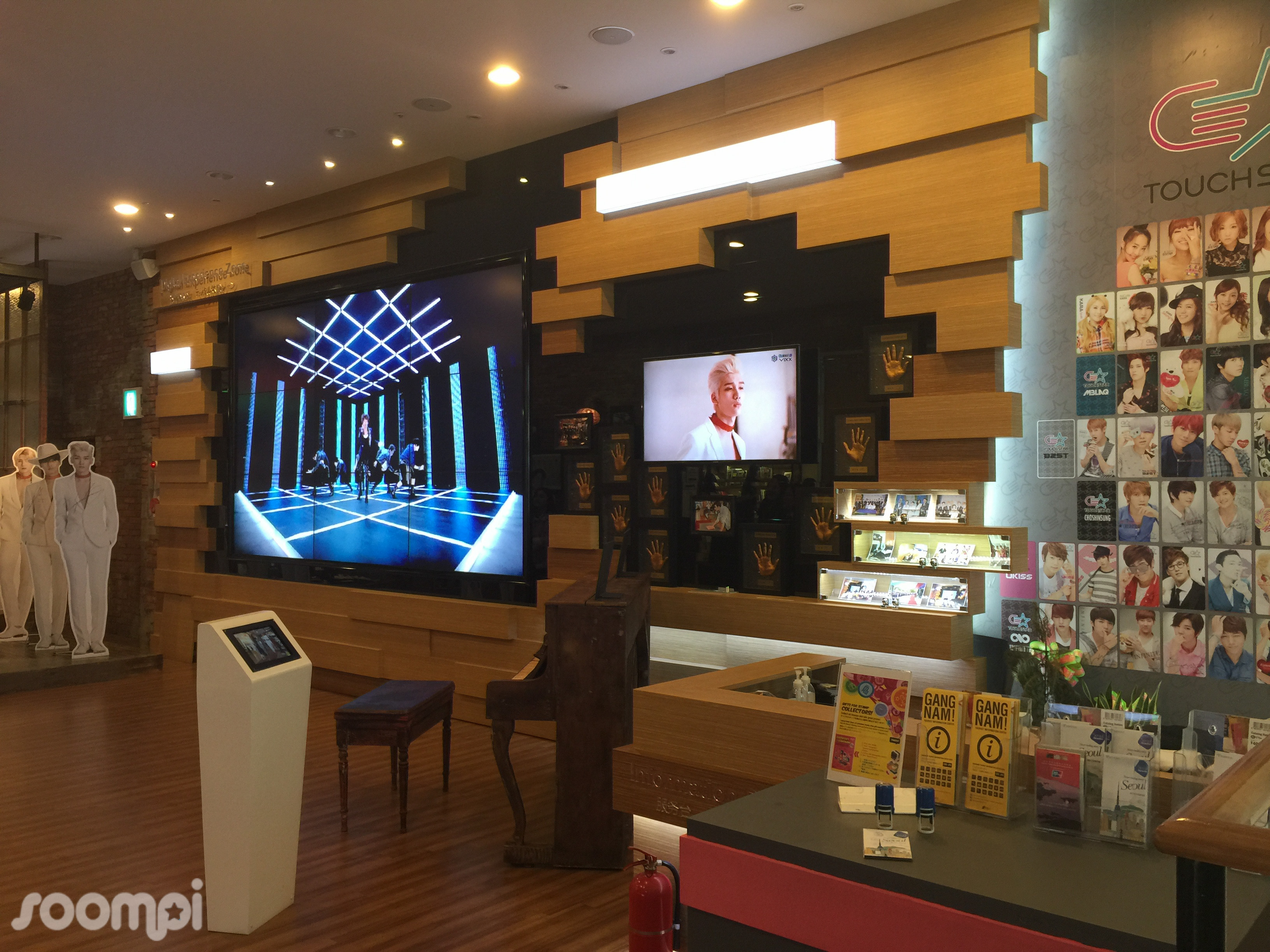 As soon as I entered the building I spotted the stairs in the corner and started heading up. If there was any question about the direction in which I needed to go, the thumping beat of VIXX’s music would have eased my fears. Shiny framed photos decorated my ascent up to the second floor, and I paused to snap a few photos of the display of items and stage costume from “Voodoo Doll.” It was interesting getting to see the objects used in the music video and on stage up close. 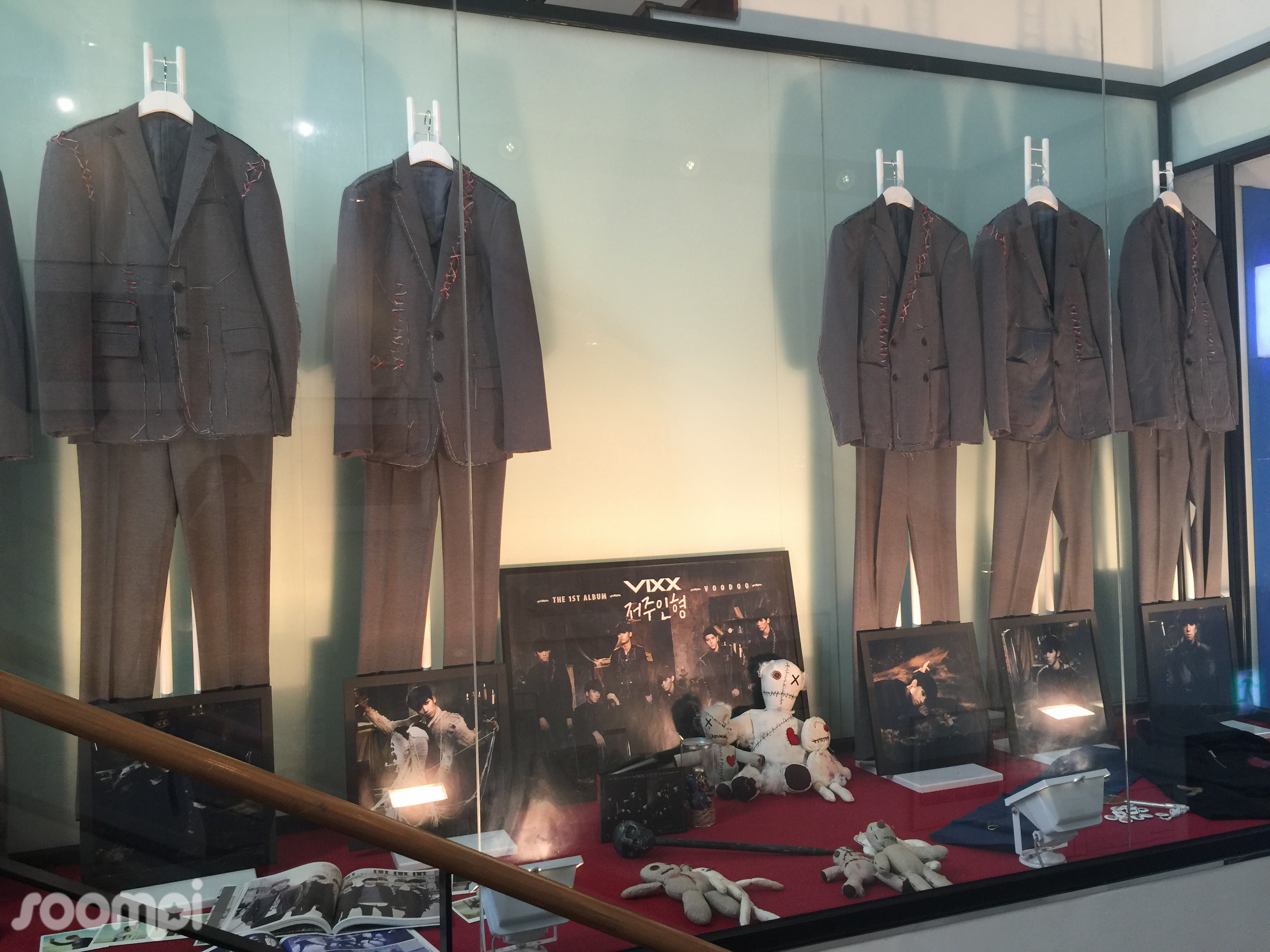 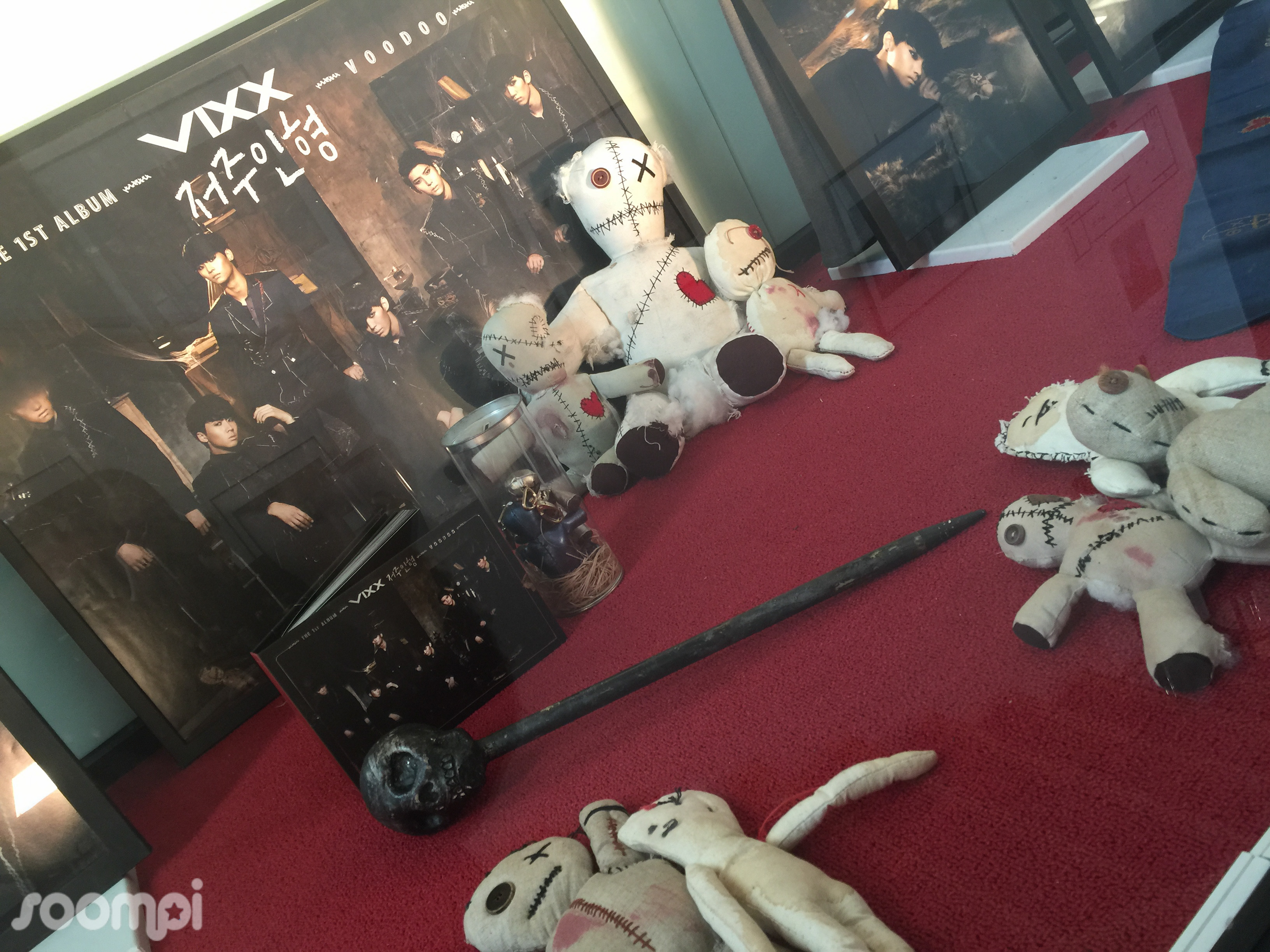 On the second floor there was a large screen looping VIXX’s music videos. In addition to that, the piano used in the VIXX LR music video stood for fans to admire. 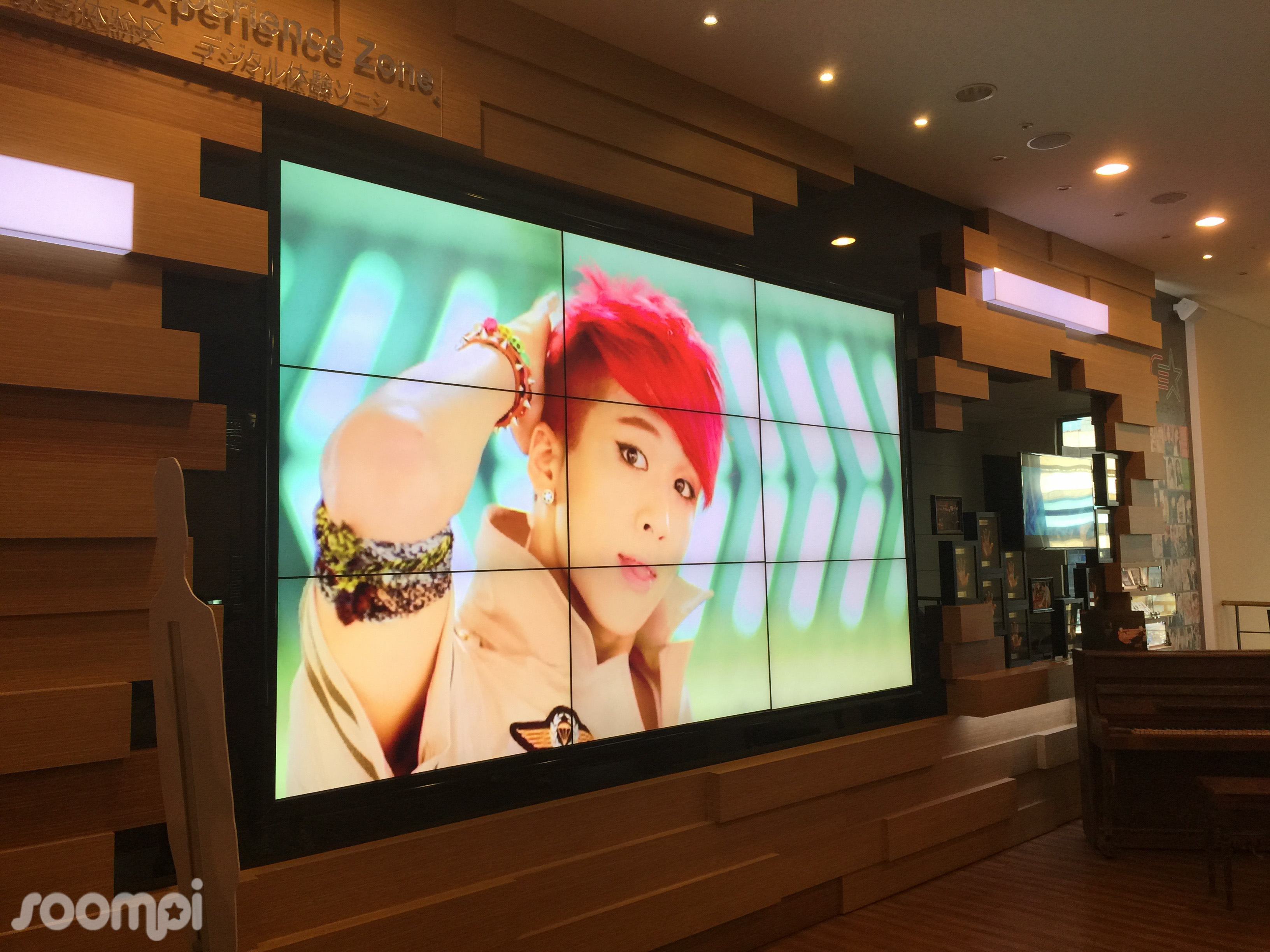 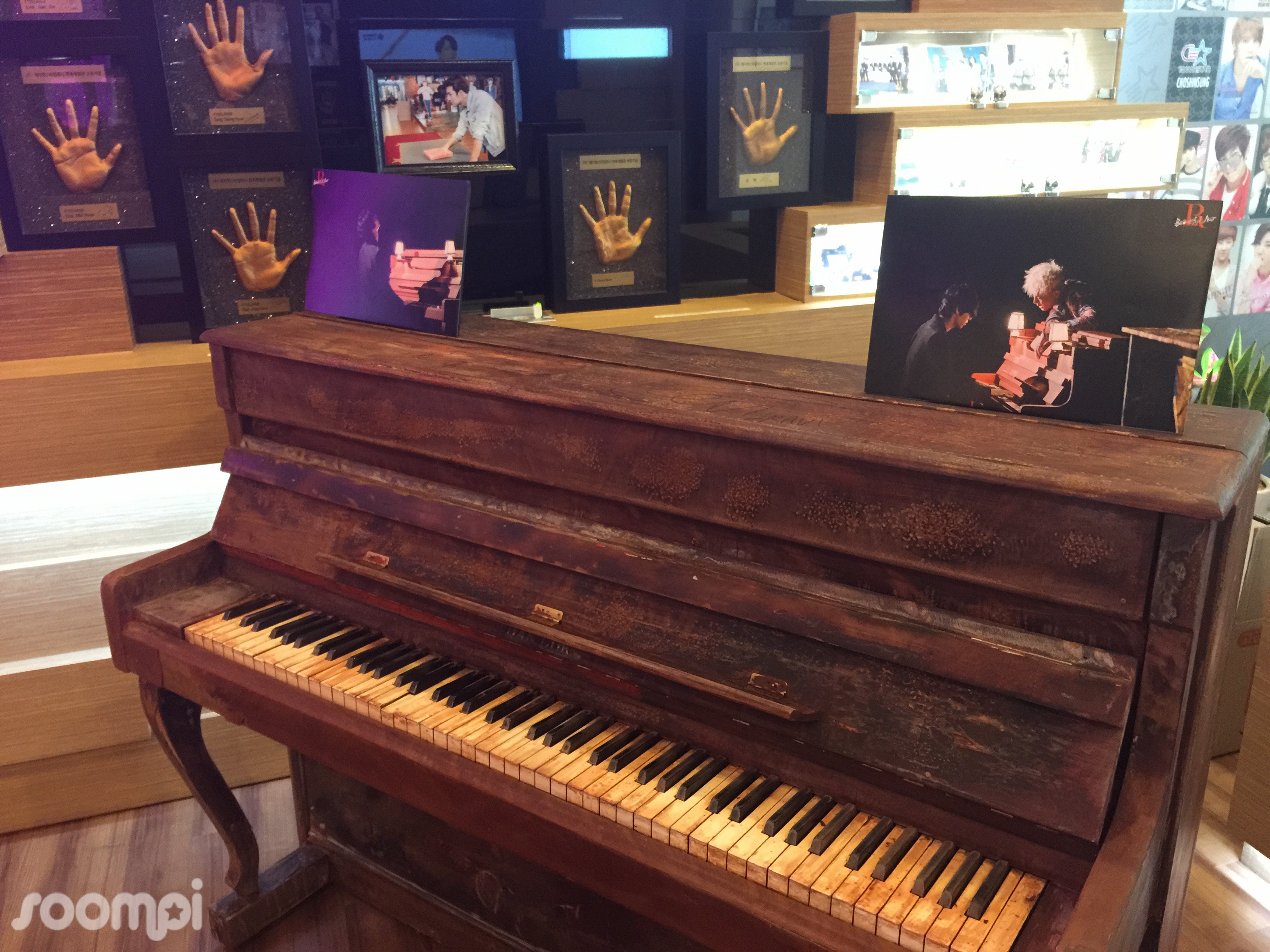 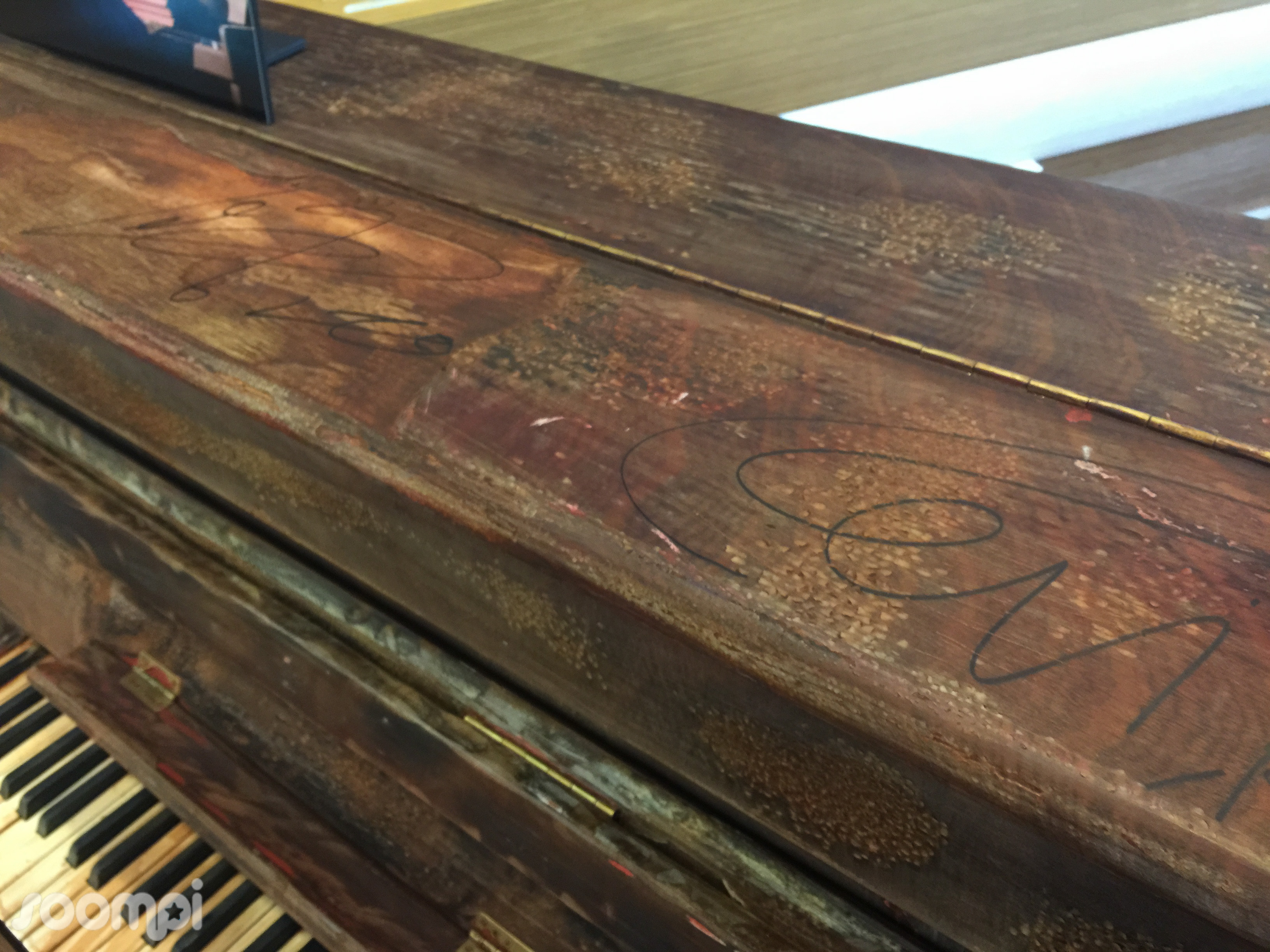 Toward the back of the room there was a large display of VIXX related goods, stage costumes, and items from debut until present, along with large signed cutouts of each of the members. On the opposite wall fans crowded around framed Polaroid that the members had taken, taking pictures of each one. 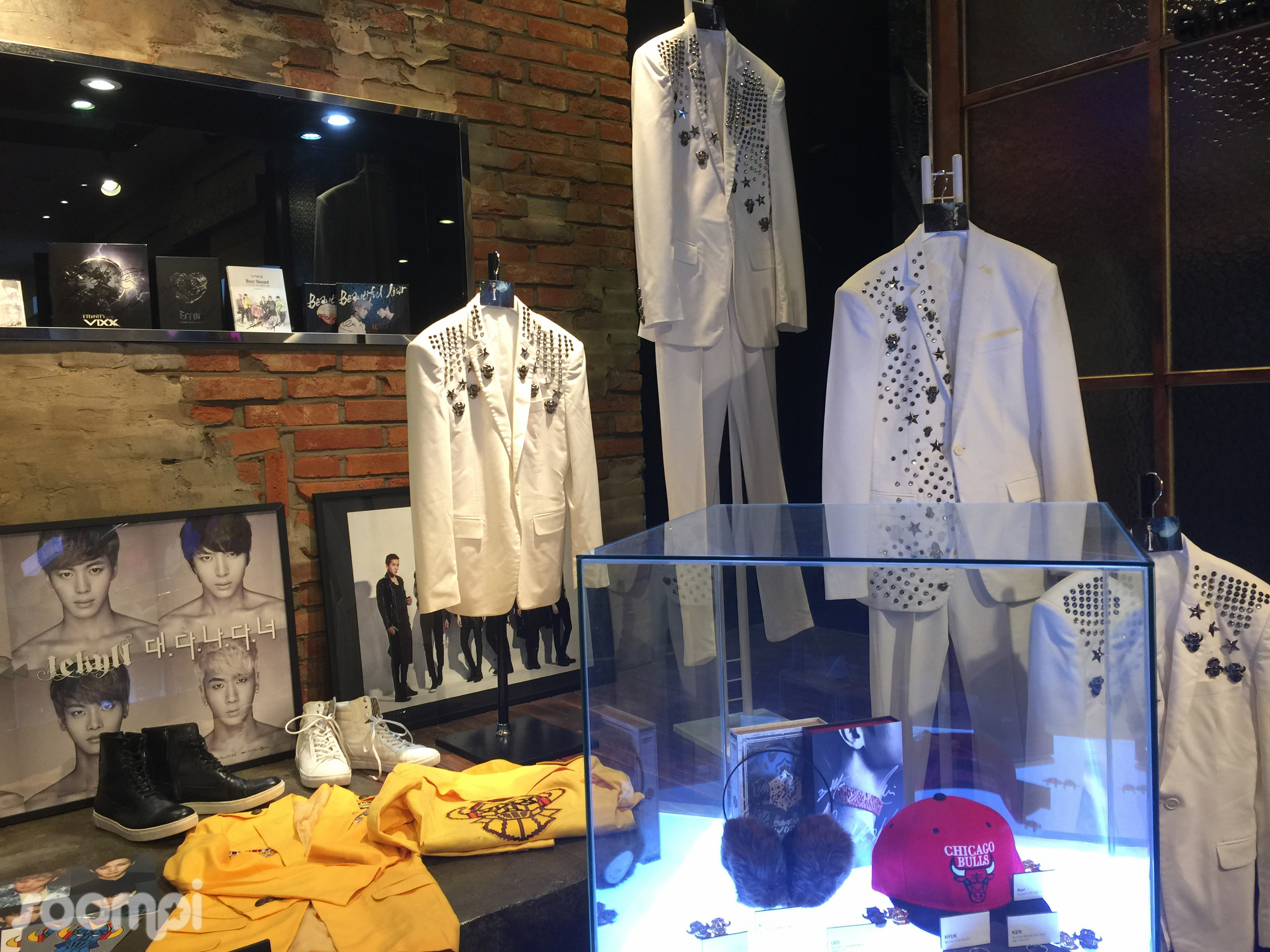 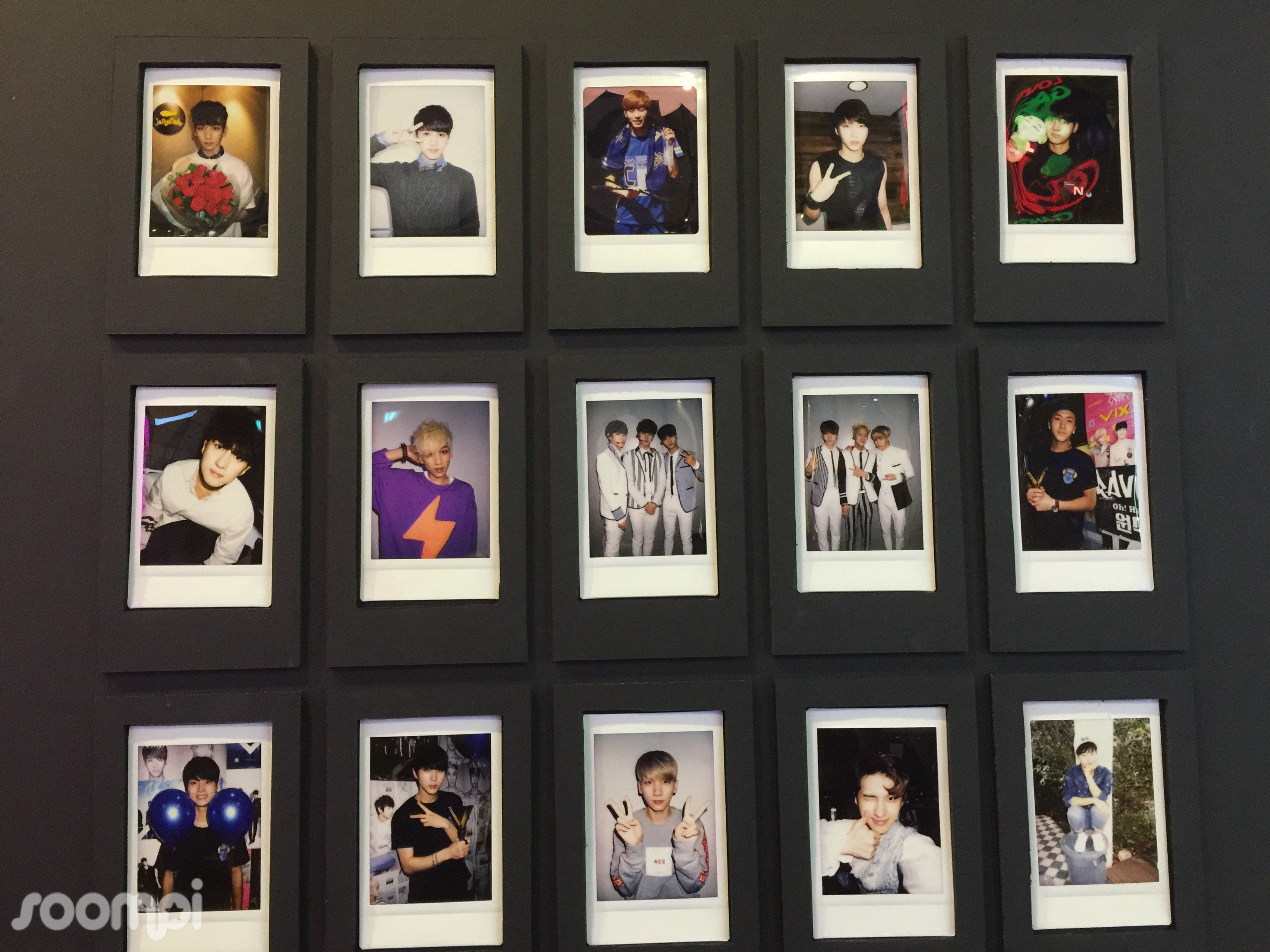 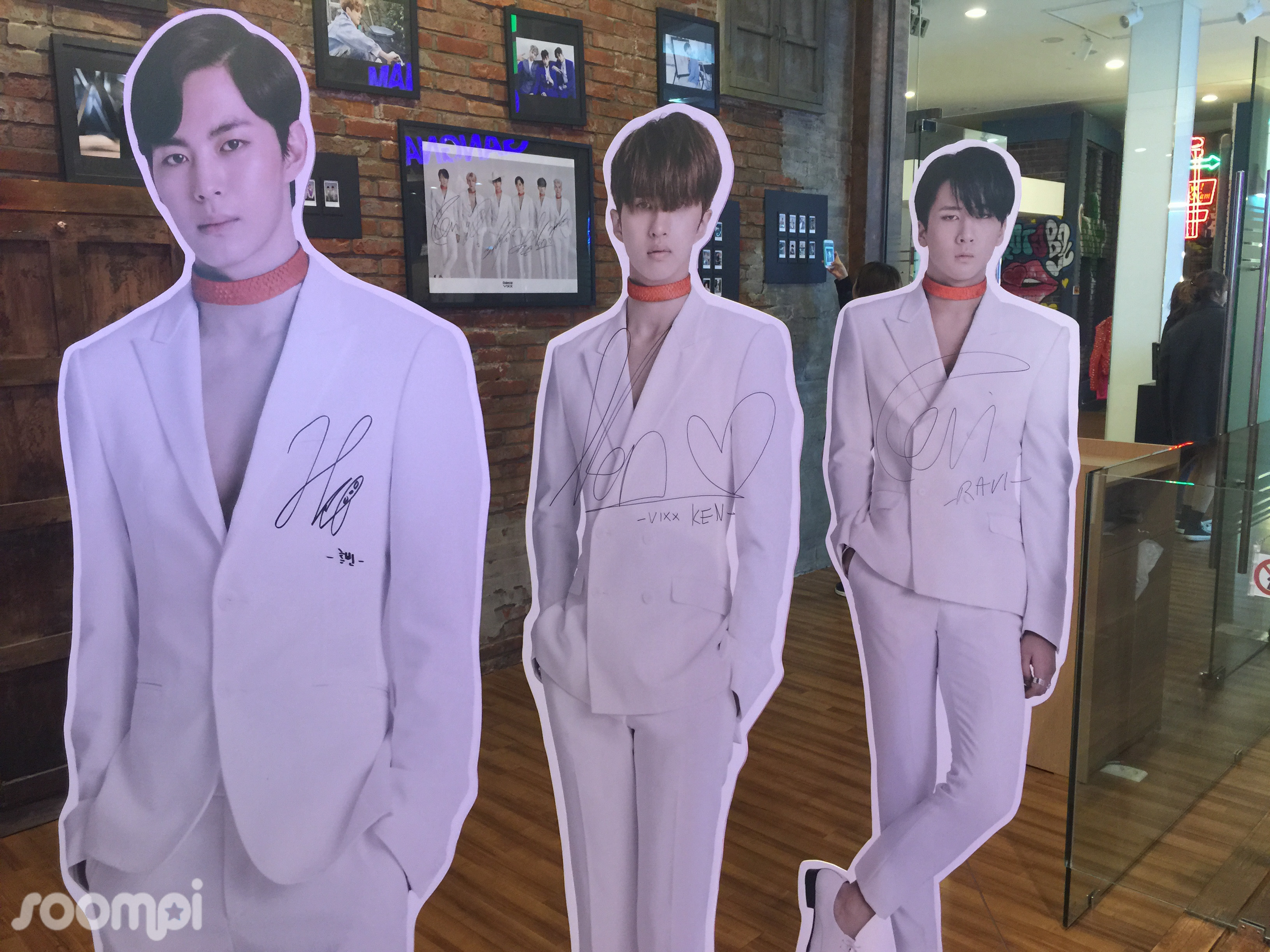 As the Gangnam Tourist Center is often used as the hub for K-pop related tourist activities, I also took the opportunity to check out the handprints of different stars lining the walls. EXO, Super Junior, and others had all left their handprints in the center. In addition, there was a small shop selling K-pop goods on the second floor, along with a makeup and beauty salon in the back. 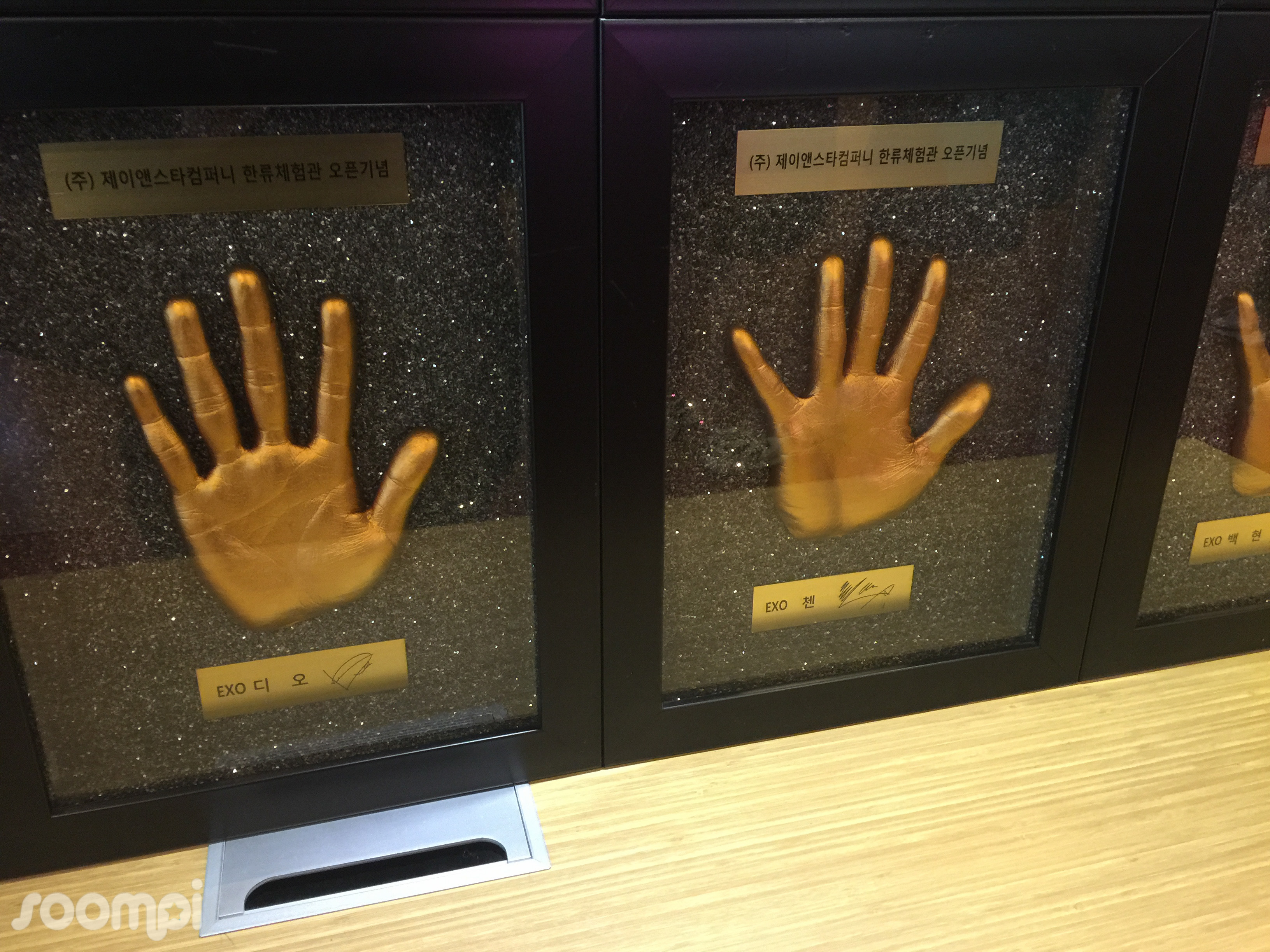 VIXX’s mini-exhibition will be running until January 23, 2016. 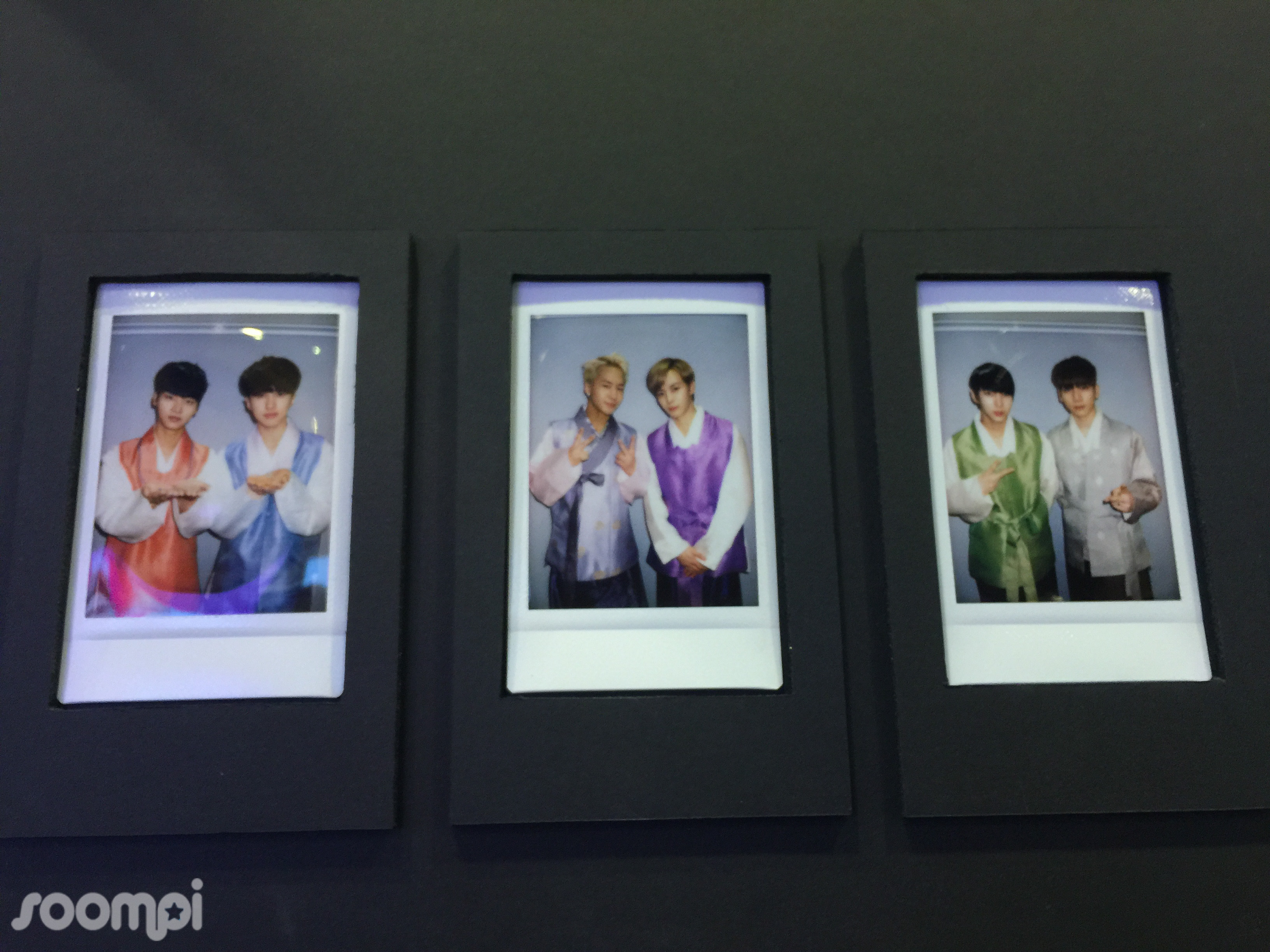 How to Get There: Take Line 3 to Apgujeong Station, come out of exit six and go straight, the tourist center will be less than a block down. 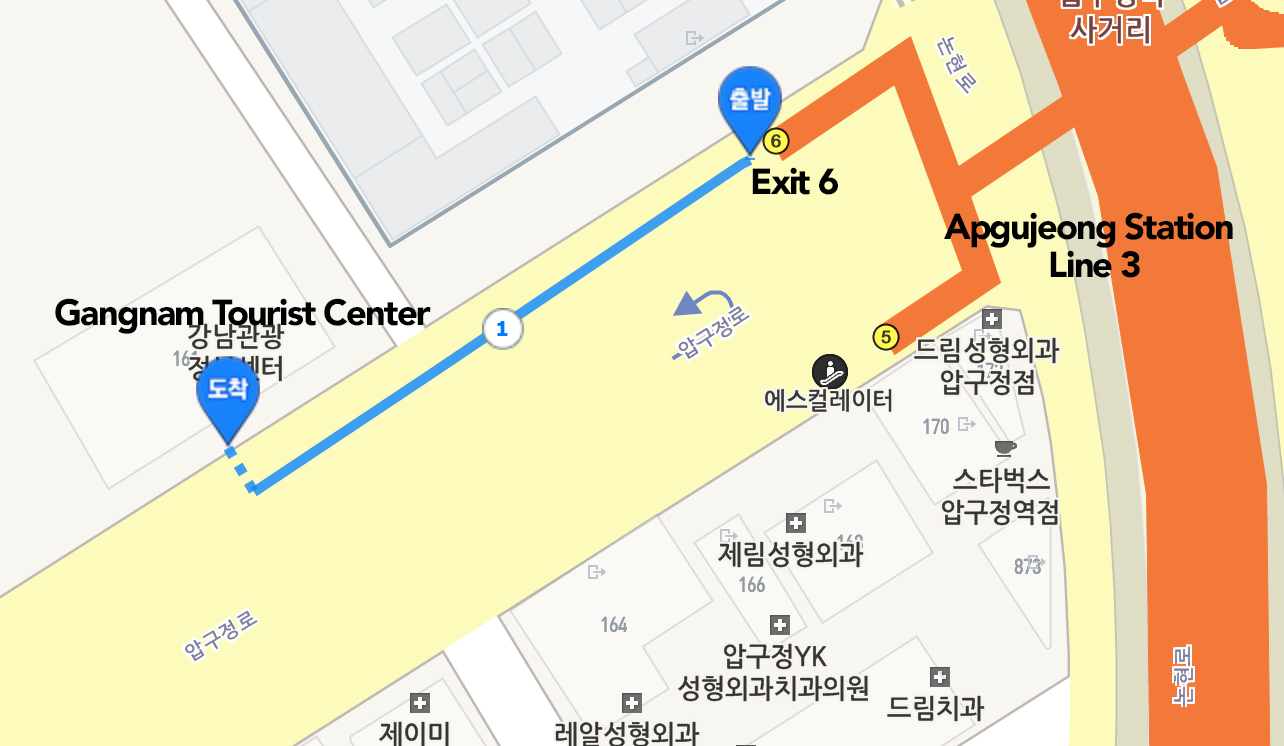 VIXX
Soompi Spotlight
Seouling
How does this article make you feel?