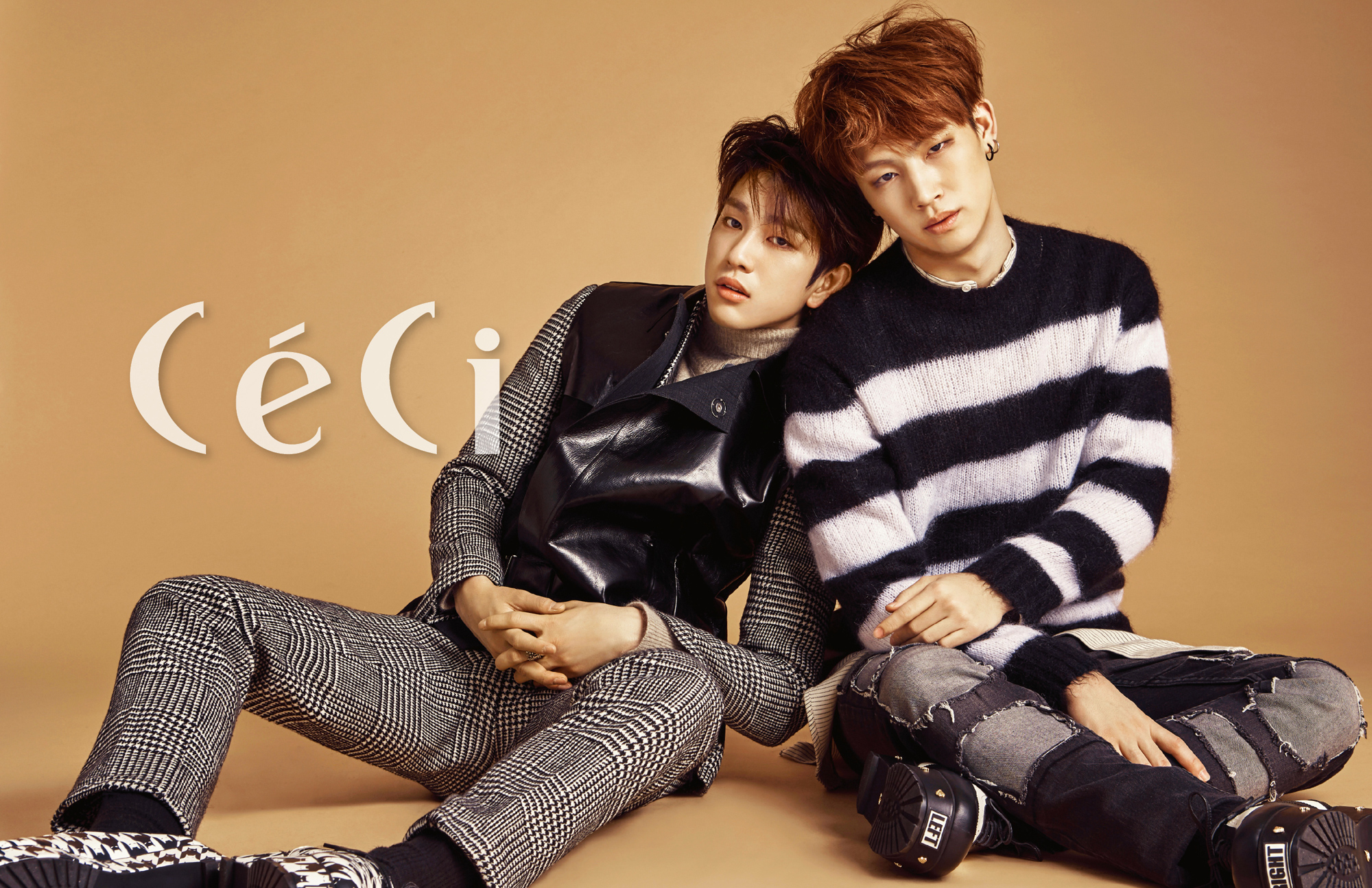 GOT7’s JB and Junior, who debuted in 2012 as JJ Project before becoming part of GOT7, recently reunited again as a duo in a pictorial for fashion magazine CeCi. The pair show off their good looks in a mix of eclectic fashions, pairing pinstripe and checkered suits with leather, ripped jeans, and chunky knits. 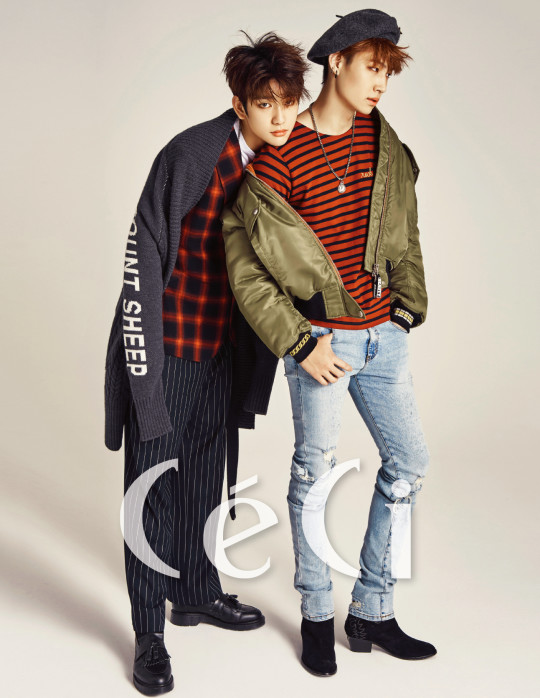 About their recent song, “If You Do,” Junior said, “We wanted to show people that GOT7 could have this kind of image. Rather than sticking to a single concept, because all our members are very different I think we can be a group that embraces many different concepts.”

JB, who is older, talked about how the two support one another. “We go to each other for advice. We often talk about the direction that GOT7 needs to go in the future.” Junior added, “When I’m concentrating, JB hyung always matches my atmosphere so I don’t lose my focus.”

The two of them also discussed GOT7’s plans for 2016. “I hope we can try a lot of different things,” Junior said. “We often meet as a team to discuss the things we want to do in the coming year. I hope in 2016 we can start the things that we have planned and have lots of new opportunities. For example, things like GOT7 directly making an album, or each of the members doing solo activities.”

The full interview and the rest of the pictorial can be found in CeCi’s January issue.

GOT7
Junior
CeCi
JB
How does this article make you feel?