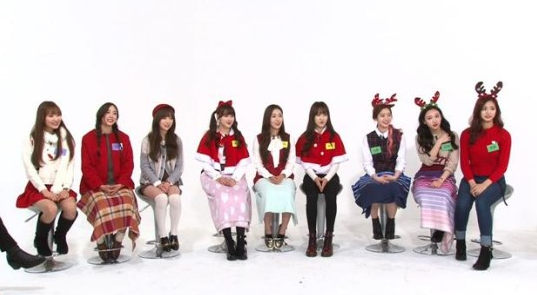 TWICE, Lovelyz, and GFRIEND Battle It Out on “Weekly Idol” Christmas Special

The upcoming episode of MBC Every1’s “Weekly Idol” will be a Christmas special featuring the three rookie girl groups Lovelyz, GFRIEND, and TWICE.

Temporary MC Heechul prepares limited edition Christmas presents for his juniors and the girls show off their competitive streak as they battle it out to see who gets the prize.

The three groups, who are known for their energy, have an “Excitement Face-Off.” While all three groups put on comic costumes and fool around, TWICE’s Nayeon and Dahyun first steal the show by rocking out to Super Junior’s “Rokkugo” while Dahyun re-enacts the “eagle dance” that made her famous on YouTube. 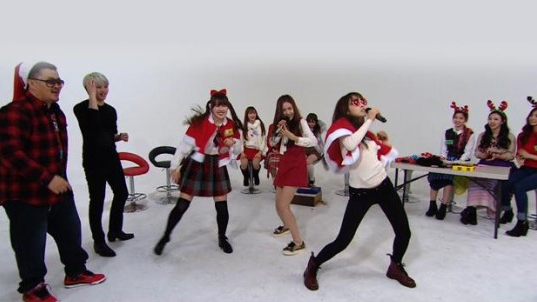 Afterwards, Lovelyz’s Jisoo, Soojung, and Kei perform Orange Caramel’s “A-ing” and perform a crazy but cute dance to go along with the song. Finally, GFRIEND’s Yerin, Yuju, and ShinB show off a crazy dance like never before, partying to BIGBANG’s “Fantastic Baby.” The members perform a comic dance while Yuju surprises everyone with her tumbling.

The episode will broadcast on December 23 at 6 p.m KST.

Lovelyz
GFRIEND
TWICE
Weekly Idol
How does this article make you feel?