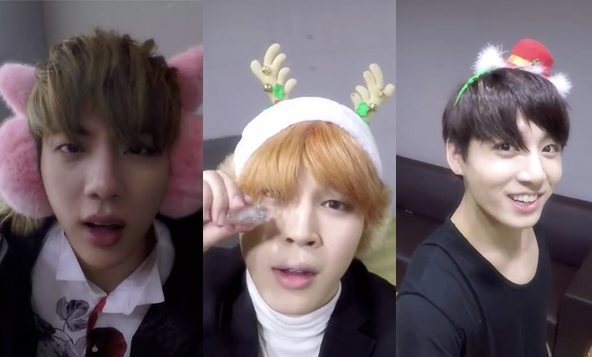 BTS fans are guaranteed to have a merry Christmas this year thanks to a surprise present from the guys!

On December 24 at midnight KST, BTS posted a “Christmas version” of the music video for their hit track “Run,” featuring footage that the members took themselves. With a lot of Christmas-themed headgear, goofing off, running down the hallways, dramatic lip syncing, and some fantastic editing, the video is sure to make you smile.

BTS most recently took home their fourth music show win for “Run” on December 16’s episode of “Show Champion.” Meanwhile, the group’s latest mini album “The Most Beautiful Moment in Life Pt. 2” has been incredibly successful, both on domestic and international charts.

What’s your favorite part of the Christmas version of “Run”?

Support the artist by buying The Most Beautiful Moment in Life Pt. 2 from YesAsia
BTS
How does this article make you feel?