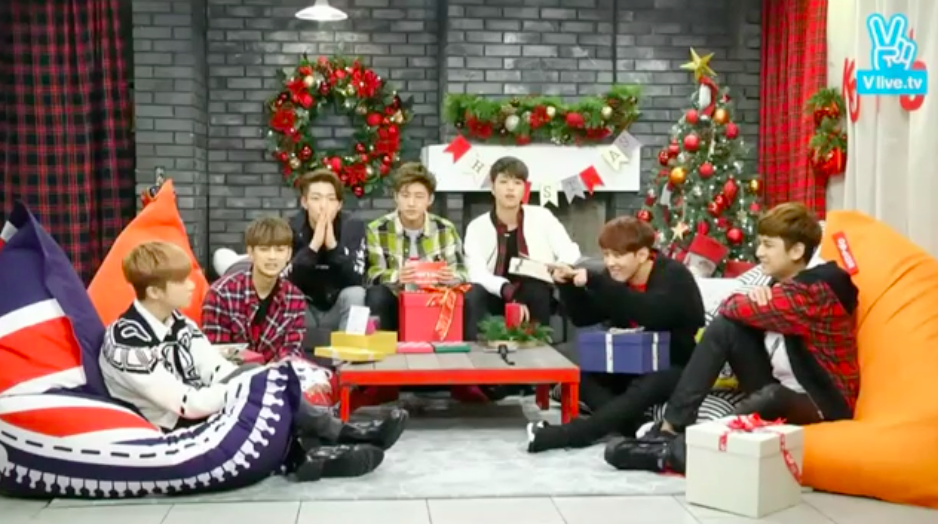 iKON has thanked BIGBANG member G-Dragon for gifting them with a song that has been included on their new album.

It was reported last week that G-Dragon had given iKON the song “I Miss You So Bad” after composing it with DEE.P and then deciding the song would be better suited for another group. The lyrics for the track were written as a collaboration between G-Dragon and iKON members B.I and Bobby.

As iKON counts down to the midnight release of their first full-length album on December 23 with a live broadcast on Naver’s V app, they play the song for fans. Watch the video of the guys enjoying the finished product off their album below!

They explain during the show, “G-Dragon came into our recording studio and told us to try this song, and gave it to us.”

iKON’s leader B.I says, “It means a lot. We’re the first group outside of BIGBANG that he’s given a song to. He cares about us that much.” He then thanks G-Dragon for the track.

The group also says, “Our sunbae’s precious song is a big help to our full album. We’ll work hard to become an awesome group like our sunbaes.”

iKON’s first full album “Welcome Back” was dropped at midnight KST on December 24, and features their two title tracks “What’s Wrong?” and “Dumb and Dumber.”

Support the artist by buying iKON Debut Full Album - Welcome Back from YesAsia
iKON
How does this article make you feel?