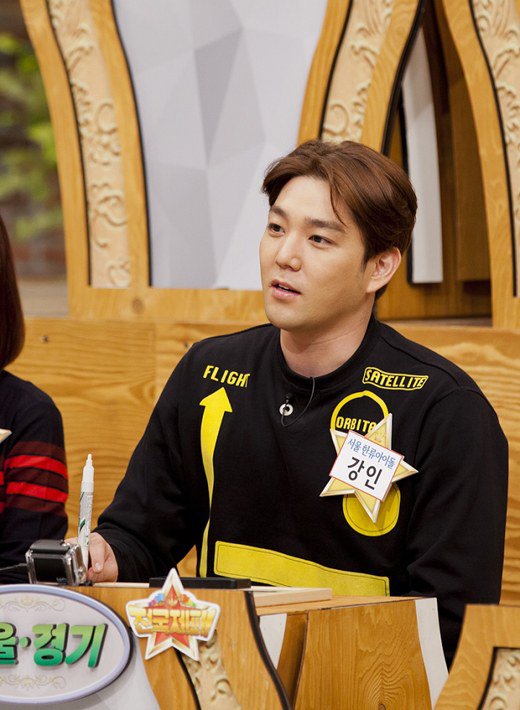 During the recording of the show, Kangin commented, “Now that I’m in my thirties, I regret not having dated a lot in my twenties. I tend to date one person for a long time. I remember women who dated me all ended up crying.”

Kangin added, “It’s not that I was mean to them. I was more interested in hanging out with my friends rather than with my girlfriend. I even planned dates around meeting my friends. So, my girlfriends used to question me if I truly liked them or not.”

MC Jun Hyun Moo asked what his ideal type of woman was. Kangin replied, “I like older women. Someone who is similar to me.” He cracked everyone up when he said, “But since I’m of the age where I should think about marriage, I don’t think it’ll be easy to find someone who is about five years older than me.”

Kangin asserted, “She doesn’t have to be older than me. I’m attracted to someone who is smart, sensible, and will make a good wife. But I don’t think it’ll be easy to find a woman like that. Fortunately, I’m not considering marriage at the moment.”

This episode of MBN’s “Nationwide Domination” will air on December 27 at 9:30 p.m. KST.

Nationwide Domination
Kangin
How does this article make you feel?