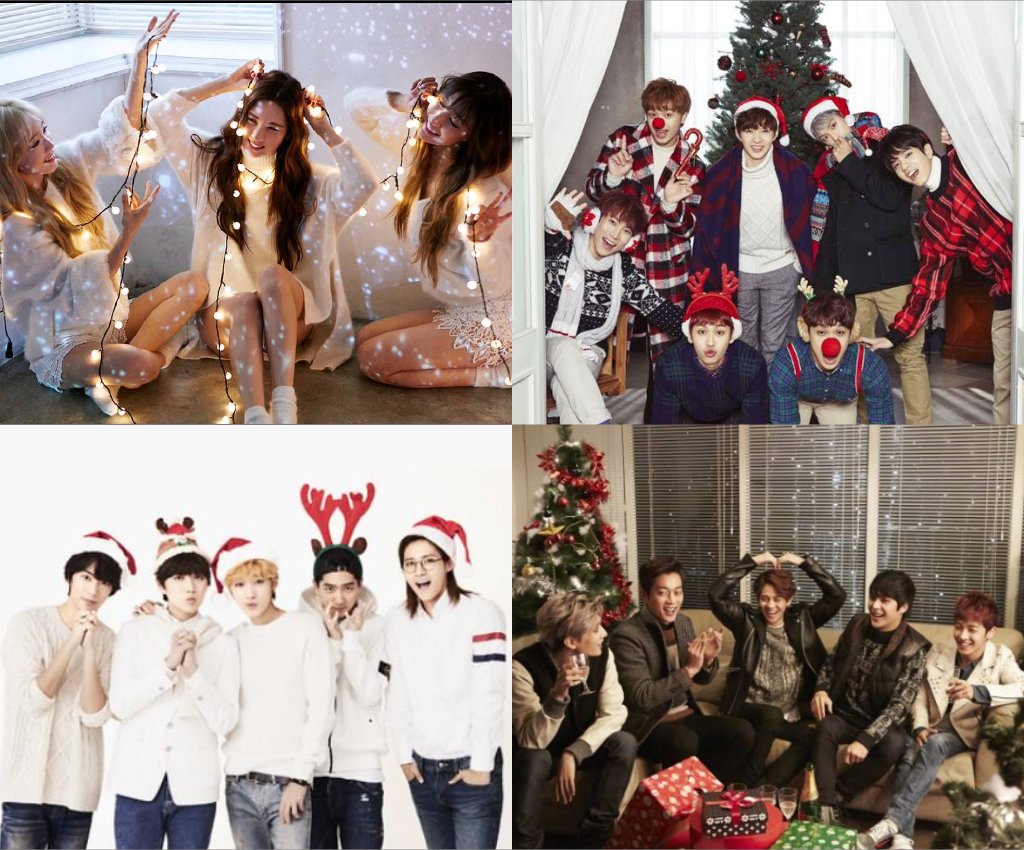 K-Pop Idols Who Will Spend the Holidays With Friends, Family, and Fans

The year of 2016 will be hitting all of us very soon. Everyone has worked endlessly throughout the year of 2015. Therefore, we all need some time to recharge ourselves. Nobody should have to spend Christmas alone. It is that time of year to spread the love and cheer around with one’s friends and family, and while there are many idols who will be working through the holidays, many others are doing exactly that.

BEAST has not planned any work schedules on December 24 and 25 in order to spend time with friends and family in their hometowns. 4Minute will also be enjoying their holidays with a nice break from work. Despite preparing for her album, singer Park Bo Ram will also be taking a short break from her schedules to spend time with her family. Davichi’s Lee Haeri has planned to take a nice vacation trip.

Some artists will be spending the holidays making special memories with their fans. On December 24, Girls’ Generation will be holding a concert in Japan and on December 26, BTOB will be having a fan-meeting in Indonesia. NU’EST will also be going on the stage in Japan on December 26.

B1A4 is having a special Christmas event in Tokyo and B.A.P is holding a fan-meeting there as well. Jung Joon Young and his band will be holding their concert in Shanghai on December 26.

Now that you know what your favorite stars are doing for the holidays this year, share your own special plans in the comment section below!